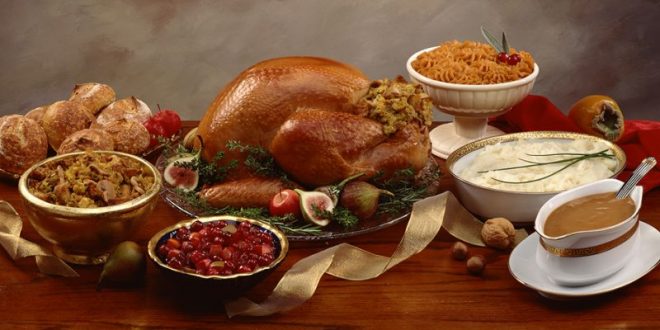 Here’s what eating Thanksgiving dinner does to your body

Thanksgiving is a special time of year to get together with family and friends and think about what you’re most grateful for. But let’s be honest — it’s really all about the food, from the roast turkey, which typically takes center stage, and cranberry sauce to stuffing and mashed potatoes with gravy. And let’s not forget pumpkin pie.

With so many delicious dishes within reach, it’s hard not to get carried away by filling your plate — and your belly — to capacity. In fact, a typical holiday dinner like Thanksgiving can have around 3,000 calories, according to the Calorie Control Council, which is well above the total calorie recommendations for women and men in an entire day. So what happens when you overdo it at the Thanksgiving table?

What happens when you overeat in general

Your stomach is “about the size of a standard American football,” Alaina Castro, clinical dietician with the Stanford Bariatric and Metabolic Clinic, tells Yahoo Lifestyle. When your stomach is empty, it typically only has room for about 2 ounces. The good news is that “the stomach can definitely stretch,” Diane Vizthum, registered dietitian and research nutritionist for Johns Hopkins University School of Medicine, tells Yahoo Lifestyle.

When you eat, the stomach can typically stretch to hold 1-1.5 liters (about the size of a quart and a half of milk), or even more depending on the individual. “There are folds in your stomach called rugae,” explains Vizthum. “They’re crumpled up and can expand when you eat.” When the rugae have expanded enough, that sends a signal from the digestive system to the brain saying that you’re getting full. “Everyone’s capacity of where you start to feel that is a little bit different,” says Vizthum. “If you habitually eat large volumes, you can stretch it out a bit.”

One of the first telltale signs that you’ve overdone it at Thanksgiving dinner is feeling physically uncomfortable. “If you eat a really large meal and your stomach is really full, you can have discomfort from having your stomach stretched beyond its normal size,” says Vizthum.

Along with gas, you can also experience some heartburn and acid reflux as the contents in your stomach push against the lower esophageal sphincter, which is like a portal that “opens and shuts the top of your stomach,” says Vizthum.

Of course, your body has to do the work of digesting, absorbing and storing all the nutrients you just ate. So your heart rate will go up a little bit to increase blood flow in your digestive system, explains Vizthum. “Your body will have a lot of work to do, and that can make you feel tired,” she says.

What happens when you eat that turkey

Talk turkey and it’s only a matter of time before someone brings up tryptophan — an essential amino acid, which is a building block of protein, that’s often blamed for Thanksgiving sleepiness. “The tryptophan molecule itself is converted to [the feel-good hormone] serotonin and melatonin — the hormone that regulates sleep,” explains Vizthum. “That’s how it gets the reputation for making you sleepy.”

RELATED:  Here are the food recalls to be aware of for Thanksgiving dinner

But here’s the thing: Turkey isn’t the only form of protein that contains tryptophan. Chicken, fish and shellfish, beef, pork and lamb all have similar tryptophan levels, points out Vizthum. So unless you start yawning after eating those other sources of protein, your Thanksgiving drowsiness may have more to do with the overall effect of eating a large holiday meal — and not the turkey per se, says Vizthum.

Samantha Cochrane, registered dietitian at The Ohio State University Wexner Medical Center, agrees, telling Yahoo Lifestyle: “It’s a common myth that the tryptophan found in turkey is the reason we are all so tired after a Thanksgiving dinner.” She adds: “Very little of the tryptophan that we eat makes it to our brain and really shouldn’t have an effect on our energy level. What’s really making us feel tired, however, is not tryptophan, but the quantity of food we eat. With a lot of food, comes a lot of digestion, making us want to rest.”

Also, getting in some turkey — or any form of lean protein — is your ally on Thanksgiving. That’s because including protein in a meal can stabilize how quickly you digest carbohydrates for a slower release of energy, notes Vizthum.

What happens when you load up on carbs

That quick rise and fall in blood sugar levels can leave people feeling tired — or looking for more food for another pick-me-up, notes Vizthum. But, again, eating those carbs along with some protein, fat and fiber, such as from vegetables, helps slow down digestion and lets the body absorb sugar more slowly, she says. “So if you eat turkey for your protein, plus one white roll for your carbohydrates — whole wheat would be better — and a side of green beans cooked in olive oil for your fat, you will have less of a blood glucose spike and stay fuller longer,” explains Castro.

What happens when you dive into dessert

That influx of sugar can give you a quick energy boost, but that’s usually followed by a rapid drop in energy. The influx of sugar causes the pancreas to produce insulin quickly to move the sugar from the bloodstream into the cell, explains Cochrane. “Anything that isn’t used fairly quickly for energy can be stored as fat,” says Vizthum, who adds that we’re less likely to burn off that sugar since we’re typically relaxing, rather than being physically active, on Thanksgiving.

So what should your plate look like if you’re trying to not get carried away on Thanksgiving?

“We tend to overdo it,” says Vizthum. But there are some painless ways you can prevent yourself from overeating on the holiday. A good guideline, in general, for a healthy plate is to fill half of it with vegetables and some fruit, and the other half with protein and whole grains. “For Thanksgiving, it’s a little tricky because it’s one meal and often a time when there’s very special food around,” says Vizthum.

RELATED:  Here are the food recalls to be aware of for Thanksgiving dinner

She recommends being selective about what you’re putting on your plate. Skip foods that aren’t that special to you, get some protein and non-starchy vegetables on your plate, and stick with small portions of the foods you really love. “I am a big fan of people having a little bit of everything,” says Castro. “Make sure the main part of the plate is a protein — turkey is great — and some non-starchy vegetables like Brussels sprouts, green beans, salad, carrots, etc. Add some of the holiday favorites like stuffing or mashed potatoes, but try to limit their portions.” Castro also says that “adding some cranberry sauce and gravy is completely appropriate on Thanksgiving, too.”

Also, pay attention to your body’s cues that you’re getting full and know when to step away from the Thanksgiving feast. “The big thing is not eating to the point of discomfort,” says Vizthum, who recommends eating slowly since it takes about 20 minutes for signals to reach the brain that you’re getting full, as well as munching mindfully, paying attention to flavors and textures.

And if you do get carried away? Don’t beat yourself up. “This is one meal out of the entire year,” says Vizthum. 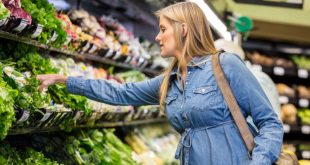