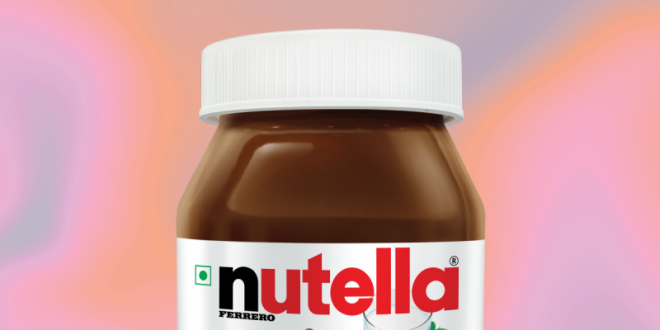 As if January wasn’t bleak enough already. Now, we may not even be able to eat one of our favourite comfort foods anymore without knowingly risking our health.

Foods that contain palm oil could pose a cancer risk, according to the European Food Safety Authority (EFSA), and Nutella has so far faced the brunt of the public backlash.

The report by EFSA said palm oil is more carcinogenic than any other oil, echoing similar claims made by the World Health Organisation. Several retailers in Italy – including Coop, the country’s biggest supermarket chain – have even boycotted the chocolate and hazelnut spread over the claims.

But Ferrero, which makes the spread, has hit back by launching an advertising campaign to assure people that its product is safe. Nutella is the company’s flagship product and makes up about a fifth of its sales, The Telegraph reported.

The company said it will keep using palm oil in Nutella, despite fears over its safety, to preserve the spread’s quality. The oil is apparently used to give the spread its smooth texture, Ferrero said, adding that no other oils would work in the same way.

Vincenzo Tapella, Ferrero’s purchasing manager, told Reuters: “Making Nutella without palm oil would produce an inferior substitute for the real product, it would be a step backward.”

Ferrero didn’t mention that palm oil is one of the cheapest oils and that switching to alternative oils, such as sunflower or rapeseed, could increase the cost of making Nutella by up to as $22m (£18m), Reuters reported. Ferrero hasn’t yet commented on these figures.

Palm oil is dangerous because it produces compounds called glycidyl fatty acid esters (GE) when it’s heated above 200 degrees celsius, a process involved in the manufacturing of many foods.

“There is sufficient evidence that glycidol is genotoxic and carcinogenic,” said Dr Helle Knutsen, chair of Contam, the EFSA panel that investigated palm oil in May. “Therefore the Contam panel did not set a safe level for GE.”

These compounds can also be found in other vegetable oils, margarines and processed foods, but they are found in higher, potentially dangerous, amounts in palm oil, the ESFA report said.

Palm oil has been controversial for a while – and not just for health reasons. According to a report by Amnesty International in November, global brands such as Colgate-Palmolive, Kellogg’s, Nestlé, Procter & Gamble, Reckitt Benckiser and Unilever have been using palm oil produced by children – some as young as eight – working on hazardous Indonesian plantations.

It has a well-known harmful impact on the environment, too, having been linked to mass deforestation and the loss of habitats of endangered species such as orangutans.

It’s a sad state of affairs, but it’s probably time to look for a healthier and more ethical alternative to our favourite chocolate spread.

Update: A spokesman from Ferrero sent the following statement: “The health and safety of consumers is an absolute and first priority for Ferrero and we confirm that Ferrero products are safe. EFSA (European Food Safety Authority) has analysed the presence of contaminants in a large number of products and oils stating that the presence of contaminants depends on the oils and fats used as well as the processes they are subjected to.

“It is for this reason that Ferrero carefully selects quality raw materials and applies specific industrial processes that limit their presence to minimum levels, fully in line with the parameters defined by the EFSA. In addition, our Quality teams constantly monitor such factors and guarantee the food safety of our products to the consumer.”