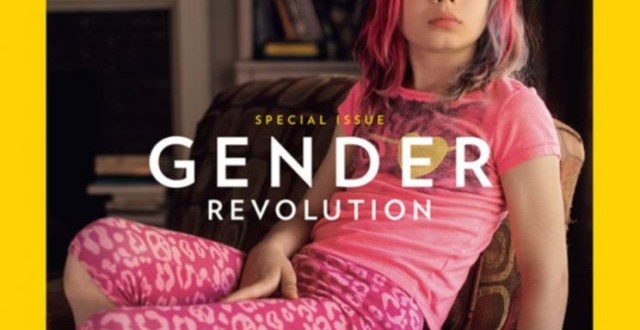 National Geographic Puts a Young Trans Girl on the Cover

The January 2017 issue of National Geographic features a major first in the the storied 128-year-old publication’s history — for the first time ever, the cover features a transgender individual.

The special “Gender Revolution” issue features interviews with more than 80 transgender and gender-expansive youth across the globe.

And most notable of all, the person who had the honor of being on the cover is 9-year-old transgender girl Avery Jackson of Kansas City, Mo.

On the cover, Avery is quoted as saying, “The best thing about being a girl is, now I don’t have to pretend to be a boy.”

Avery gained national attention last year for a video diary she created and released to underscore to those who might not understand that as a transgender young girl, she is in fact, in her words, “just a normal girl.”

Avery’s mother, Debi, is a member of the Human Rights Campaign’s (HRC) Parents for Transgender Equality Council, which was launched on Nov. 14. Debi’s LGBT advocacy work made national headlines when a video of a 2014 speech she gave went viral. In the speech, she explained that she is a “conservative, Southern Baptist, Republican from Alabama.” She said, “My God taught us to love one another. My daughter is a girl in her heart. She knows it. God knows it. And that’s good enough for me.”

Unfortunately, many young transgender people still struggle with the stigma that persists and often leads to discrimination and violence. Seventy-five percent of transgender youth reported feeling unsafe in school, according to the National Center for Transgender Equality. In a national survey on transgender discrimination, 78 percent of students reported harassment, 35 percent said they had been physical assaulted, and 12 percent reported instances of sexual violence.

These kinds of threatening sentiments can have tragic results. According to the Centers for Disease Control and Prevention (CDC), 25 percent of all transgender youth report attempted suicide. Because of this, the CDC recommends that schools actively prohibit bullying, harassment, and violence against all students; identify “safe spaces,” where LGBT students can receive support from teachers and administrators; encourage student-led and student-organized clubs that promote a safe and welcoming environment; and facilitate access to community-based providers who have experience in providing social, psychological, and health services to LGBT youth.

Under the Obama administration, the Department of Education issued guidance for schools outlining protections for transgender students as guaranteed under Title IX, the federal law that prevents sex-based discrimination in educational environments. Under this guidance, schools are required to treat and address all students according to their self-identified gender identity, meaning that transgender students should be guaranteed access to locker rooms and bathrooms that correspond with their gender identity and that these students should be referred to by their preferred name and pronouns in classroom settings.

It is estimated that 2 to 5 percent of all Americans are transgender.