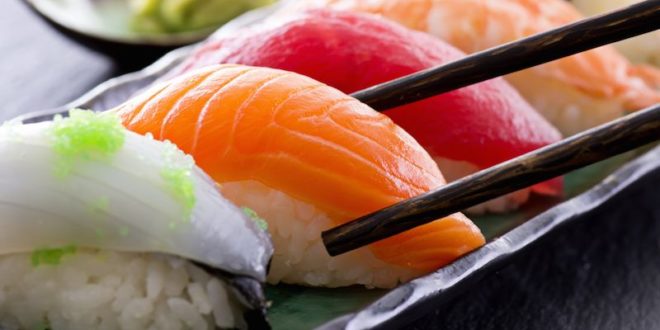 A 32-year-old man in Portugal went to the hospital after experiencing stomach pain, vomiting and fever. The culprit? A parasitic worm called Anisakis in the sushi he had just eaten.

The incident highlights an increasing number of infections from a parasite found in raw fish that doctors are seeing in Western countries, as sushi dishes rise in popularity, according to a new report.

In the report, doctors in Portugal describe getting to the bottom of the man’s stomach pains. When he revealed his sushi consumption, they suspected he might have a parasitic infection. Using an endoscope — a flexible tube with a camera — doctors examined the man’s upper digestive tract, and were able to see the parasite attached to his gut lining. Doctors removed the parasite and determined that it was indeed an Anisakis worm. Illnesses caused by this worm are known as anisakiasis.

Previously, cases of anisakiasis were mainly seen in Japan. But “owing to changes in food habits, anisakiasis is a growing disease in Western countries, which should be suspected in patients with a history of ingestion of raw or undercooked fish,” the researchers wrote in the May 11 issue of the journal BMJ Case Reports.

Common sources of this parasite include cod, haddock, fluke, pacific salmon, herring, flounder and monkfish, as well as squid, according to Stanford University. Because this parasite is found in fish, anyone who eats raw or undercooked fish is at risk of contracting the parasite, according to the Centers for Disease Control and Prevention. Thus, the best way to prevent this illness is to avoid consuming raw or undercooked fish, the agency says.

Previous 29,000 Chinese institutions hit by cyberattack
Next Chef who chopped up transgender wife before cooking her body parts in apartment told workman to “ignore the smell” 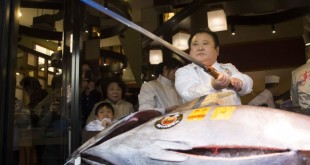