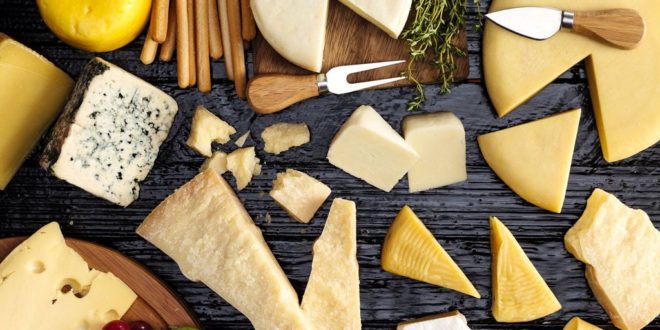 Word of the day: turophile, which is someone who really, really likes cheese. And it’s a great day for turophiles, with British researchers finding cheese doesn’t hurt your health.

For years, cheese fanciers have fretted that those helpings of brie, camembert and crumbly cheddar (so good) increase the risk of heart disease — but a massive analysis by a University of Reading team, published in the European Journal of Epidemiology, indicates that may not be so.

The analysis, which included almost 1 million people, found that a diet high in cheese and other dairy foods did not boost the likelihood of heart disease, stroke or early death.

Researcher Jing Guo, a University of Reading nutrition scientist, said dairy has a “neutral association” on heart disease risk, and added that fermented dairy foods (your cheeses and yoghurts) might even improve heart health.

“This latest analysis provides further evidence that a diet that is high in dairy foods is not necessarily damaging to health,” she said in a statement.

Australians are officially advised to eat two-and-a-half serves of dairy a day, with a preference for reduced-fat dairy to limit consumption of saturated fat — traditionally vilified as “bad” fat because of its effect on “bad” cholesterol, despite increasing evidence suggesting that might not be the case.

“There’s quite a widespread but mistaken belief among the public that dairy products in general can be bad for you, but that’s a misconception. While it is a widely held belief, our research shows that that’s wrong,” Ian Givens, a University of Reading professor of food chain nutrition, told The Guardian.

“There’s been a lot of publicity over the last five to 10 years about how saturated fats increase the risk of cardiovascular disease and a belief has grown up that they must increase the risk, but they don’t.”

The Reading research is sure to be controversial in the medical community (and confusing to us everyday people), mostly because nutrition science is unbelievably complicated. The take-home message is, as usual, everything in moderation.

Professor Julie Lovegrove, another of the Reading investigators, said in a statement that the analysis “supports previous findings that dairy foods, such as milk, cheese and yoghurts, can be part of a healthy, balanced diet.”

The subtext: this isn’t an excuse to eat cheese for breakfast, lunch and dinner, but you can stop fretting about enjoying that crumbly cheddar if your overall diet is pretty good.

Some Australian researchers are on board with that message.

“Despite decades of research on whether eating saturated fat increases our chances of dying from heart disease, the results are not consistent. Some show eating high saturated fat is bad, whereas others do not,” Yutang Wang, a senior lecture at Federation University Australia, wrote for The Conversation this week.

“We may need to stop thinking about ‘bad’ saturated fat and ‘bad’ cholesterol. Rather, we should enjoy our meals containing moderate amounts of saturated fat and be physically active. That will be more effective in keeping us healthy.”

Previous If you’re trying yoga to treat depression, stick with it to see the benefits
Next So, What’s the Deal With Tooth Gems? Let’s Investigate