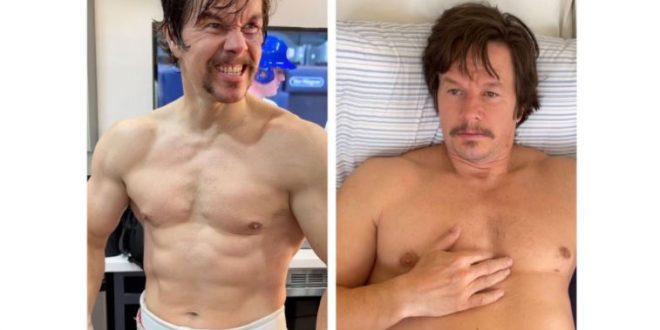 How your body reacts when you massively overeat

Mark Wahlberg initially enjoyed the rapid weight that was required for his film Stu, telling Jimmy Kimmel in April, “I just want to eat everything in sight.” But this week, the Departed star circled back to late-night TV to say he may have spoken too soon.

“Unfortunately, I had to consume, for two weeks, 7,000 calories, and then for another two weeks, 11,000 calories,” Wahlberg told Jimmy Fallon on The Tonight Show. “It was fun for about an hour. It’s such a hard, physical thing to do … even when you’re full, I would wake up after a meal and have another meal. I was eating every three hours.”

Wahlberg shared a post on his Instagram on May 3 showing a side-by-side of him in the role — first as a boxer at the top of his game, then as a retired, overweight athlete drawn to the priesthood. The 50-year-old told Fallon that the rapid weight gain he had to undergo was partly because of a tight filming schedule.

Although the two laughed about it on the show, Nicole Avena, a research nutritionist, neuroscientist and assistant professor of neuroscience at the Icahn School of Medicine at Mount Sinai, suggests that Wahlberg’s feat may have been a dangerous one. “Eating that many calories to gain weight in a short period of time is not a good idea,” says Avena. “Overeating highly processed, high-calorie foods can cause long-term changes in the brain that can make it difficult to lose weight and have a healthy relationship with food. It can also lead to metabolic disease, heart disease and other medical complications.”

Studies have shown that overeating at a single meal likely has little effect on an individual’s health, but studies analyzing an extended period of overeating support Avena’s concerns. One study published by researchers in Sweden in 2010 compared a small group of individuals who were asked to eat 4,000 calories a day for four weeks with another group who continued to eat around 2,000.

The test group (individuals who were was asked to double their caloric intake) gained an average of 14 pounds over the course of a month, while the control group gained none. Six months into the experiments, the test group had dropped about half of the new weight, but a year after their feasting month, they still reported higher body weight and higher body mass index than when the study began.

”Our study suggests that a short period of [overeating] can have later long-term effects by increasing body weight and fat mass in normal-weight individuals,” wrote lead researcher Asa Ernersson from the Linkoping University in Sweden. But increased body weight may not be the only issue. Another study, published by the Mount Sinai Medical Center in 2012, looked at the effects of short-term overeating on the brain and concluded that “overeating can cause a malfunction in brain insulin signaling, and lead to obesity and diabetes. … [it] impairs the ability of brain insulin to suppress the breakdown of fat in adipose tissue.”

Avena agrees. “Eating larger meals that frequently is not safe and can alter your body’s natural hunger signals and cues,” she says. “[This] can impact the way your body metabolizes calories and nutrients.” But the way in which Wahlberg gained weight isn’t the only thing that worries her. Also on The Tonight Show, Wahlberg mentioned the difficulty of now losing the weight he gained, saying, “Losing weight, you just kind of tough it out, you just don’t eat, and exercise.”

But that’s not what the experts would recommend. “With regard to losing weight, it is never a good idea to just ‘not eat,'” says Avena. “Not eating can cause your body to go into starvation mode, which can actually make it harder to lose fat.” Dietary Guidelines for Americans, set by the Department of Agriculture and the Department of Health and Human Services, suggest a diet of between 1,600 and 2,400 calories per day for females and between 2,000 and 3,000 calories per day for males.

For more information about that and other dietary questions, visit dietaryguidelines.gov.