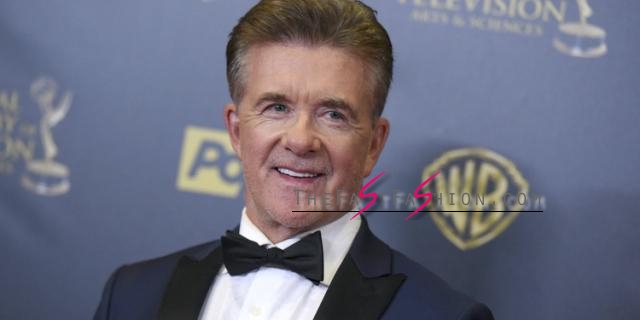 Alan Thicke’s Death: How Do Heart Attacks Kill So Fast?

Exercise can trigger a heart attack, but that doesn’t mean you shouldn’t work out.

Actor Alan Thicke died after a heart attack on Tuesday, TMZ reported. But why do some people survive heart attacks, while others don’t?

Heart attacks occur when blood flow to the heart muscle is blocked, starving the muscle tissue of oxygen, which causes damage. Thicke, who was 69, was playing ice hockey with his son when he suffered his heart attack on Dec. 13. The “Growing Pains” star was pronounced dead shortly afterward in the hospital.

For a heart attack to quickly lead to death, the damage to the heart needs to be great enough to cause the heart to beat irregularly and eventually stop entirely, said Dr. Suzanne Steinbaum, a preventive cardiologist at Lenox Hill Hospital in New York City. Steinbaum was not involved in Thicke’s case.

The irregular heartbeats that result from the lack of oxygen start from the bottom of the heart, and aren’t strong enough to generate blood flow, Steinbaum told Live Science. When this occurs, “the heart becomes very agitated,” she said.

The heartbeat becomes more of a quiver than a decisive pump, which is also called fibrillation, and blood stops flowing, Steinbaum said. This can quickly lead to the heart stopping, she said.

It’s also possible that the damage to the heart muscle doesn’t lead to an irregular heartbeat until a little while after the heart attack occurred, Steinbaum said.

And a person can also die from a heart attack that causes no irregular heartbeat at all — the heart muscle can be so damaged from the lack of oxygen that the heart can no longer pump enough blood, which can lead to death, she said.

For death to occur immediately or shortly after a heart attack, there had to be a very large blockage that damaged a lot of the heart muscle, Steinbaum added.

It’s unclear what symptoms and risk factors Thicke had, if any, before his heart attack.

But people can have a heart attack even if there were no symptoms leading up to it, Steinbaum said.

Often when this happens, the heart attack is the result of a ruptured plaque in a person’s artery, Steinbaum said. Plaques are buildups of cholesterol and inflammatory cells that form along the wall of a blood vessel, partially blocking it. If a plaque ruptures, the body sends platelets to fix the rupture, which leads to more blockage that eventually cuts off blood flow to the heart, she said.

It is possible that exercise, which causes a person’s heart rate and blood pressure to increase, can lead to a ruptured plaque, she said.

But this doesn’t mean that people shouldn’t exercise, Steinbaum said. Rather, this is why you always hear, “Consult with your doctor before starting an exercise program,” she said. When a person exercises, the body’s demand for oxygen goes up, and if a person has a blockage in their arteries, it’s hard to get enough oxygen. This can cause symptoms of a heart attack, she said.

Steinbaum said that heart disease is preventable 80 percent of the time. Heart attacks usually stem from a person’s risk factors, such as high blood pressure, high cholesterol and a sedentary lifestyle, she said. Age also plays a role: For men, risk of a heart attack goes up after age 55, she said.