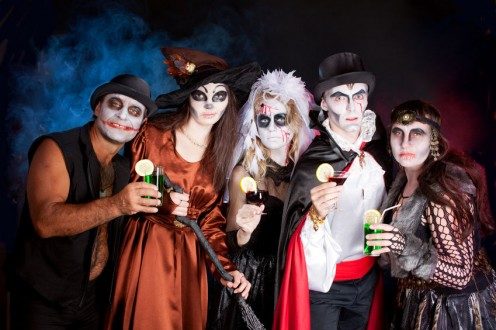 Halloween isn’t just for the kids anymore. Adult parties are popping up everywhere and more adults are interested in hosting one. However, entertaining your guests can be a most difficult task. A party can get rather boring if there isn’t some sort of a direction. It doesn’t have to be tightly scheduled necessarily but you need to have some idea and how to keep the party going. These games should get you going in coming up with ideas to keep your guests entertained.

To start the party off, your guests will be sent out on the town with a list of items to capture with their digital camera. Look around town and make a Halloween themed list. This could be a particular decoration you’ve seen or a spooky area of town. It can even be something you saw in a store. The first team to return with a picture of everything on the list wins. Once everyone has returned, upload the pictures and set it to a continuous slide show so that the picture will play throughout the rest of the party.

This is a variation of a Native American Broom Dance seen at various powwows. Have everyone couple off with the women behind the men in a circle. Pick a woman that isn’t couple with a man to adorn a witches hat and place her in the middle of the circle. Equip her with a broom. As everyone moves to the left, she must try to tag a woman standing behind the man. The man must try to defend his woman from the witch. If the woman is tagged then she must trade places and become the witch. This can continue for as long as everyone wants to.

Hosting a Murder Mystery Dinner can be lots of fun. There is much planning involved and all guests must be willing to participate. It can be mostly ad lib but each guest will get to be someone else for the night as they try to figure out who is the murderer among them. They can dress up for as someone new for the night. This puts a new spin on Halloween for adults.

Write various Halloween creatures on masking tape and tape it to each person’s back. These creatures could include werewolf, vampire, jack-o-lantern, a ghost, and a black cat just to name a few. Then the person will walk around asking no more than five questions to try to guess what creature is taped to their own back. This is a great way to mingle and meet new people.

This is always a fun game. Roll the dice and if you roll an even number, you will get a treat but if you roll an odd number you will get a trick. Treat could be anything from candy bars to complimentary dinner tickets from a popular restaurant in your area. Tricks could be liver, beef’s tongue, brussel sprouts, or anything edible that most people dislike. This is a game that can be made into a drinking game if alcohol is served.

Charades are always a great party game for all ages. Plan ahead by writing ideas for people to act out on index cards. This could be Halloween movie titles, horror movie characters, vampire, werewolf, and a ghost. Be creative and provide plenty of choices for people to act out. When your guest pulls a card, he or she must act it out trying to get the rest of the guests to guess what was on the card. You can separate everyone into teams or do this as an entire group.

RELATED:  Tips For Throwing A Halloween Party On A Budget

This is the same basic game as charades except guests will be drawing instead of acting. In fact, you can use the same cards from the charades game. It will be interesting to see what is actually drawn and whether the other guest can distinguish what it is. Halloween Pictionary can be played as teams or as one big group.

This is another good ice breaker game. Have your guests stand in a circle with their hands behind their back. Using a miniature pumpkin, they will have to pass the pumpkin to the right only using their neck and chins. If a guest drops the pumpkin they must sit out. The last one standing wins.

Print out lyrics to popular songs. Then hand them out to your guests. Give them approximately 30 minutes to change the lyrics to Halloween themed lyrics. Then they will have to perform their song for the entire group. Have three people set to the side to be the judges. The will pick their semi-finalists and then the crowd will choose who did the best out of the semi-finalists.

If your party involves drinking, perhaps you would like to play some drinking games. Celebration.com has a variety of games to choose from including Name That Bone, Monster Mash, and Horror Movie Trivia.

Regardless whether you decide to drink or not, games can make the party quite memorable for years to come. Games also help bring friends closer and also allows you to possibly meet someone new. 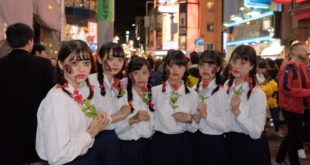 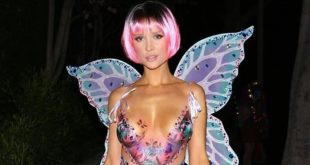 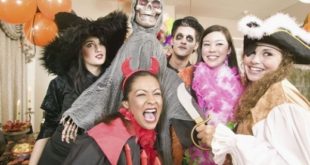 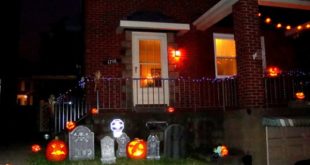 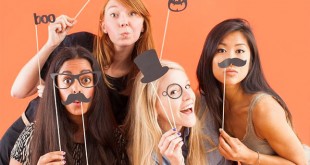 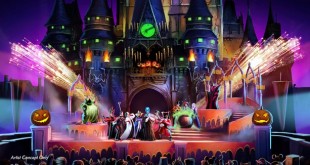 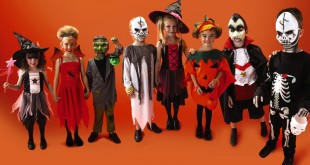 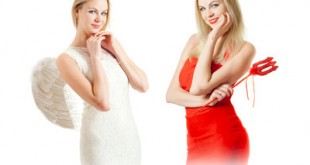 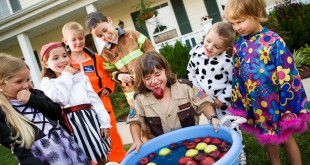 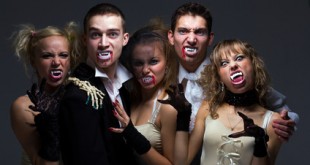