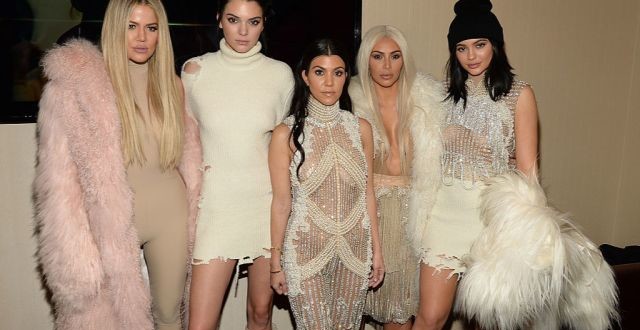 Guess Which Kardashian Didn’t Get a Stocking

The Kardashian-Jenner family always takes Christmas very seriously, and this year was definitely no exception. But while the reality stars’ social media might lead you to believe that everything went swimmingly this holiday season, at least one person in the greater Kardashian clan appears to have been left out of the festivities.

As longtime Keeping Up with the Kardashians fans know, the family usually meets up at mama Kris Jenner’s house on Christmas morning to exchange gifts, and one of their holiday traditions is that every member of the family gets a stocking stuffed with presents that has their name embroidered at the top. But amongst the 19 stockings Kylie Jenner posted to her Snapchat this year, two names were noticeably missing from the bunch: Blac Chyna and Khloé Kardashian.

Of course, both of these omissions make sense, but for very different reasons. , As People points out, after Chyna got into an explosive fight with Rob Kardashian last week, sources close to the couple claim the rest of the family has been trying to “distance themselves” from the model and reality star, despite she and Rob seemingly having made up since.

As for Khloé, she actually skipped out on her family’s Christmas celebrations altogether this year, and instead opted to spend the holiday in Ohio with her new boyfriend, Tristan Thompson. But don’t worry: She still opened all of her presents from her family while she was there.

And of course, she gave just as much as she received – ultimately playing quite the Santa Claus for her man and his family and friends.