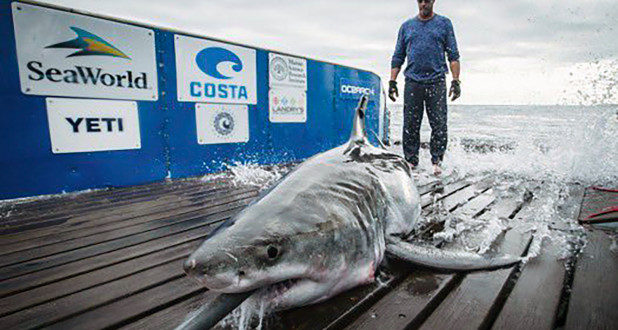 A great white shark was being tracked by an ocean data group while swimming in the Long Island Sound on Monday.

The notorious fish, named Cabot, is 9 feet, 8 inches long and the first known great white spotted in the area off the coast of Connecticut, according to the research group OCEARCH.

Cabot has been tracked from Florida to Maryland in recent months, OCEARCH said.

Greenwich Harbor Master Ian Macmillan told the Connecticut Post that it’s unusual for a great white to be found in the areabut added that there was no safety concern.

“Not a problem, I think it’s probably well fed,” Macmillan told the paper.

OCEARCH has tagged hundreds of sea animals, including whales and turtles. It calls itself a data-centric organization built to help scientists collect previously unattainable data in the ocean.

Previous Jacqueline Laurita’s husband, Chris, is selling their belongings on Facebook
Next Mariya Nagao: 37 Hottest Photos On The Internet