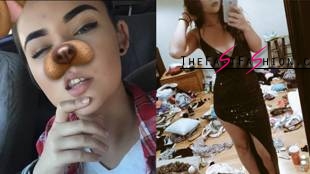 This woman’s seemingly harmless selfie has gone viral after people started questioning why her room was so dirty.

New Orleans woman Alyssa, who goes by the name of @og_pocahontas on Twitter, posted a picture of herself wearing a very sexy, black, sparkly dress alongside the caption:“Going to dinner because I needed an excuse to wear this”.

However it wasn’t her stunning dress her followers were looking at but her extremely messy bedroom in the background. 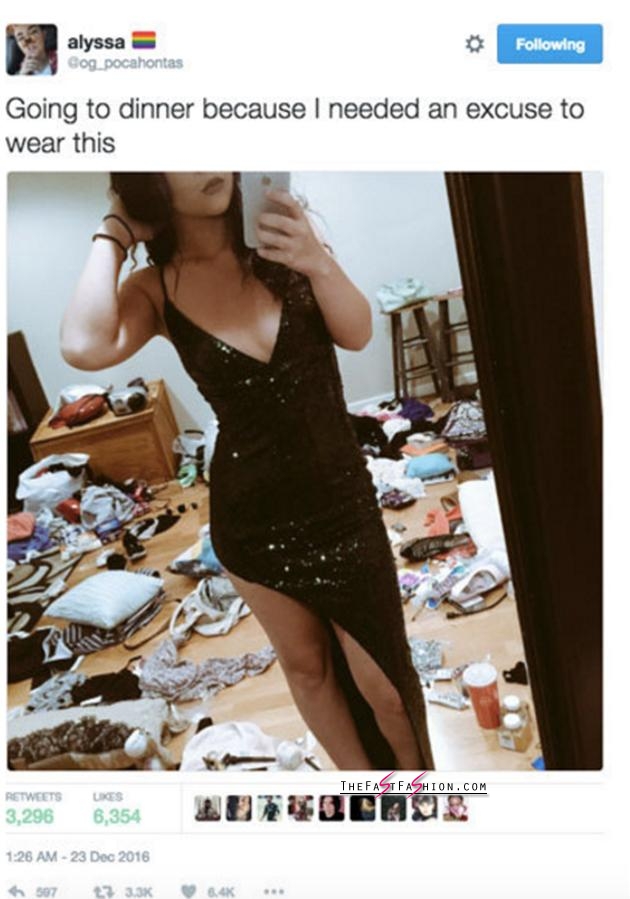 And it wasn’t long before Alyssa’s room was the talk of Twitter, with her follwers sending the snap viral.

People were quick to comment on the state of Alyssa’s room with some even making memes out of the messy space and another claiming to see a rat amongst the mess.

“I would clean my room first then I would take a picture,” one person said.

“Caption should’ve been: “A tornado flew around my room….”, another person said.

The snap was shared thousands of times online before Alyssa made her account private.

Check out some of the memes below:

*Fixed* RT @og_pocahontas: Going to dinner because I needed an excuse to wear this pic.twitter.com/dBzG0Jax0U