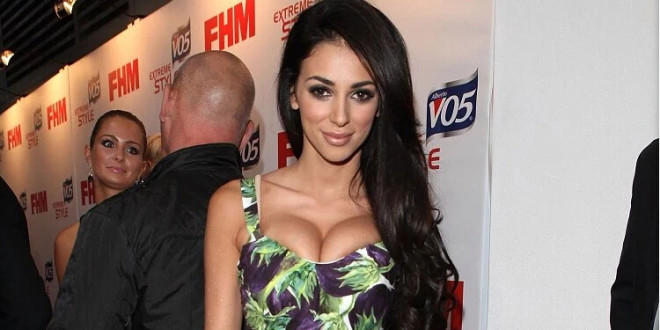 Georgia Salpa is one gorgeous glamour model. She has graced the covers of FHM from France to Indonesia to the Czech Republic. She was also on the cover of FHM‘s 2013 “100 sexiest women” issue. She might just be the epitome of sexy.

Salpa was born in Athens, Greece. At age five, she moved with her family to Dublin, Ireland. She took up modeling while still in secondary school. She isn’t a stranger to television either, appearing on shows like The Podge and Rodge Show, Republic of Telly, Celebrity Salon, and Catwalk to Kilimanjaro.

In 2012, Georgia moved to the United Kingdom. That year, she took part in the Celebrity Big Brother reality series. She didn’t last long on the show, as she was the third housemate evicted. However, that year proved to be very successful for Salpa’s modeling career. She was ranked 5th on FHM‘s “100 sexiest women” poll, which resulted in Ms. Salpa being featured more heavily for that publication.

Sorry, fellas. She’s taken! In May 2015, she married a millionaire hedge-fund manager by the name of Joe Penna. They’ve been living it up together, traveling to beautiful locations, such as Dubai and her home country of Greece.

Here are some photos of Georgia that are just too fine…