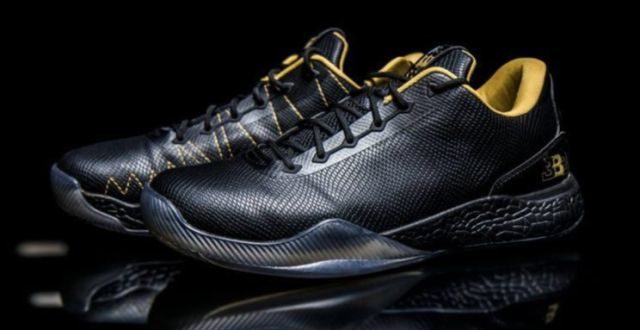 If one bit of sleuthing is to be believed, NBA draft prospect Lonzo Ball’s new line of sneakers may have hit the market with an inauspicious debut.

It was an expensive run of sleuthing, because you’ll recall that Ball’s Big Baller Brand ‘ZO2 Prime’ retails for $495, more than the sum total of Michael Jordan, Shaquille O’Neal and LeBron James’ much-hyped rookie pairs of kicks combined. LaVar Ball, Lonzo’s father and Big Baller Brand el jefe, defended the cost as “what the shoe was worth,” last week, reminding critics that “when you are your own owner, you can come up with any price you want.”

Tracking a number of receipts (both from their own BBB shoe purchases and the invoices shared on social media), Matt Halfhill at Nice Kicks discovered that the initial first-day run on the shoes may have tapped out at somewhere below 300:

Out of the 328 transactions that happened on BigBallerBrand.com in the first 24 hours that the shoes were offered for sale, we tracked that a total of just 263 pairs of sneakers had sold in both signed and unsigned versions of the ZO2 Prime.

While we have no access to sales receipts, transactions or traffic data, we have been monitoring the inventory levels of the footwear listed on BigBallerBrand.com. After noting the initial product levels at the start and deducting the current units sold, we can confidently say that 210 pairs of unsigned ZO2 Primes had sold (103 pairs in sz 8.5 alone), along with 53 autographed ZO2 Primes.

All told, this means the Ball family cleared over $156,000 on its first day of business, not bad in the slightest for a company only now dipping its toe into the apparel game.

This pales in comparison to the “billions” that LaVar Ball – driving force behind BBB’s initial forays into whatever it is they are after – talked about in partial defense of the shoes’ $495 price tag. And this defense, lodged on the Dan LeBatard Show on Friday, certainly doesn’t help LaVar Ball’s ongoing image woes:

Still, a start is a start.

To which end, when it comes to LaVar Ball, we have no idea.