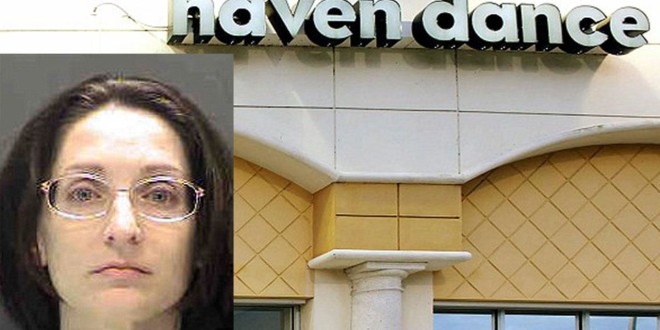 A married US female dance instructor was arrested this week after it was alleged she engaged in a sexual relationship with a 15-year-old female student.

According to local media reports the 38-year-old teacher is accused of having sex with the teen.

The accused, Lauren Debenedetta, 38, owns Haven Dance and has since been charged with two counts of lewd or lascivious battery according to NBC.

Many parents of students of the dance studio found out the school was closed when they showed up for class to see a sign on the door saying it was closed.

“I never would have thought in a million years that’s why they would close Haven Dance down,” a stunned parents told NBC.

The victim according to NBC said that during dance classes she would get called into the office by the accused who would then kiss her on the mouth and also touch her.

“I was shocked,” another stunned parents told local media.

“My daughter loves her. I would have never looked at her and thought she was capable of something like that.”

According to various reports, law enforcement said the teacher also had sex with the student in her home.

The teen was home sick when her stepfather came home to see how she was, also finding the dance teacher’s car in the driveway, the report said.

The stepfather also located a secret phone that the teenager used to communicate with Debenedetta.

Deputies did not say if there were other victims, only that more charges could be filed according to local reports.

The studio was founded in 2013, when the accused graduated from New York University, WWSB reported.

She was arrested on Monday and has posted bail.