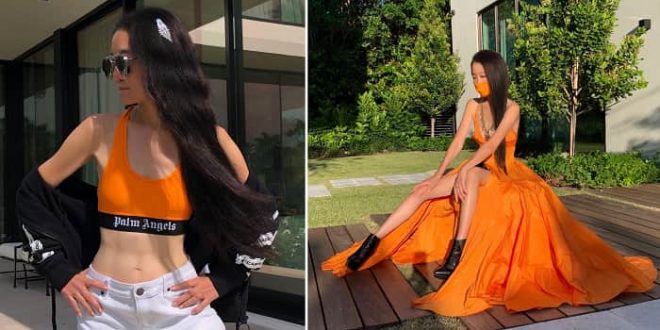 When Vera Wang posed on Instagram in an orange sports bra and white denim shorts back in May, fans were blown away by the septuagenarian bridal designer’s awesome abs, toned arms and mile-long legs.

“THIS BITCH VERA WANG IS 70?!?!” a social media user tweeted at the time, while another person wrote, “Homegirl just went and unsubscribed from aging.”

“I was totally shocked,” Wang recently told People of the viral photos. “To be perfectly honest, the real goal of that picture was [to feature] the hair clips I had in my hair. And hair clips don’t exactly show up that well in a picture. So we really had to minimize whatever I was wearing and to keep the focus on my hair and those crystal clips. And the fact it became about my Palm Angels workout top was so crazy.”

The fashion icon added that she’s used to being behind the scenes rather than in the spotlight.

“I’m sort of the one that always puts the women I dress upfront,” she explained. “I am a fashion designer. And I have dressed some of the most amazing women over the last 30 years on the red carpet when they’ve actually won Oscars or Golden Globes or Emmys. And so I’m always the one pushing them out the door, and fixing their train at the Met Gala.”

Even during her pre-design years as a Vogue editor, Wang continued, “I created a lot of the pictures and was always behind the camera. So I always thought of myself as somebody who, in all fairness, was the creator and not the subject matter. So it was sort of shocking. I can’t lie to you.”

The designer previously confessed that “work, sleep, a vodka cocktail, not much sun” are the secrets to her youthful physique.

As for her workout routine? “I would say [it’s] sporadic. Sporadic is the perfect word,” Wang told People. “I mean, I was an elite athlete in my youth. I was a competitive figure skater in the United States and a dancer at Balanchine School of American Ballet. I think when you spend the first 16 years of your life that physically engaged, there is such a thing that it sort of stays with you. There’s a muscle memory that goes with that.”

Since her sports-bra photo went photo, Wang has continued to flaunt her fit frame on social media. Most recently, she dressed up as Cher for Halloween at home, wearing an itty-bitty orange sequin bra top and matching miniskirt. 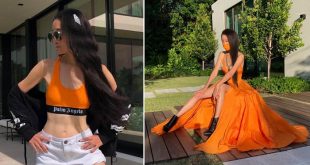