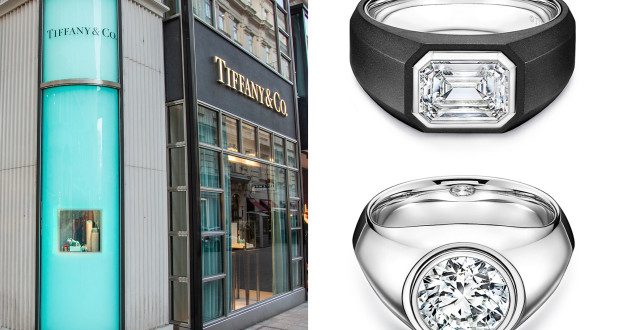 Now single ladies aren’t the only ones to put a ring on.

Grooms-to-be increasingly want their own engagement bling, a trend that Tiffany & Co. helped solidify when it debuted its first-ever men’s engagement line this month.

Tiffany’s platinum and titanium designs feature a single emerald-cut diamond, up to 5 carats, set in a knife-edge band in what the jewelry retailer described as a “bold departure from the traditional wedding band.”

Prices have not yet been revealed for the new designs, which are set to become available at the end of the month, but emerald-cut women’s engagement rings run from $2,900 to $113,500.

The luxury label first introduced its iconic, six-pronged Tiffany setting for ladies in 1886 — and betrothed bros took to social media to say the new collection was long overdue.

“Finally!” wrote Rowan Storey in an Instagram comment about the news. ”Gay men in particular have needed this … When I propose to my partner I want to give him a ring just as valuable as those which men usually give women.”

Searches for male engagement rings have grown by more than 66 percent in recent years, according to a report by global fashion search platform Lyst. Meanwhile, celebrities including Ed Sheeran and Michael Bublé have worn versions of the baubles.

“I felt that the concept of an engagement ring for women only was concerning,” recently engaged Birmingham, UK, gardener Joe Belcher told The Post. He thought his fiancée shouldn’t be the only one to wear a sparkly symbol of their love — he also wanted a “sign to let others know that I was off the market.”

So the couple had a friend design them both rings. “Since getting the ring I’ve felt more engaged,” he said, noting that he, too, now has “a constant reminder of that fact.”

Not only does Belcher’s new band signify his commitment, it offers a more egalitarian vision of what marriage in the 21st century looks like.

RELATED:  Man finds engagement ring he plans to propose to girlfriend with in the debris of his family home after California wildfire

“A long time ago, women wore the ring to show that a man had bought them,” relationship coach Jaime Bronstein told The Post.

“Men have typically not worn them, while women show outwardly that they are taken. It’s almost like men still have this grace period of freedom.”

On the other hand, when both partners wear a ring upon engagement, Bronstein said the ritual becomes less about property ownership and more about “mutual commitment” and “both people showing they belong to each other.” 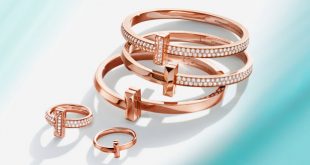 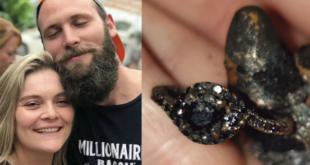