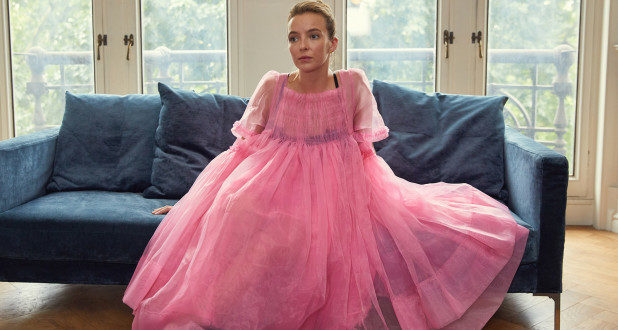 The scoop on the clothes from ‘Killing Eve’

It might be the small screen, but some spring TV shows are awfully big on style. We asked to costume designers for “Killing Eve” (which airs on Sundays at 8 p.m. on BBC America) to dish on how they keep their characters looking so chic.

The start of Season 2 finds rogue assassin — and devoted fashion-phile — Villanelle (Jodie Comer) on the run after the object of her obsession, Eve Polastri (Sandra Oh), has tracked her down.

This means that for the first few episodes of the season, the dangerous dame has traded her regular designer duds — from brands such as Burberry, Miu Miu and Dries Van Noten — for more … accessible styles.

“It was written in the script that she took a pair of Spider-Man pajamas,” costume designer Charlotte Mitchell says of Villanelle’s most hilarious pilfered get-up: a too-small set of kiddie pj’s. However, after realizing that Marvel probably wouldn’t approve the license, the wardrobe team adapted, finding a “quite disgusting fabric . . . in stretchy printed Lycra” to custom-make Comer’s blue superhero-inspired disguise.

But fashion fanatics can breathe a sigh of relief after Villanelle reconnects with “the Twelve” — her secretive and moneyed overseers — a few episodes into the season. Then, “we get a massive input of fashion again,” Mitchell says, meaning lots of sleek Chloé, Giorgio Armani, Rosie Assoulin and even vintage Thierry Mugler on the luxury-obsessed killer, who “never wears the same thing twice.” 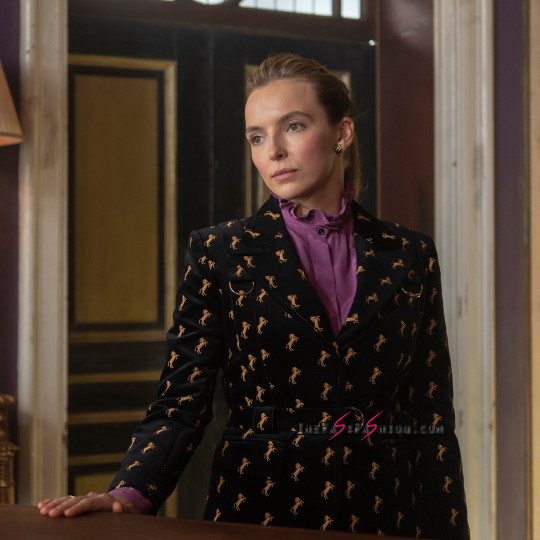 As for Eve, it’s safe to say that the cat-and-mouse game hasn’t transformed her into a style star. “She’s too busy” to care about how she looks, Mitchell says. “She wants to put on a pair of trousers and pull them up. Throw on a shirt, throw on another layer.”

The one exception is a slinky, electric-blue Karen Millen dress that Eve slips on in Episode 3 (similar dresses are still available, but we hear the exact look will be re-issued this fall).

It’s one of the few moments in the series when audiences get a glimpse of Oh’s bombshell bod, and that’s intentional, explains Mitchell. “Sandra’s got a great figure,” she says, “so to make [her clothes] look awful, you have to go for the cheap polyesters… You have to be very aware of the silhouettes you’re putting on her.”