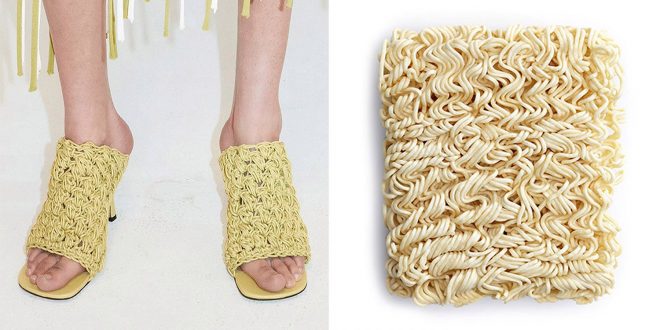 The macramé shoes are not only served up in a sweet sandal style but also in a closed-toe design available in light tan and yellow. Ignited by a fiery, nostalgic feeling, fashionistas and meme-obsessed followers flooded the comments.

“You mean Justin Timberlake’s hair circa 1999,” a commenter joked.

“High sodium or low?” another added.

Between the colossal consumer craze for comical content and an intense infatuation with Diet Prada, which has 1.6 million followers, this Bottega mule is not Instagram’s only victim getting the meme treatment. After Kylie Jenner posted a picture in a plush puffer, viral Instagram account @ItsMaysMemes trolled the fashion world by following up with a massive version of her Fendi coat and matching moon boots.