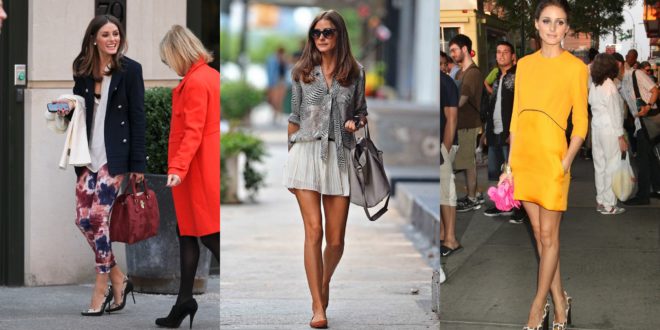 The New Meaning Of Fast Fashion You Need To Know

How fast is fast enough when it comes to clothes and gratification? How much do you really need that dress or bag or platform sandal?

I’ve been wondering this since last week, when Farfetch.com announced that it would now be delivering Gucci in 90 minutes in 10 major cities around the world. A customer can “place an order and almost before they have hung up the phone, somebody is knocking on their door with a beautiful bag!” the founder José Neves said with great fanfare when I called to ask about it.

I don’t often hear Simon & Garfunkel tunes playing in the back of my mind (unless I am in a Parisian subway and yet another busker is singing “The Boxer”), but now I can’t get the opening line of “The 59th Street Bridge Song” out of my head. “Slow down, you move too fast.” Yadda yadda yadda.

Farfetch, Net-a-Porter, Matchesfashion.com and other higher-end retail sites have been offering same-day service in world capitals and vacation destinations for a while now (and Matchesfashion offers 90-minute delivery in London), but the Gucci deal takes it to a whole new level. And while it is, for now, more of a niche offering than a rule, it’s easy to imagine it snowballing to other brands and platforms, as the Great Race for Retail Domination (and Survival) heats up, online and off.

“Faster fulfillment” is the mantra of the moment, a response by companies to what has been called the culture of impatience. But I can’t help wondering if at least when it comes to designer fashion — the clothes that define a particular moment in time and often filter down to shape the styles of every day — it’s solving a problem that doesn’t exist. And maybe creating a new one.

I understand that we live in a world where, as Mr. Neves pointed out, no one waits for cabs or groceries or tables in restaurants, where information is immediate and pictures go viral. I understand that the millennials and Gen Y-ers are (theoretically) the IWWIWWIWI generations — the “I want what I want when I want it” folks. Conventional wisdom goes that if retailers miss that moment of wanting, they miss the sale. I recognize that defying this seems like the classic behavior of a Luddite. But along the way we have lost some perspective.

“Why should we lose face with Amazon?” Mr. Neves said when we were talking. But another question might be: Why should we assume Amazon controls this particular playing field? It may be time to call, well, time on this game of one-upmanship.

A handbag is not a bottle of milk for a baby. It’s not a staple. And it’s not necessarily a good idea to create a situation in which it is equated to one. It may not be sustainable, in any sense of the word.

Saturday is Earth Day, and in the run-up to the annual reminder of what climate change has wrought, fashion has been as active as always: Kering teamed up with Plug and Play and Fashion for Good, and the Council of Fashion Designers of America has joined forces with Lexus, both to support new businesses focused on responsible supply-chain innovation. But while the industry often equates greenness with materials and manufacturing and also tends to attribute landfill problems to fast fashion of the cheap and disposable kind, it should think about high-end consumption, too.

Because in treating investment fashion — which is to say fashion that takes time to create and consumers to understand (and often, desire) — as a commodity, you risk changing how people think about it, and value it, in an essential way. It is true that no one is forcing consumers to opt for the fastest delivery (you can have your jacket in two days if you want, or even a full week), but the sheer fact that the option exists makes the decision seem, somehow, less of a commitment.

Besides, just because consumers say they want something — and according to Mr. Neves, timely delivery is the No. 1 criterion for online shopping in every consumer survey Farfetch has done — doesn’t mean it’s a crucial determinant of their behavior.

Just consider the recent, somewhat abortive, move to change the fashion show schedule to the “see now, buy now” model. The rationale behind the change was almost exactly the same as the one behind super-speedy delivery: Everyone has a truncated attention span because of Instagram, and if you don’t get a product to customers as soon as they feel desire for it, you miss your window.

Yet after only a season, two out of the four main brands experimenting with the idea — Tom Ford and Thakoon — gave it up (Ralph Lauren and Burberry remain exponents). The reason given was that the market wasn’t ready, but had there been a huge and extended spike in demand, the market would presumably have accommodated itself.

Indeed, when it comes to investment fashion, as opposed to what we formerly called fast fashion (which perhaps now will have to be rechristened “quick turnover fashion” or some such), there is value in having to wait, which should not be dismissed.

By conflating investment fashion with, effectively, groceries, you undermine its claims of specialness, effort and creative muscle — all the criteria on which it is built and which justify, in many ways, its price. You link it to the idea of disposability (which, let’s face it, is the definition of what was normally called fast fashion, a sector in which it is often cheaper to buy a new shirt, say, than to clean the one you already own). If investment suggests value over time, reducing the time reduces the value. Put another way: There is a downside to rushing to fulfill the wants of today; it suggests they may not be the wants of tomorrow.

It is happening already: The high-end resale market is booming, with online designer consignment stores like Vestiaire, the RealReal and ThredUP experiencing enormous growth. According to ThredUP’s 2017 fashion resale report (done in conjunction with GlobalData), the fashion resale market is currently worth $18 billion and is expected to grow to $33 billion by 2021, and the average American woman does not wear 60 percent of the pieces in her closet.

At a certain point it’s hard not to wonder if all that immediate gratification just adds up to a lot of extraneous stuff. The fact is, it is possible to consume opinion and events (and carrots) without feeling the same need to consume garments. Clothes are signposts of personal communication, and as such they should be long-term acquisitions. Otherwise you risk identity whiplash.

Time may be luxury, but we should not assume spending it in anticipation is a waste. 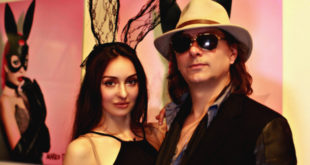 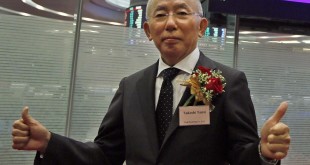