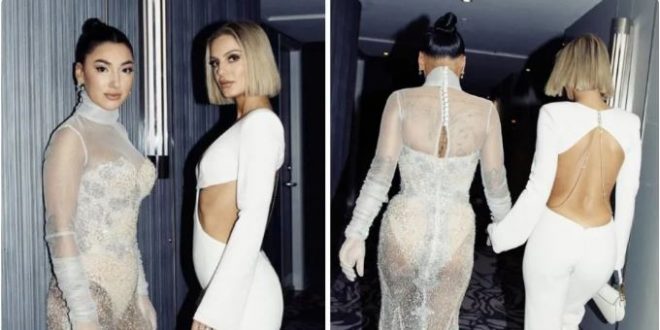 Married At First Sight stars Domenica Calarco and Ella Ding revealed they ditched one key item as they glammed up for the Logie Awards on the weekend.

Speaking in a bonus episode of their new podcast Sit With Us, the popular duo confessed they went commando for TV’s night of nights.

Dom stunned in a white cutout Lillian Khallouf jumpsuit while Ella went all out with a high-neck OGLIO-LORO Couture gown.

During the podcast episode, Dom revealed she made the underwear confession when Love Island host Sophie Monk complained about having a wedgie. 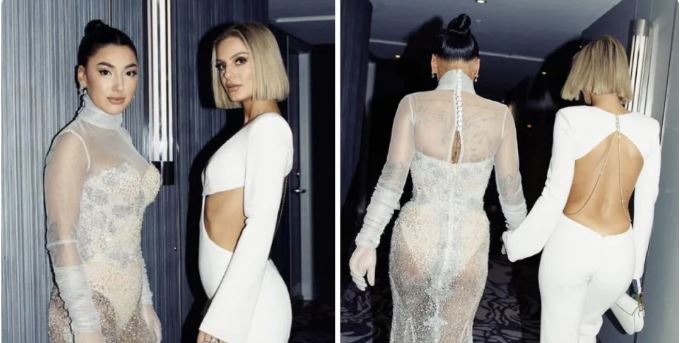 Her co-host Ella then admitted she had been ditching her underwear “as long as long as [she] can remember”.

“But for me, it was just health reasons. I would get UTIs or thrush from underwear all the time,” she said.

“I tried the organic cotton for a very long time [but it] didn’t work.

“So, I just started not wearing underwear.”

Ella confessed she even wore jeans without her underwear.

Later in the podcast, Ella also admitted she didn’t feel very confident in her Logies gown.

“It just didn’t feel like me,” she said while adding she did not eat or drink to avoid using the bathroom throughout the evening.

“I didn’t wee for seven hours … I didn’t drink any water because I knew I couldn’t take my dress off,” she said. 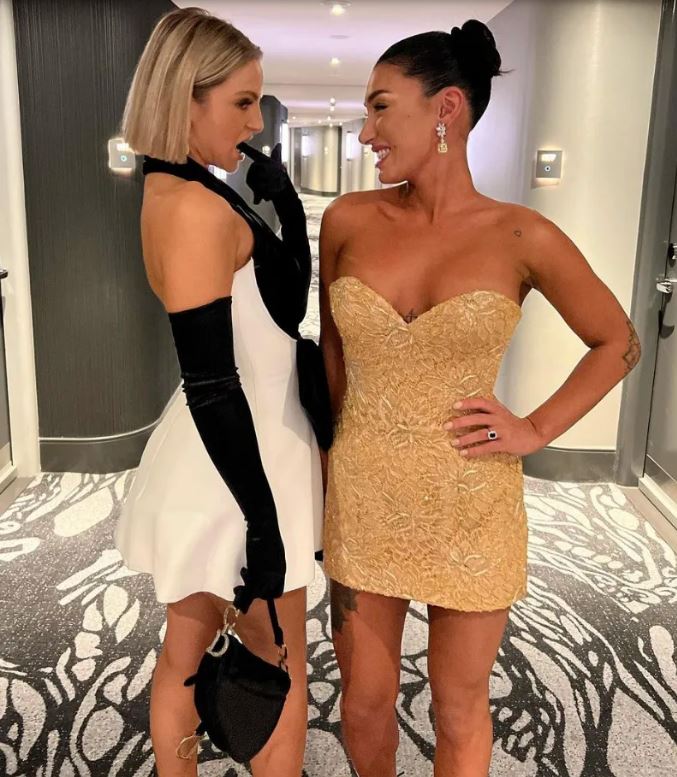 Dom agreed dressing up for the awards night was “torture” and thought she was going to “pass out or start screaming”.

It was the first time Dom or Ella had attended the Logies after appearing in MAFS season nine.

The Logies were back for the first time on Sunday after a two-year hiatus due to Covid, with LEGO Masters presenter Hamish Blake taking home the Gold Logie.

He also won a new award established in honour of veteran TV personality Bert Newton for Most Popular Presenter.