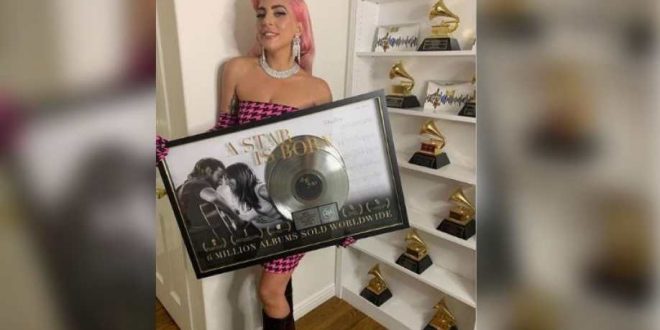 Lady Gaga is officially back to her punk-rock ways.

The “Born This Way” star, 33, has switched up her look in a big way, swapping her signature platinum blond hair for a dramatic bubblegum pink dye job.

“A year ago, A Star was Born, and here we are 6 times pink platinum,” Gaga captioned a photo of herself holding a plaque for “Shallow.” The song has gone platinum twice in the United States and six times platinum internationally; Gaga and her team also won an Oscar and Golden Globe for Best Original Song as well as two Grammys, a BAFTA and a Critics’ Choice Movie Award.

Gaga even dressed to match her new ‘do, picking a pink and black checkered tube dress ($85) and opera gloves ($50) by Adriana Sahar and further turning up the rock factor with chunky Pleaser boots ($90).

Though Gaga’s hair is typically an icy white color, she has experimented with different hues in the past. Her “A Star is Born” character, Ally, famously dyes her brunette hair a fiery shade of red; the singer said that going back to blond was a way to leave the character behind and return to her own personality.

While promoting the film, the pop star favored a periwinkle shade, but she’s also gone green, orange and practically every other color of the rainbow in the past. 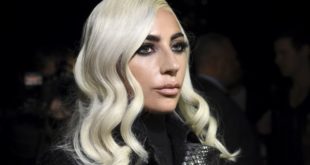