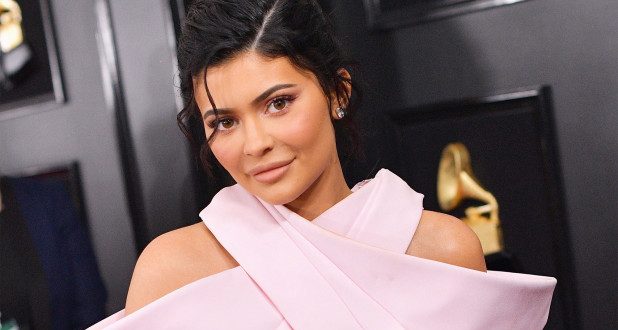 Kylie Jenner is always one step ahead.

The beauty mogul, 22, sparked internet fascination after singing the words “rise and shine” to 20-month-old daughter Stormi Webster last week, and is already cashing in on her viral moment. Jenner quickly released two sweatshirts inspired by the song on her e-commerce website, and immediately sold out of all sizes of both $65 styles.

Now, she’s ready to expand. The same day she released the merch, the self-made billionaire filed to trademark both “Rise and Shine” as well as the singsong version, “Riiise and Shiiinnee.”

The applications cover the domains of clothing including tops, bottoms, swimwear, undergarments and outerwear, along with accessories like socks, belts, footwear, headwear and more.

Naturally, Jenner’s also got some sunny ideas for her Kylie Cosmetics and Kylie Skin brands; she filed to trademark the slogan under cosmetics, but did not specify what type of makeup or skincare she might plan to create in the paperwork filed with the US Patent and Trademark Office.

Though it would seem logical for Jenner to name an eyeshadow palette after her song — or, at the very least, release the track on streaming services (with or without Ariana Grande, who asked to collaborate) — she joins a group of companies trying to cash in on the common phrase.

There are already many other trademark filings for the same words, including one registered to a window treatment and blinds-cleaning company and another by fast food chain Hardee’s for breakfast entrees.