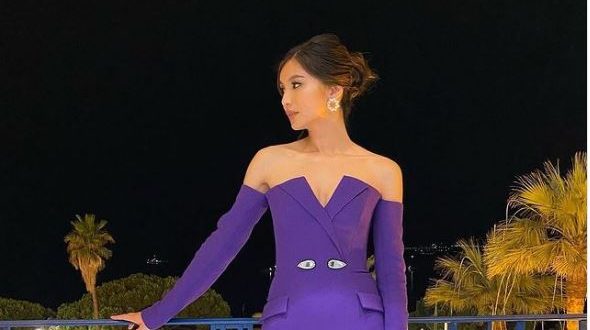 Based on a brand new IG snap, purple is clearly Gemma Chan’s color. The Eternals star, 39, looks stronger than ever in a bright, jewel-toned minidress that totally shows off her sculpted legs.

The actress popped up on fashion designer David Koma’s Instagram, and fans were blown away: “🔥😍❤️🔥😍❤️🔥😍❤️,” someone commented, while another user added, “so much elegance💜💜✨✨.”

It’s definitely a dress fit for a superhero—and, a two-time Marvel star. So, just how does Gemma build her perfect leg day? She’s been pretty open about her go-to fitness routine, from her morning yoga sessions to her Zoom dance parties:

For her role as Minn-Erva in Captain Marvel alongside star Brie Larson, Gemma had to level-up her abs (and fast!). Her superhero suit was anything but ready-to-wear: “It’s almost like a resistance suit, trying to snap you back into this superhero pose,” she explained in a 2019 interview.

“You just need to really work on your core strength,” she continued. “I have to constantly have my arms raised, because [I’m] holding a rifle, but you can’t really lift your arms past there in the suit,” Gemma said, lifting her arm up to 90 degrees. “So it was really hard work. It was a lot of effort. My arms were killing me by the end of every day!”

Gemma also branched out into boxing: “When I was training for Captain Marvel I did boxing classes, which I really enjoyed,” she told British Vogue. “But obviously, with this year being so strange, l’ve not been able to do that.”

Now, Gemma starts every morning with a brief, yoga-inspired workout. “I like doing yoga,” she said. “I’ve just started Pilates which is brutal–so brutal, deceptively so. But I do enjoy that and I have a mini morning routine.”

“It’s a blend of yoga, sun salutations, and a little bit of Pilates core work,” she shared. “It only takes about 10 minutes but I find that if I do that in the morning, it sets me up for the day ahead and my posture is better.”

Gemma added that her a.m. routine gives her a feeling of accomplishment, even on slow days: “Even if I’m just sitting on the sofa working on my laptop, if I’ve done that, I feel better,” she said.

The Crazy Rich Asians star also gets her steps in by throwing at-home dance parties on the reg. “I find that just putting on some really good music and dancing is an enjoyable way to move your body,” she told British Vogue.

“During the first period of lockdown a group of my friends had a kind of Zoom mini…it’s a stretch to call it a rave. But we’d share the music and we’d have a drink and a dance. I don’t know if it really counts as proper exercise… but there you go.” 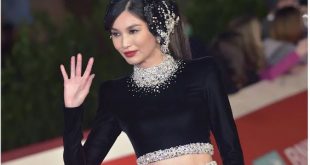 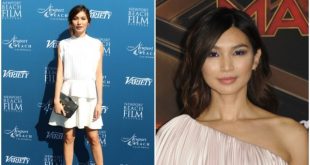 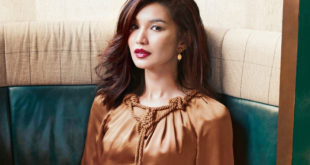