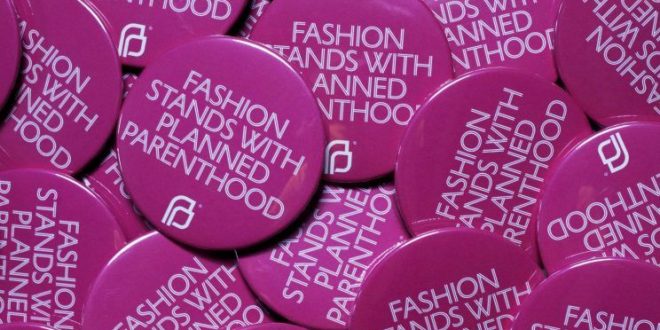 The Council of Fashion Designers of America (CFDA) announced a new collaboration Monday with Planned Parenthood Federation of America (PPFA), to raise awareness and support for the wide range of services that the nonprofit organization provides.

Just in time for New York Fashion Week, the CFDA and PPFA have collaborated on hot-pink pins designed by Condé Nast’s Creative Group that read “Fashion Stands With Planned Parenthood,” and they are already expected to become a hot item.

“The fashion industry has always been a voice for issues that are important to its base, women being a big part of it — both women who work in our industry and the people who benefit from fashion. So it’s not unusual for us to organize around Planned Parenthood,” Steven Kolb, president and chief executive officer of the CFDA, told Yahoo Style.

Kolb pointed to the work that the CFDA and its foundation have done for decades around breast cancer and HIV/AIDS as evidence of the fashion industry’s long-standing commitment to speaking out on health issues that matter to its community and customers.

“We’re an industry of creative people, and creative people have very big hearts and have always reacted and responded to issues and moments that are important,” Kolb said. “Fashion is powerful in that it touches people every single day. To be able to use Fashion Week or use the industry to extend a message beyond what is the next trend or item to wear, but to put some substance behind that — that’s very powerful.”

RELATED:  Helpful Tips On How To Take Care Of Your Clothes

Tracy Reese, who sits on the board of the CFDA and whose eponymous line has been a fashion mainstay since its launch in 1998, has taken on the role of designer emissary. For this self-appointed job, she’s been reaching out to her fellow designers to encourage them to wear the pin themselves when they go out for their final walk after their runway shows, and to also place pins on the models as they go down the runway in their fall lines. More than 40 designers are participating in the initiative.

“When we woke up after the election, it was a call to action: What can we do to stand behind the causes we care about?” Reese said of how she got involved in this initiative. “Fashion Week seemed like the perfect time, when all eyes are on New York to stand together with Planned Parenthood.”

This isn’t the first time that members of the fashion industry have taken steps to support Planned Parenthood and the role it plays in the American health care system. On Black Friday in November, for example, a number of independent designers, including Zero Maria Cornejo, Ulla Johnson, and Apiece Apart, joined forces to commit a portion of their sales to Planned Parenthood under the hashtag #WomenTogether.

The ubiquitous T-shirts Nasty Woman by Google Ghost and The Future Is Female by Otherwild also benefit Planned Parenthood, in addition, to not one but two shirts from a collaboration between designer Marc Jacobs, photographer Marilyn Minter, and Miley Cyrus. Other designers, from Rachel Antonoff to the independent fragrance house OLO, have also donated proceeds of their sales at various times to Planned Parenthood.

Many major industries have also taken a public stand in support of the reproductive and sexual health care provider. Southwest Airlines planes taking passengers to Washington, D.C., for the Women’s March turned the cabin lights pink in support of Planned Parenthood midflight. During Google’s annual Global Giving Week, $800,000 was raised by its employees for Planned Parenthood. The pharmaceutical company Gilead announced a $900,000 grant on Feb. 2, to support and expand efforts in HIV prevention and education services, the first significant corporate grant of its kind awarded to Planned Parenthood. And on Feb. 1, Sheryl Sandberg, Facebook’s chief operating officer and author of Lean In, announced her personal gift of $1 million to the organization.

Reese, whose designs were frequently worn by former first lady Michelle Obama during her tenure in the White House, believes the CFDA’s new initiative in support of Planned Parenthood is especially critical at the moment.

“This is a nationwide effort and that’s important — a lot of what we do is so focused on New York state and New York City, but we’re talking about the whole country,” Reese said. “We need to talk to our customers, talk to people interested in fashion to get information out there and let them know that we will stand with Planned Parenthood. We hope to open their hearts and minds as well.”

Kolb also noted that the FDA is also “looking at immigration issues,” another issue that “matters to our industry.” To date, the CFDA has not issued any public statement or actions on the Trump administration’s recent executive orders on immigration, from the move to build a border wall with Mexico to the halting of the Syrian refugee program and the freeze on immigration from seven Muslim-majority countries.

As Reese put it, “I don’t know how much Washington listens, but hopefully they’ll listen to their constituents. … I’ve always designed for a diverse group of women. I think all women are beautiful: Every size, every color. I’m about empowerment. I’m about individuality. And I think this is just a natural extension of what I believe in as a designer. I have to push myself and be more vocal about these types of causes that affect me and my customers and the people who look up to me, and the people who are disenfranchised or don’t have a voice. If I have a voice, a platform that can do some good, I’m going to use it.” 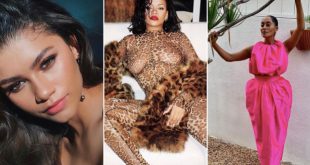 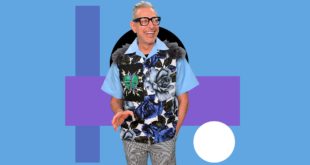 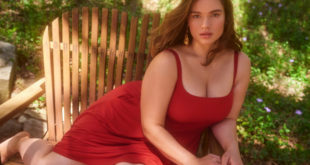 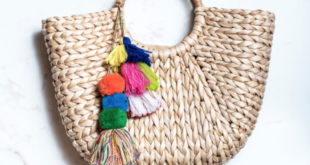 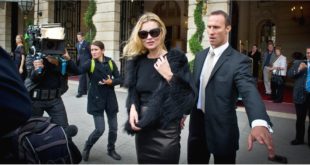 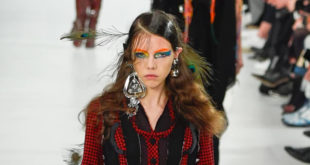 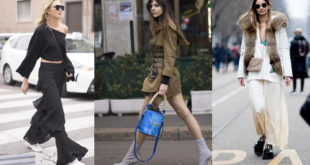 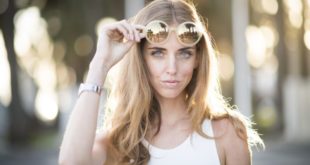 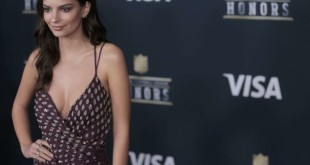