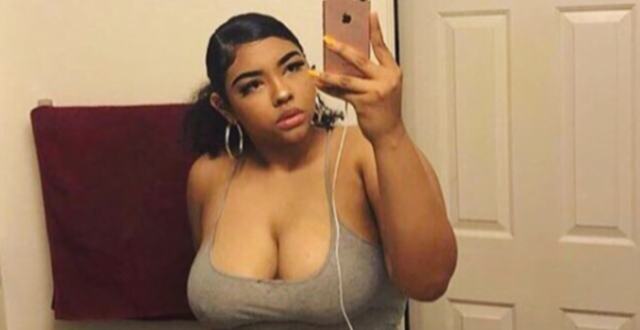 Negative memes of people’s bodies — usually a photo with commentary about the person’s looks — have unfortunately become more and more prevalent in the digital age. With the tools to create a joke image and send it worldwide on their smartphones, many can’t resist the urge to be cruel.

A body-positive Instagram called PlusBabyGirl shared the most recent unfunny meme making the rounds, pointing out that if you’re going to try to make a joke, it helps to use the right words. Not only that, but calling a stranger fat isn’t exactly cutting-edge comedy.

Normally, the account highlights body-positive images of women, but it also calls out negativity. And the woman in the nasty meme? She literally doesn’t care. Wherever the meme-makers originally hijacked her image from, she has reclaimed it, posting it on her own Instagram account with a very clear message: “I’m an insecure crybaby LMFAO but at the same time I literally couldn’t care less.”

Her caption nails the dichotomy most women experience when insulted, the mix of feeling hurt by cruel comments and also not caring what a complete stranger thinks.

This isn’t the first incident where a woman has spoken out about being the subject of a cruel meme. Lizzie Velasquez is a well-known motivational speaker, but she never signed up to be the subject of a cruel meme. Velasquez, who was born with a rare, undiagnosed congenital disease that causes the inability to put on body fat, came upon a meme using her picture and poking fun at her frail appearance.

Velasquez shared the meme herself to call attention to the carelessness with which we entertain ourselves on the Internet — something worth considering the next time you’re about to share a meme making fun of a stranger’s looks.

No, thanks.
Previous Marla Maples snaps Times Square selfies after crash
Next Sayaka Isoyama: 31 Sexy Photos On The Internet