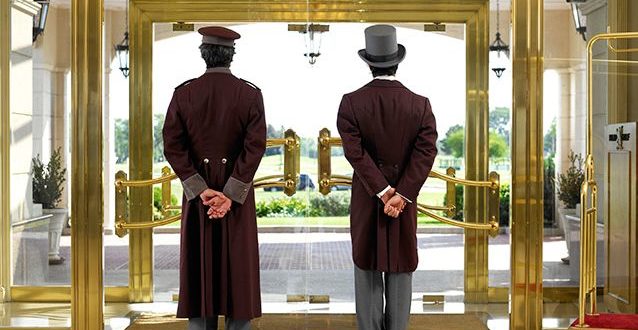 On their honeymoon, Kim watched an interaction between her husband and hotel staffers that was "subtle but so telling". Source: Getty

He’s had it since birth, and while he is not deaf, he is profoundly hard of hearing.

Without hearing aids he has to read lips, and with them he hears some words and misses others.

One of the many interesting things about getting to know him has been watching and learning what it is like to navigate the world with a disability.

When we were on our honeymoon, I watched an interaction between him and the valets that was subtle but so telling. We had just arrived in Sedona, Arizona, and pulled into the resort where we would be staying.

The valet grabbed our luggage from the trunk and called out to my husband from the back of our car.

“Welcome! I hope you all had a good drive out here.” No response. The valet tried again, “Weather here in Sedona is better than home for you, sir, I bet?”

Still nothing. I turned in time to see the subtle eye roll between the two valets. I could understand their judgment of him. This would be the point where I would typically jump in, answering the question, smiling at the valet, smoothing.

But this time, I just watched it play out. I watched the valet stop trying. I watched my husband walk into the hotel, calling a “thanks” to the valet, who nodded but didn’t reply.

I felt sad for them both. Sad that the valet felt slighted by my husband. But sad too for my husband, who never had the opportunity to engage.

When I told my husband later what I saw, he nodded at me, his slow exhale the only evidence of his frustration. He’s had this happen countless times before, and it didn’t surprise him that he missed the whole encounter.

He is used to missed cues, cross communication and misunderstandings both literal and figurative. I am the one who isn’t used to it. I asked how I could help, and he told me he doesn’t mind if I answer for him; he appreciates it, actually. He also doesn’t mind if I don’t and someone misunderstands him. “I do my best,” he told me, “but I can’t worry about every missed word.”

I wouldn’t ask for such a challenging disability, but I see the hard-won wisdom that can come from having to navigate the world with one. He is a better listener than most. “I have to listen harder,” he simply explained to me once.

He doesn’t miss much visually, a skill probably developed as he taught himself to read lips. He sits with the light behind him at restaurants so he can “listen” better and gracefully drops out of group conversations when it just becomes too hard.

I attribute a good part of his strong character to learning to successfully navigate a world designed for hearing people. He wouldn’t tell you that his disability has been a picnic nor would he tell you it’s been a terrible burden; the good and bad of it tumble around in his life story.

But still, he is often misunderstood. People make assumptions about his behavior without much attempt to understand it. He misses out on opportunities to engage that I take for granted. And people give very little benefit of the doubt; he tells me he’s heard the labels “aloof” and “cold” since he was a child.

But then, when I thought we’d finished talking about the valets, he asked me one last question: “Why does it matter to you if he rolls his eyes?” I had to think about my answer. Did it really matter if the valet misjudged my husband as we began a great vacation? Not so much, really. My husband shrugged and told me he was letting it go.

But I didn’t. I stewed — not over my husband’s disability but over the disability of all of us to truly see each other, to give even the benefit of the doubt.

I wish, looking back now, that I would have stepped in that day. Not to smooth things over, but instead to simply ask the valet if he could please move to the front of the car. From there, my husband would have had the chance to see and hear him.

And maybe the valet, in return, would have had the chance to see my husband more clearly.

Previous A game on China’s WeChat messaging app has gone viral, and Nike and McDonald’s want in
Next Timeline of teenager’s relationship with 45-year-old man, journey to Mexico and back