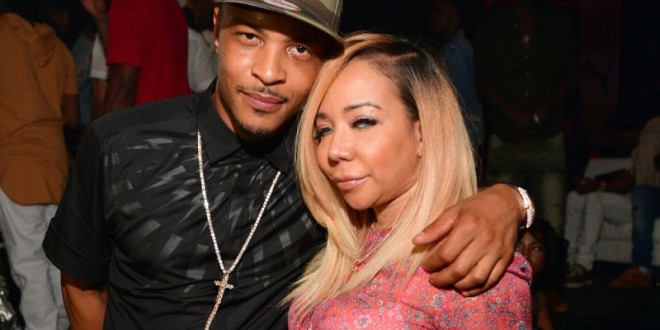 According to TMZ, Tiny, 41, filed earlier this month in Henry County, Georgia. The two married in 2010 in Miami Beach, Florida, and have three children together: King, 12; Major Philant, 8; Heiress Diana, 9 months. Tiny, who was born Tameka Cottle, also has an older daughter, Zonnique Pullins, from a previous relationship.

Reps for the stars did not immediately return requests for comment.

T.I., 36, has other children from previous relationships, as well: Messiah, Domani and Deyjah.

In August, a rep for Tiny denied rumors of a divorce, saying, “For them, it will always be family over everything.”

“She has read so much about her marriage in the past few weeks that it’s time to set the record straight and really educate everyone on the facts,” a rep for the T.I. & Tiny: The Family Hustle star told PEOPLE in a statement.

“Certain blogs have ‘reported’ that she’s going to be a single mom, she’s getting a divorce, she has a new residence and everything in between. On behalf of Mrs. Harris, this is the truth – Tameka and TI are good. They love each other and they have a beautiful family with seven amazing children.”

Tiny started her music career as a member of the successful R&B group Xscape. She won a Grammy Award for her work as a songwriter on the TLC hit, “No Scrubs.”