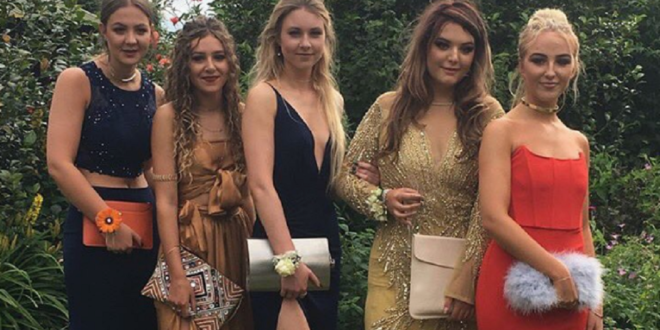 There are some moments in a parent’s life when your child does something that gives you serious pause, leaving you thinking, ‘I’m either raising an genius or a con artist’.

‘They’ll either end up in the boardroom, or a prison.’

The feeling is really pride mixed in with dread at the thought of what they’ll think of next. 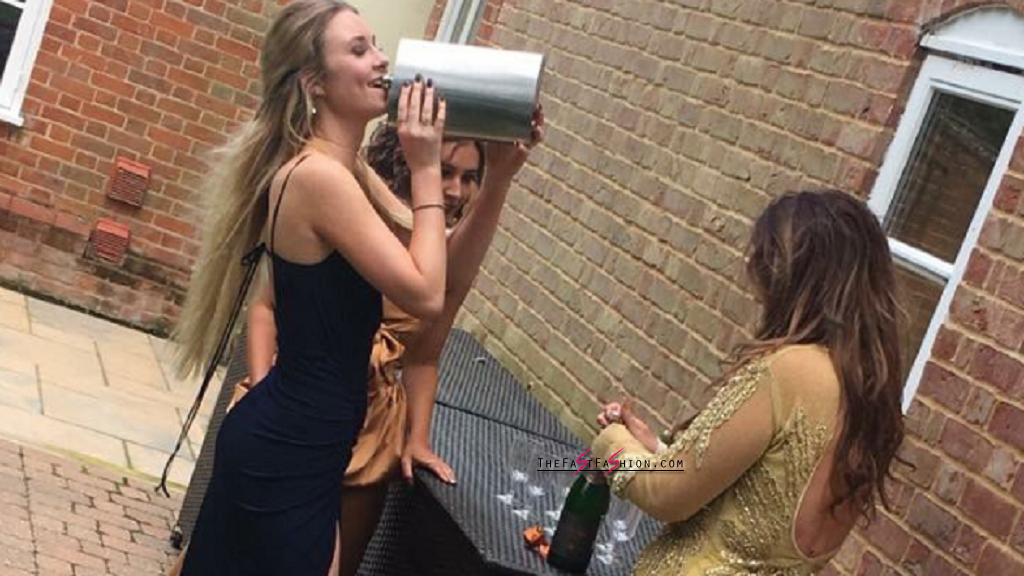 ⚡️ “When your prom clutch bag is actually a hip flask”https://t.co/qsEr6lea4v

A British mum has been left with this exact feeling after her daughter carried a giant hip flask into her school dance as though it was a handbag, boasting about the caper later on Twitter.

Can you spot the hip flask?

Eleanor with her friends before the dance. Image: Twitter @eleanorclrke

British school student Eleanor Clarke (centre) is carrying the giant flask which she used to smuggle alcohol into the event.

It’s not that it doesn’t look like a hip flask.

It’s just that handbags come in many novelty shapes so it’s conceivable that this was a hip flask handbag but on the inside, it was just a handbag.

Except in this instance it was a hip flask and it had been filled with alcohol.

Talk about chutzpah. Look at her face? She’s cool as a cucumber.

My only criticism would be that in sharing it on social media, thus allowing media organisations such as the one you are reading right now to comment on it far and wide, you are effectively:

a. Alerting your parents to the trick;

b. Alerting parents around the world to the trick;

c. Just asking to be punished by your parents/the school.

“Still don’t know how I got away with a huge hip flask as my prom clutch,” which is a valid point, except for the fact she dobbed herself in.

Eleanor will have plenty of time to ponder all of this during the several HUNDRED years during which she is GROUNDED.

And her friends aren’t getting away with anything either.

Clearly somebody had to have been carrying Eleanor’s purse, phone and lipstick, seeing as she didn’t have a real handbag in which to place them.