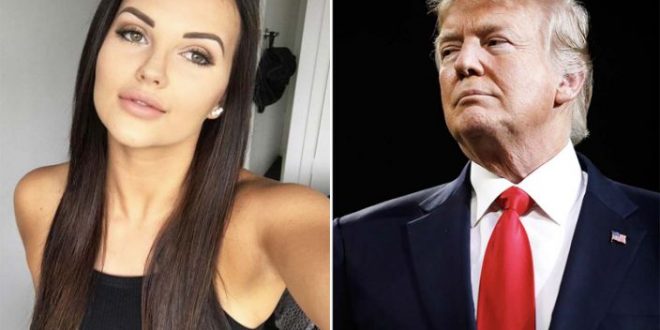 The former V8 Supercars driver-turned-X-rated social media star has had her page deactivated by the platform, claiming she’s been censored.

“I just woke up and I can’t log in. They haven’t given me any reason which I think is the hardest thing,” the 26-year-old told Daily Mail.

“I was cautious with the things I was saying in my comments. The photos I was uploading. All that sort of stuff.

“The work we’re doing isn’t illegal. If we were drug dealers or something I get it. Our stuff isn’t worse than what companies are uploading with girls in bikinis.

“It’s a bit crazy to think that it’s that strict. It’s a wild time to be alive.”

The former driver, who quit motorsport and started up her own OnlyFans account last year, believes the ban will cost her up to $15,000 a month.

“It will impact me financially in some areas,” she said.

“[For some girls] Five, 10 to $15,000 dollars a month easily. It would be devastating for people who lost their accounts.”

“I feel like Donald Trump,” she told The Daily Telegraph.

“When I told my Dad I had been banned he said ‘you’ve done Donald Trump’ and I said I’m not inciting violence – make love not war.

“(Trump) is an example of how these social media platforms are starting to take responsibility. The last week has proven that.”

Trump copped a permanent ban from Twitter last week, with the social media platform citing the potential for violence that his tweets could incite, especially after the riots at the US Capitol.

Last year Gracie made the staggering claim that she made over $500,000 in the month of June after switching from motorsport to adult entertainment.

The first woman to compete full-time in the sport, Gracie now has her own website where she sells pictures and movies for a monthly subscription fee.

After claiming she made nothing from seven years as a race car driver, Gracie said she can now pull in around $25,000 a week.

However due to the increased exposure that going public with her story created, the 25-year-old says she made over half a million dollars in the month of June alone.

“I was averaging about $70,000USD a month up until recently when I got a lot of media attention and I had a few stories go viral,” she said in an interview with fellow OnlyFans star Gina Stewart.

“I know the figures but let’s just say I made half a million in the month of June.”

While Gracie doesn’t plan on making a return to Supercars, she said the unexpected windfall from her newfound fandom had enabled her to race without the constant financial pressure that initially forced her from the sport.

“I now have the financial security to get back into it,” she said.

“I can now afford to go racing without worrying about crashing the car. I won’t be reliant on sponsorships.”

Asked if she would give up her newfound career if forced to choose between adult entertainment and motorsport, Gracie was unequivocal.