Breaking News
Home / Entertainment / Rachel Brosnahan is not a fan of guns, in films or real life 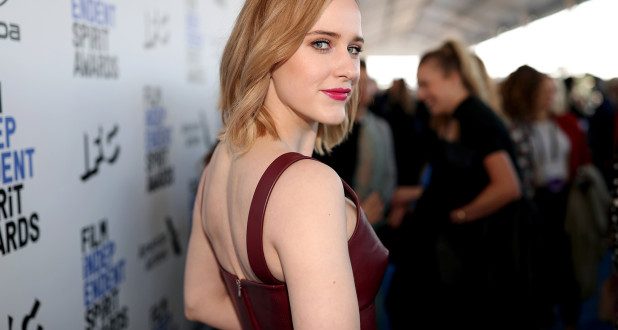 Rachel Brosnahan is not a fan of guns, in films or real life

Rachel Brosnahan, loved as smartass-wise Mrs. Midge Maisel, is a crack shot at shooting one-liners. Now she’s playing a Mob mom on the run in “I’m Your Woman,” and her character has to shoot guns. This she finds is maybe not so funny. And that maybe types like Denzel, Stallone, Brad Pitt and T. Cruise are better at it.

Rachel: “Sometimes in movies it feels like someone shoves a gun in the actor’s hand, whereupon power surges through his veins, and the person suddenly miraculously knows how to use it. I’m not comfortable handling guns.”

From Wisconsin — known more for making cheese than for pumping lead — she says: “My character in this new film made me nervous. I’m bad at handling guns and — for the first time — it scared me. I hadn’t realized that suddenly I, and everything else around, would feel really different. For a film once before, I had to learn to shoot. I wasn’t happy. Another only time was my single inexplicable date with a guy who for some reason took me to a shooting range. Trust me, this was a one date only.”

Julianne Moore, who underwent FBI training for her 2001 film “Hannibal:” “I hate guns. Trainers tell you, ‘Oh, you’ll love shooting after a while.’ No. I hate loading. I always get my skin caught. I hate pulling the trigger.”

Opposed to guns, Drew Barrymore allowed none in “Charlie’s Angels,” which she was in and co-produced. Instead, the three beauties underwent intensive martial arts training.

Meryl Streep to More magazine in 1999: “Every movie star who points a gun is not only selling their movie — they’re selling the gun. The NRA couldn’t pay these people enough money to hold a rifle for their ad — yet they’re making that ad — and for gratis. Our profession doesn’t take responsibility for the images we put out in the world.”

Gwyneth Paltrow: “In ‘A Perfect Murder,’ I broke one of my cardinal rules of never touching a gun, and I actually was made to hold one. I won’t do that again.”

May one of these ladies line up to be New York City’s next mayor.

A load of us homebound citizens have become housebroken. Either cleaning closets, tossing trash, emptying drawers or wondering why we bought that thing in the first place since it no longer fits. We’re busy either repairing the shredder or selling the stuff. Suddenly, every auction house is hustling merch. Old-time car czar John DeLorean had investors such as Sammy Davis Jr. and Johnny Carson. The car thing got busted when DeLorean, who had a cocaine habit, got busted.

So this week BringATrailer.com auctioned Johnny’s 1981 wheels, which had only 8,000 miles on it. I mean, driving through slush and mush he didn’t. The bid brought $110,000. For half that, the buyer could’ve gotten a new job with a GPS and a music system, which, to honor DeLorean, could play “Let it snow … Let it snow …”

No reason to party

The national GOP, edging anti-New York, says what we already know — that we spend too much. And yet we have no rural road system, have a large NYPD force and we house the world’s financial capital. We desperately need federal aid. McConnell and Pelousy declared war on us. First, they handle the emergencies, later the cities. Mitch McMaster’s plan is 1,000 cuts to the president’s ideas and to diminish Trump’s influence. And he’s said he’s in for “the long game.”

Those indebted to Donald for helping to crush the ISIS caliphate in the Middle East and for standing with the police recognize he’s onto building a third party. He’ll barnstorm the country, get on every state ballot, and bank heavy money while parents and universities raise four more years of left-leaning Democratic Party dominance. May the Almighty bless the formerly almighty United States of America.

Fashionista: “What’s the big deal about virgin wool? Who wants a sweater that doesn’t even look good to another sheep?” 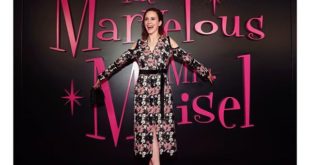