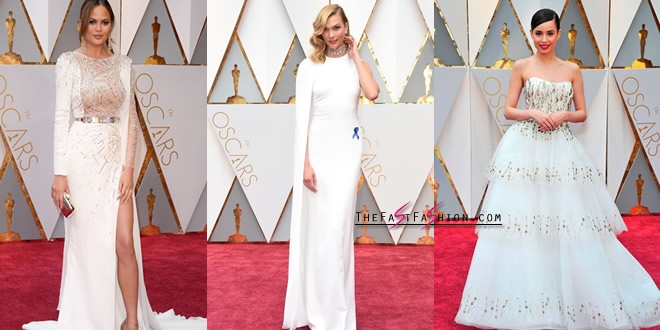 The stars pulled out all the stops for the biggest night in the showbiz calendar, dazzling in custom-made emsembles as they walked the carpet at the Dolby Theatre in Hollywood.

Chrissy Teigen also opted to wear white and looked a picture of perfection in her angelic thigh split white gown by Zuhair Murad.

Ruth Negga, who is nominated for her role in Loving, in which she plays the real-life Mildred Loving, who was jailed for entering a mixed-race marriage with husband Richard in 1950s Virginia, opted for a bold red lace custom-made Valentino gown.

The high collar look, which featured a hint of lace and a little transparency, was definitely a head turner.

Like Karlie and many others, the 35-year-old actress honoured the American Civil Liberties Union (ACLU) with a small blue ribbon pinned to her dress.

Emma Stone, who is up for Best Actress, stuck to one of the trends of the night and glittered in a gold fringe Givenchy dress.

The actress teamed the dress with simple black heels and a statement necklace.

Justin Timberlake and Jessica Biel also made a handsome duo on the red carpet. The singer looked as dapper as ever in a sharp black tuxedo, while actress Jessica shone in a long gold gown.

On the night, musical La La Land leads the nominations, picking up 14 nods to tie the record set by Titanic and All About Eve.

It’s up for best picture and best director for Damien Chazelle. Both of its lead actors, Ryan Gosling and Emma Stone, are also recognized for their work In addition to La La Land, Arrival, Fences, Hacksaw Ridge, Hell or High Water, Hidden Figures, Lion, Manchester by the Sea, and Moonlight are also up for best picture. 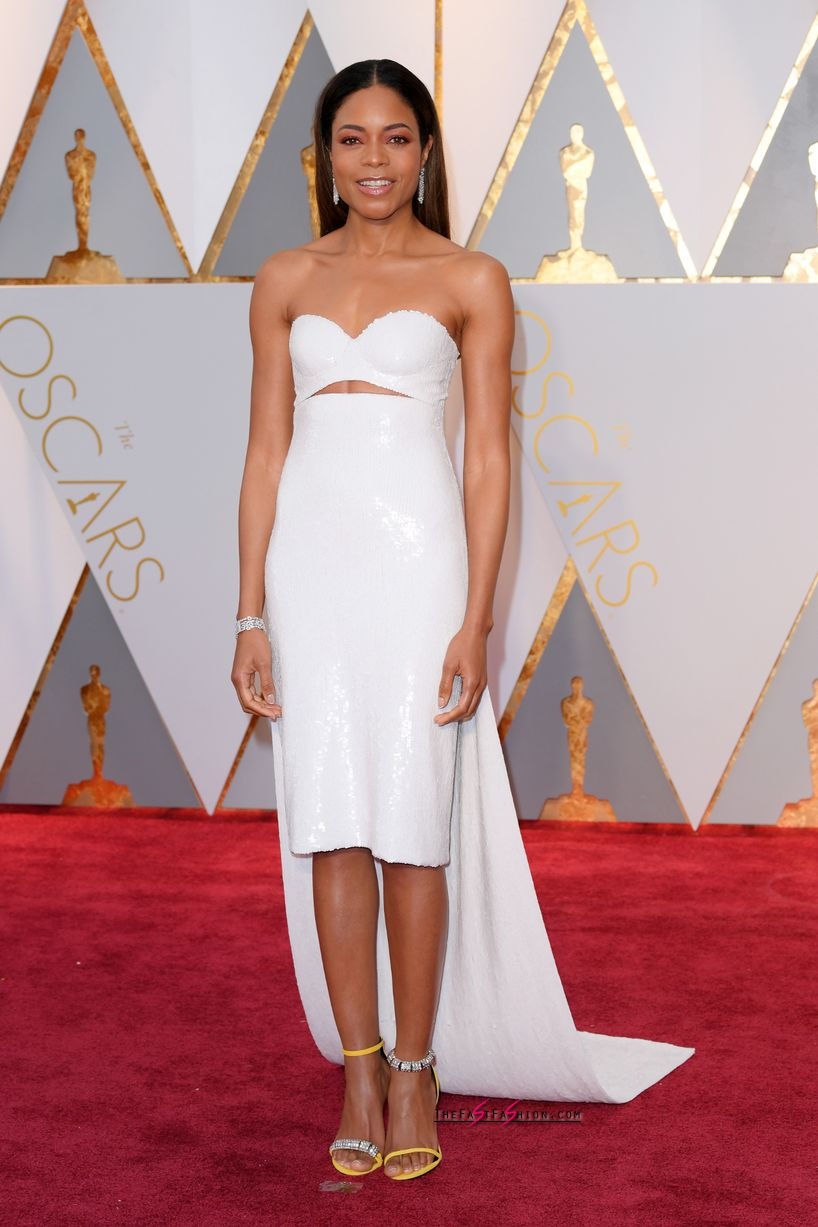 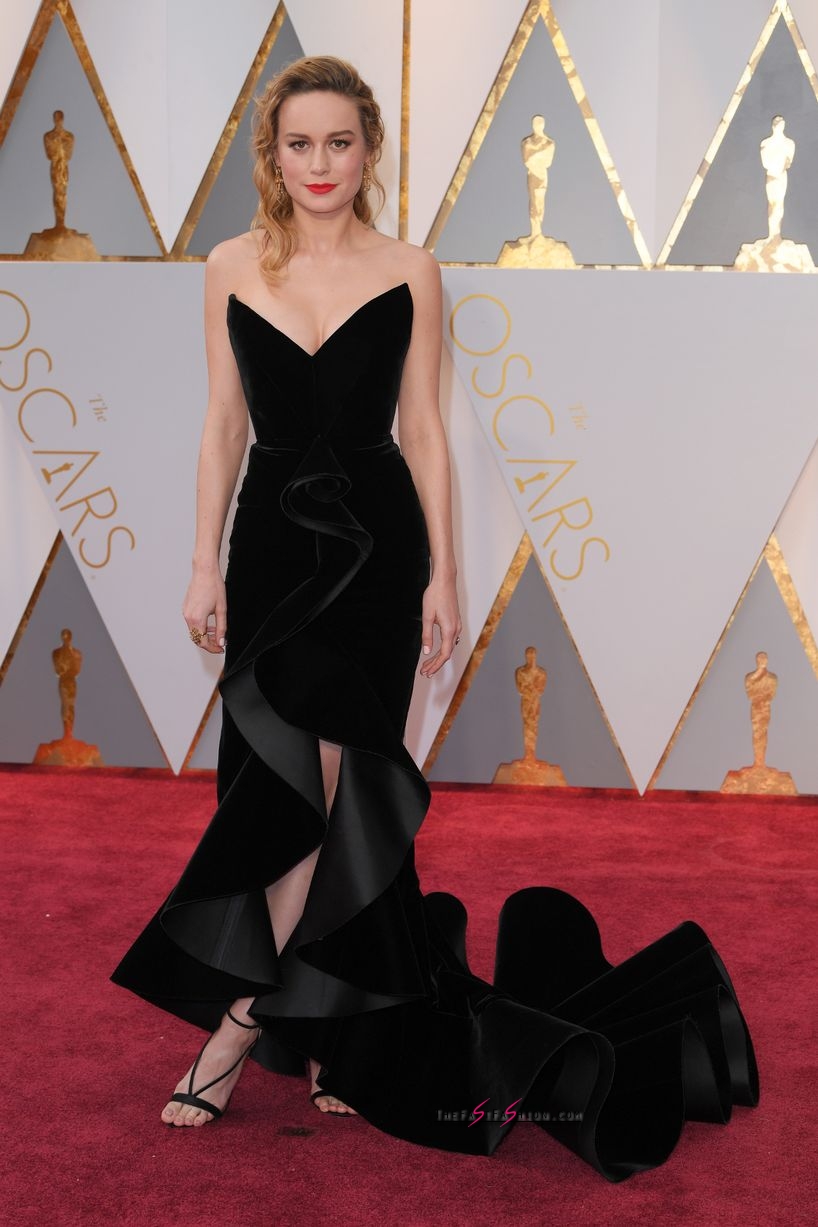 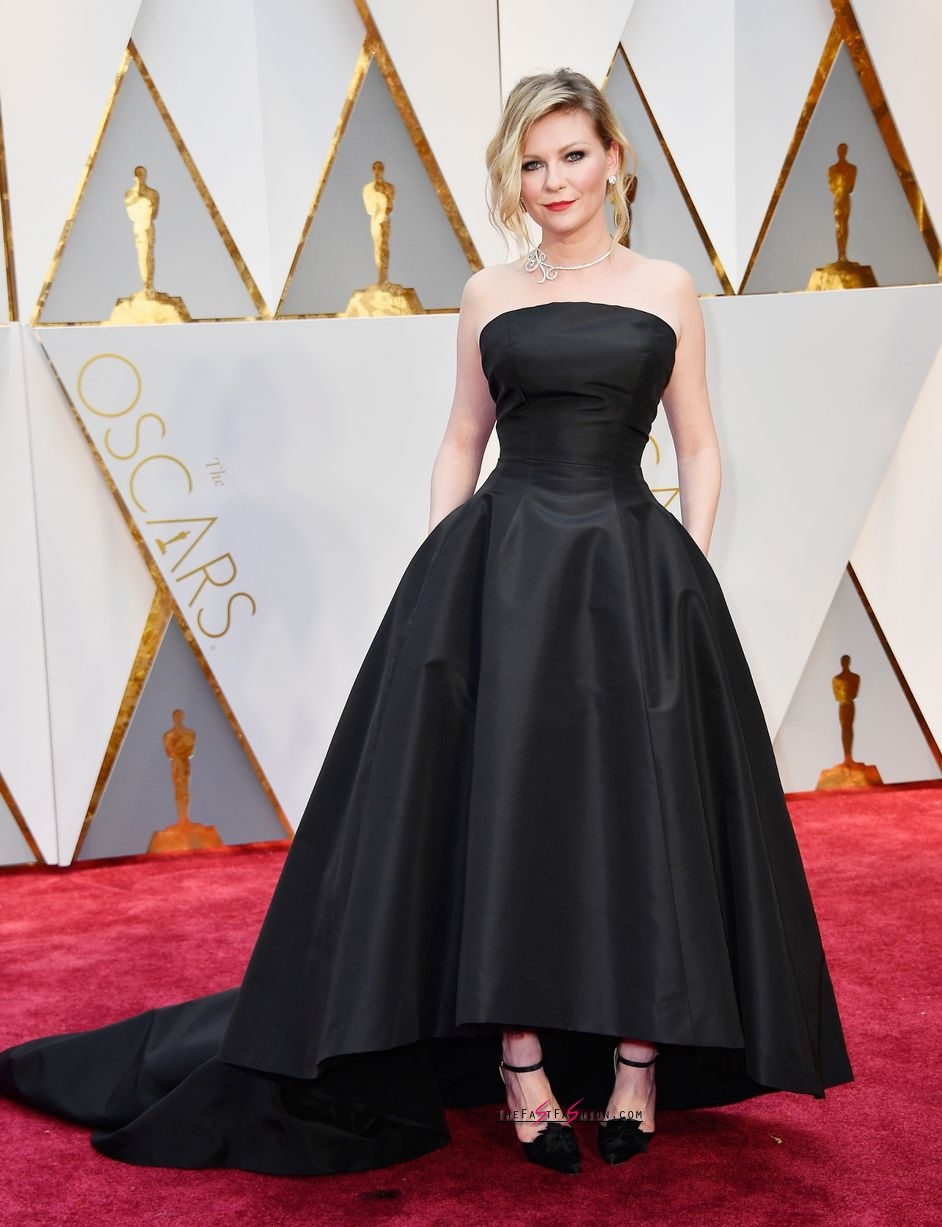 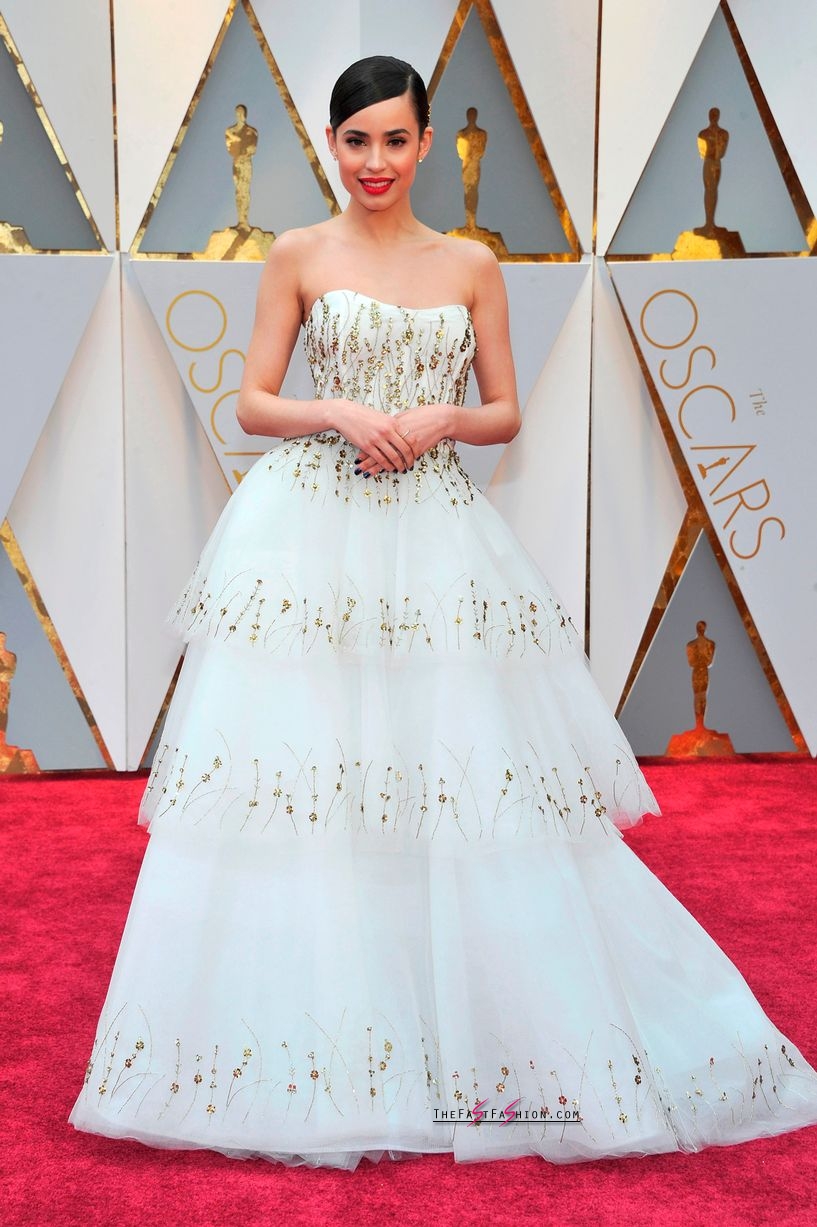 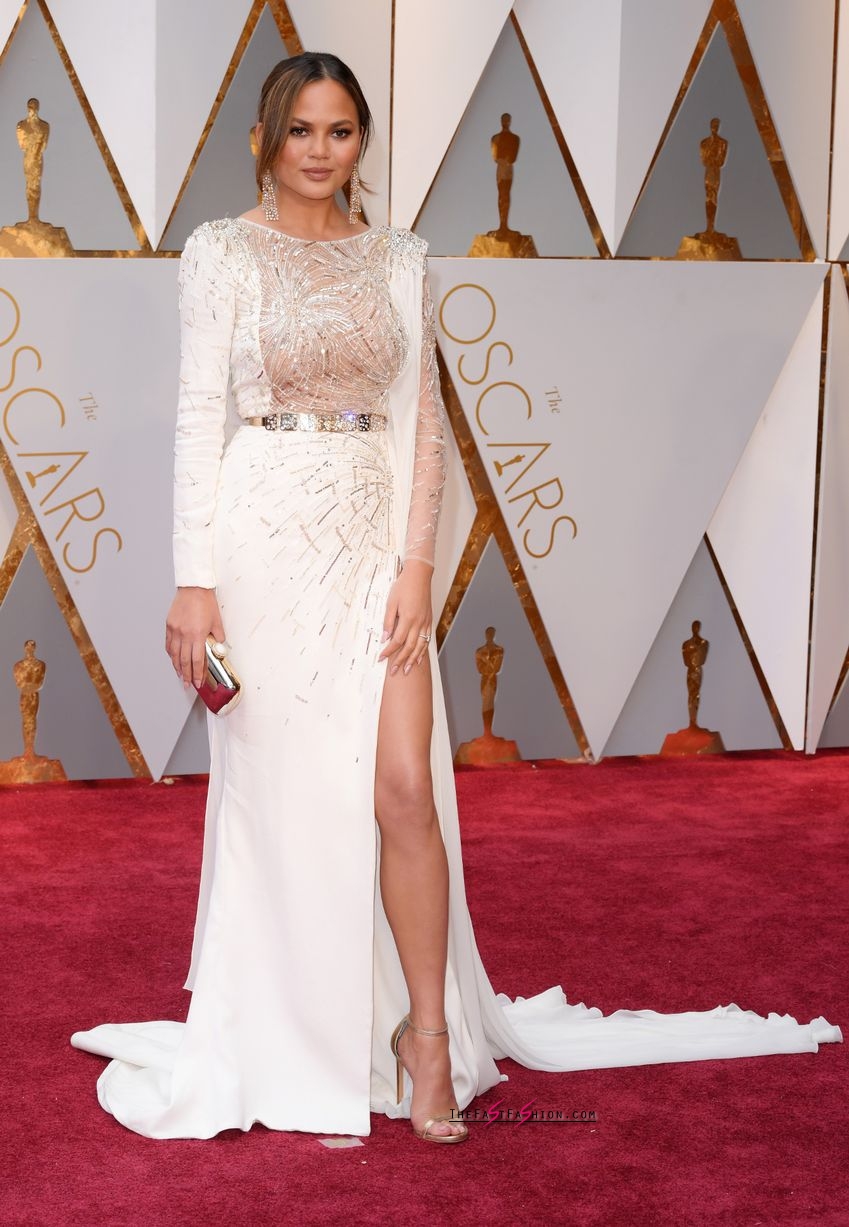 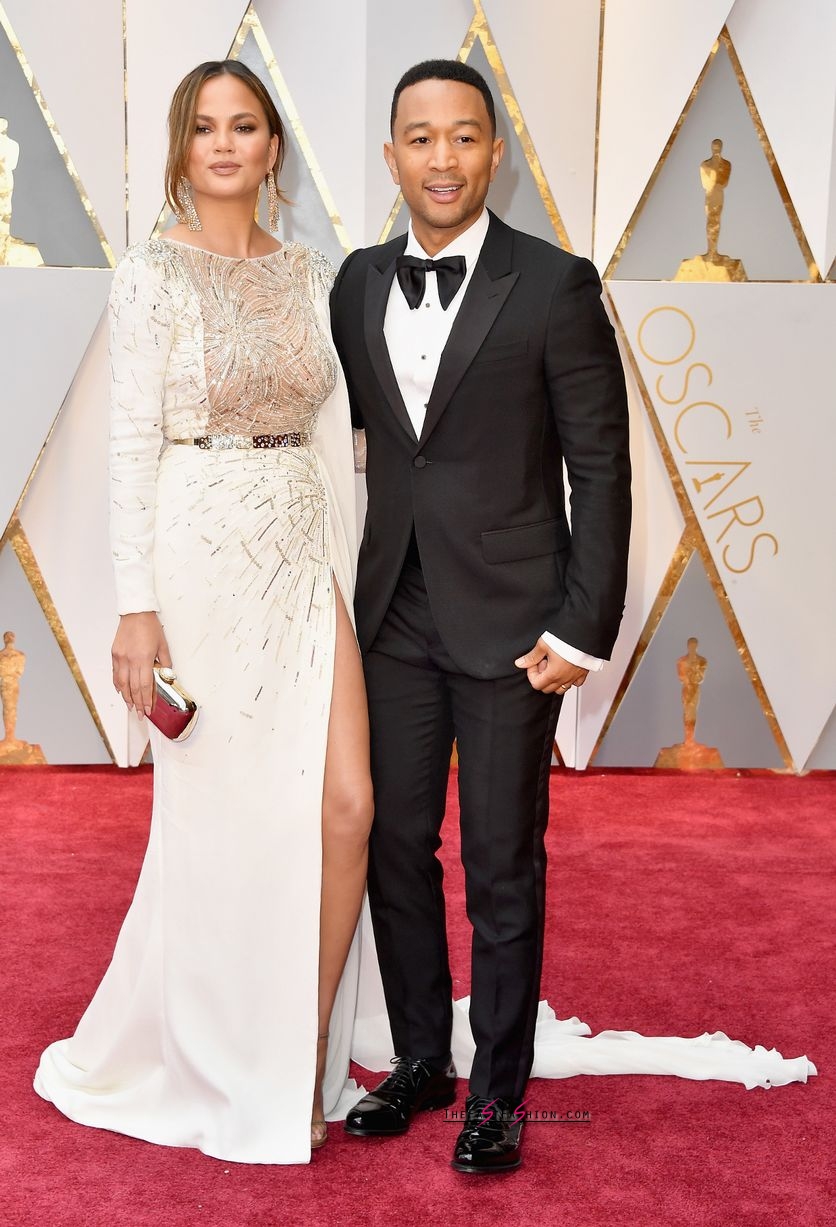 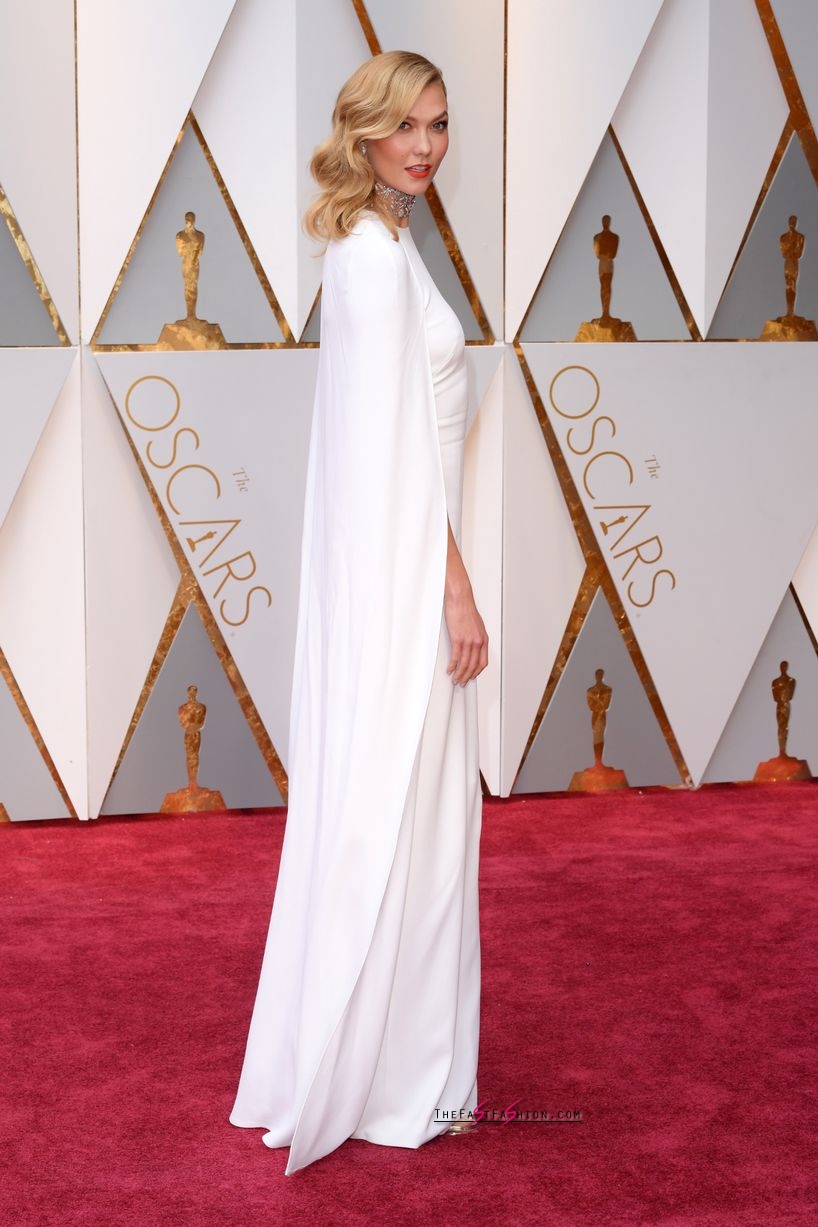 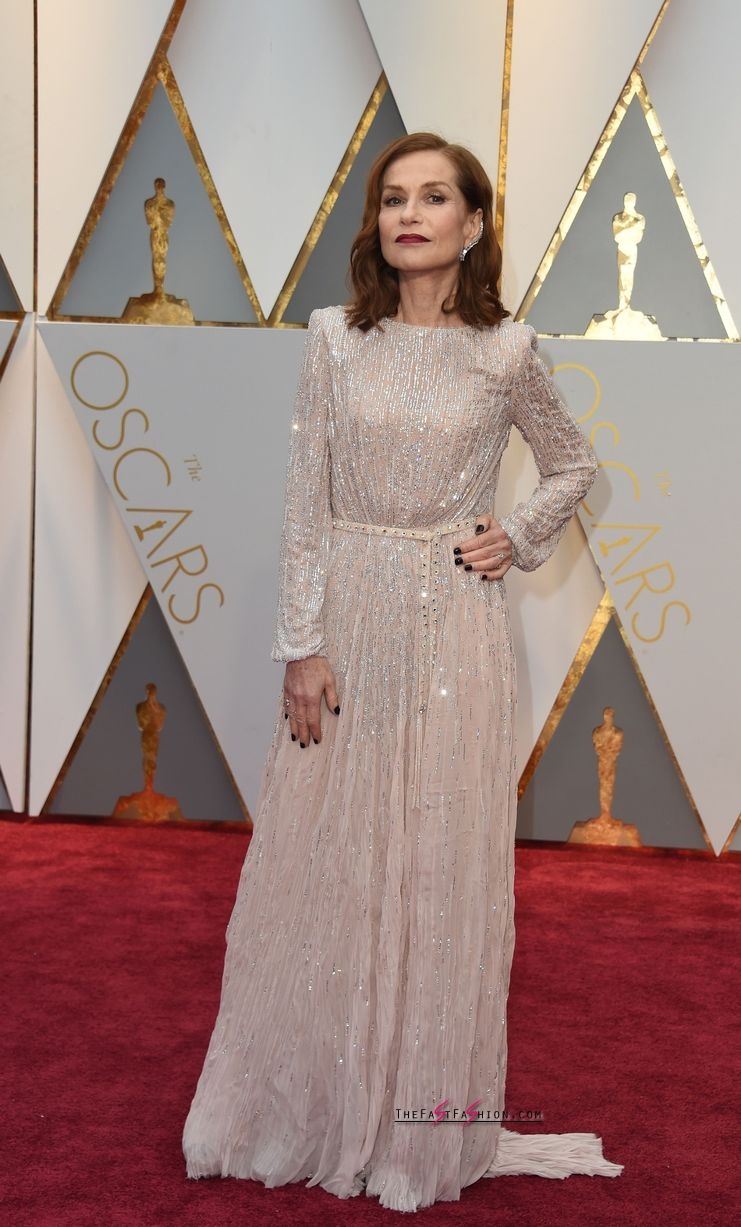 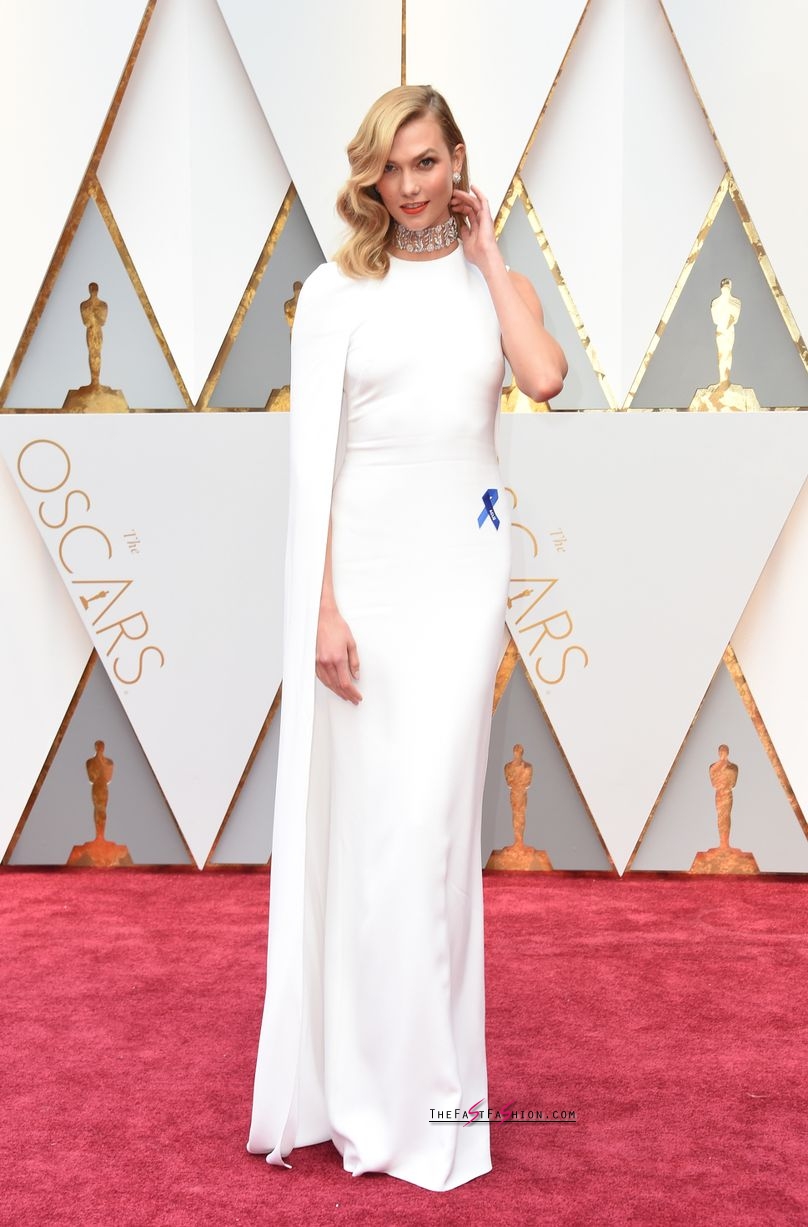 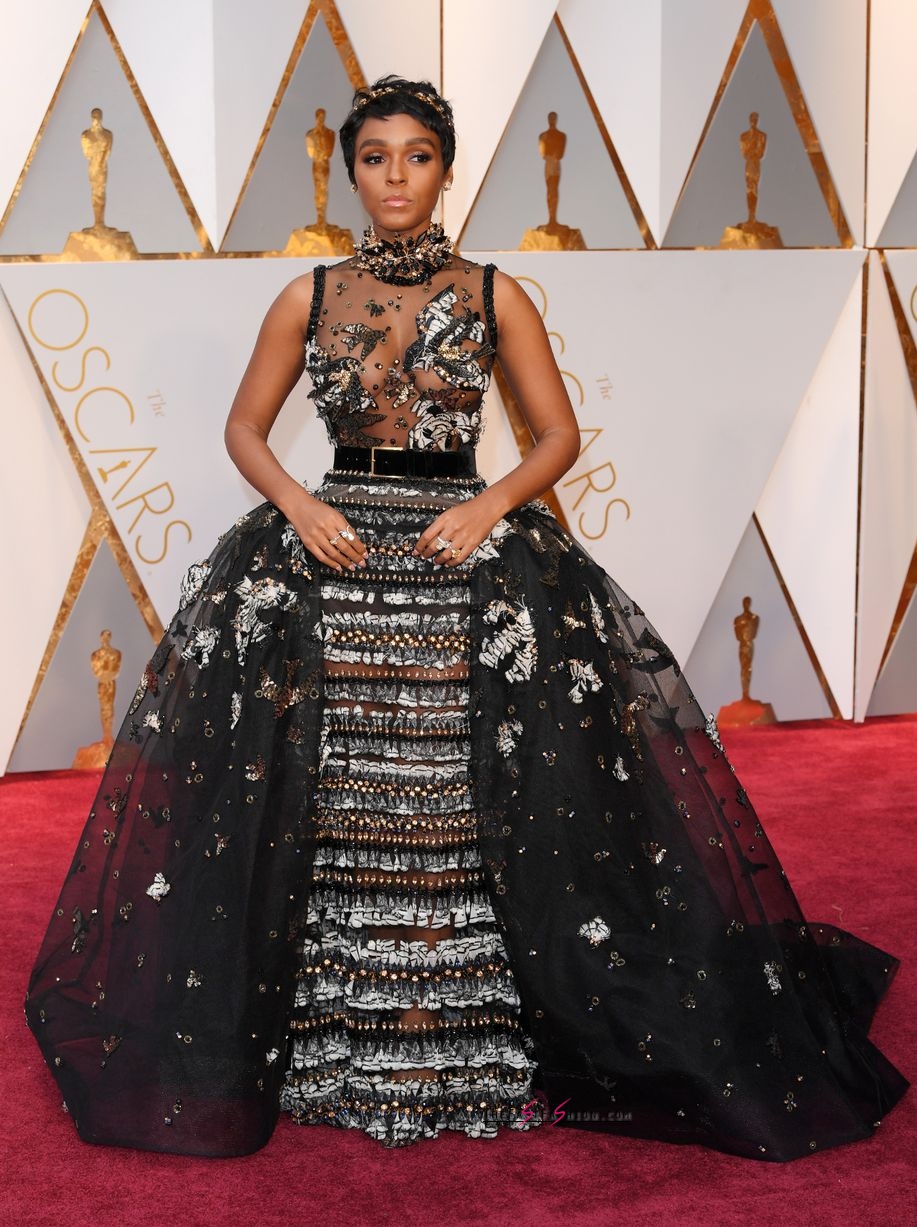 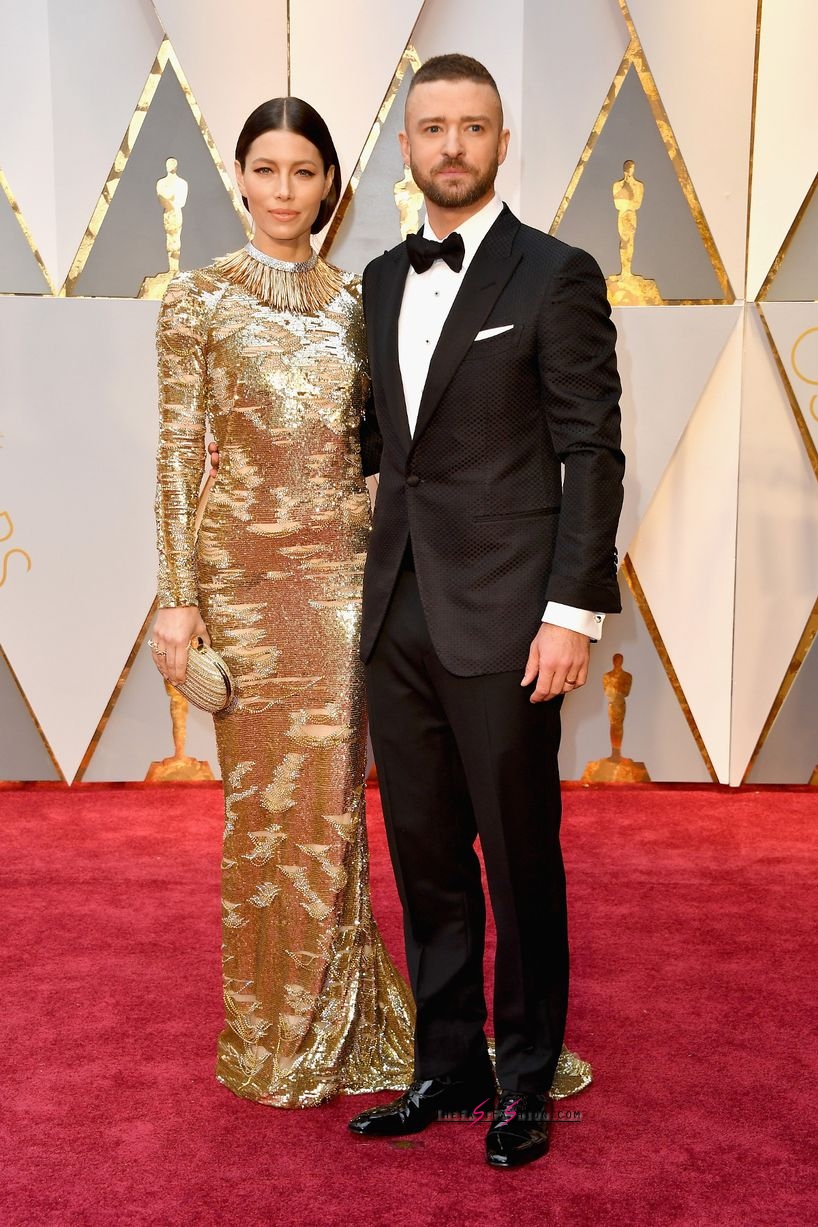 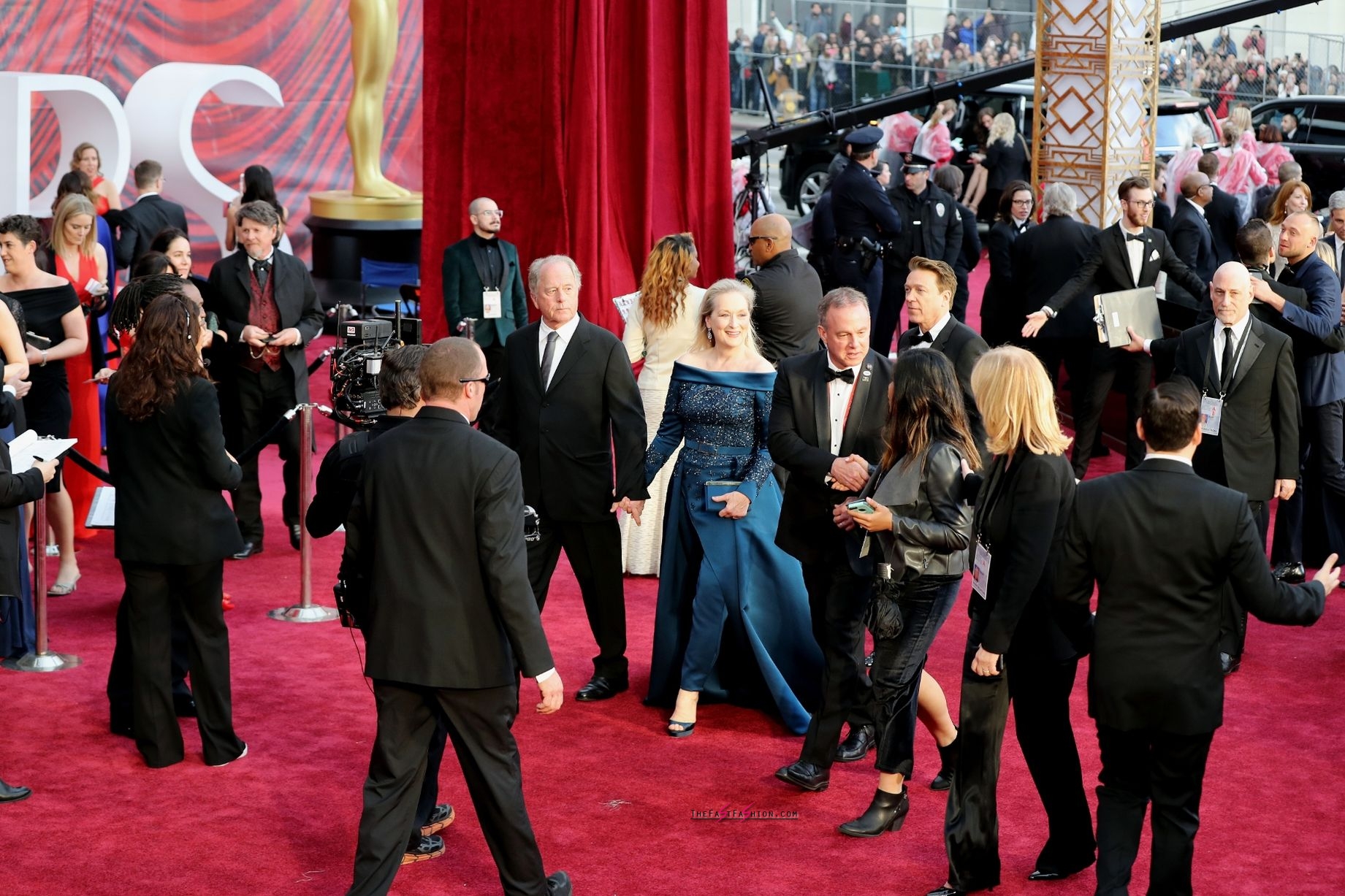 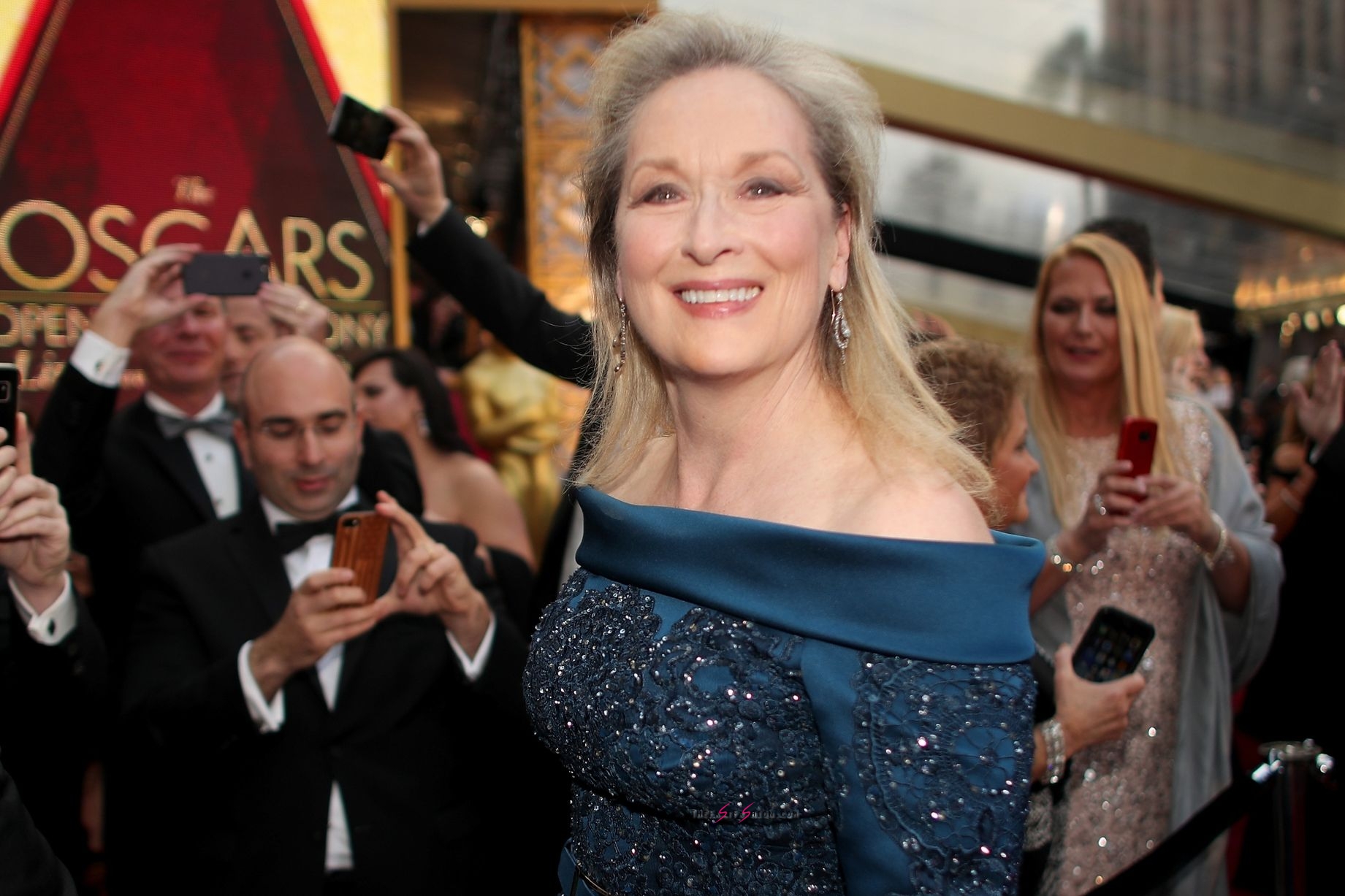 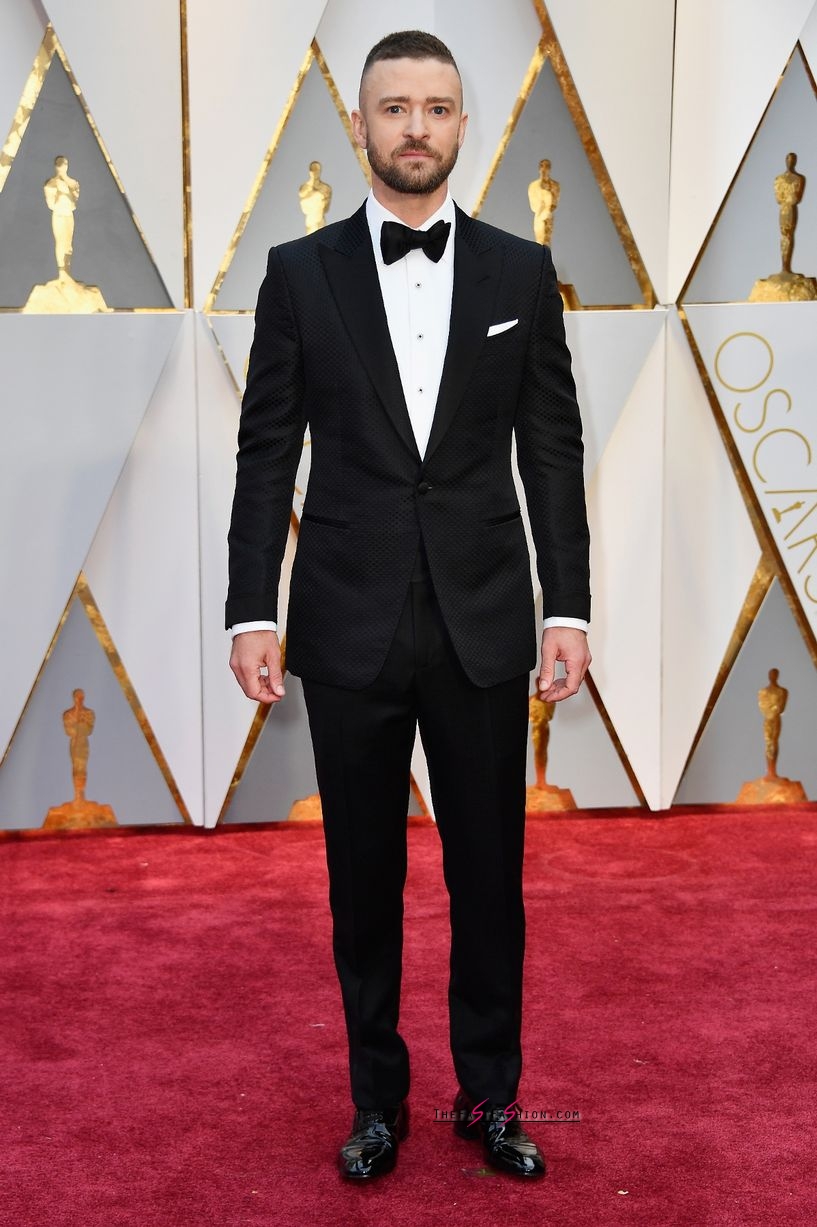 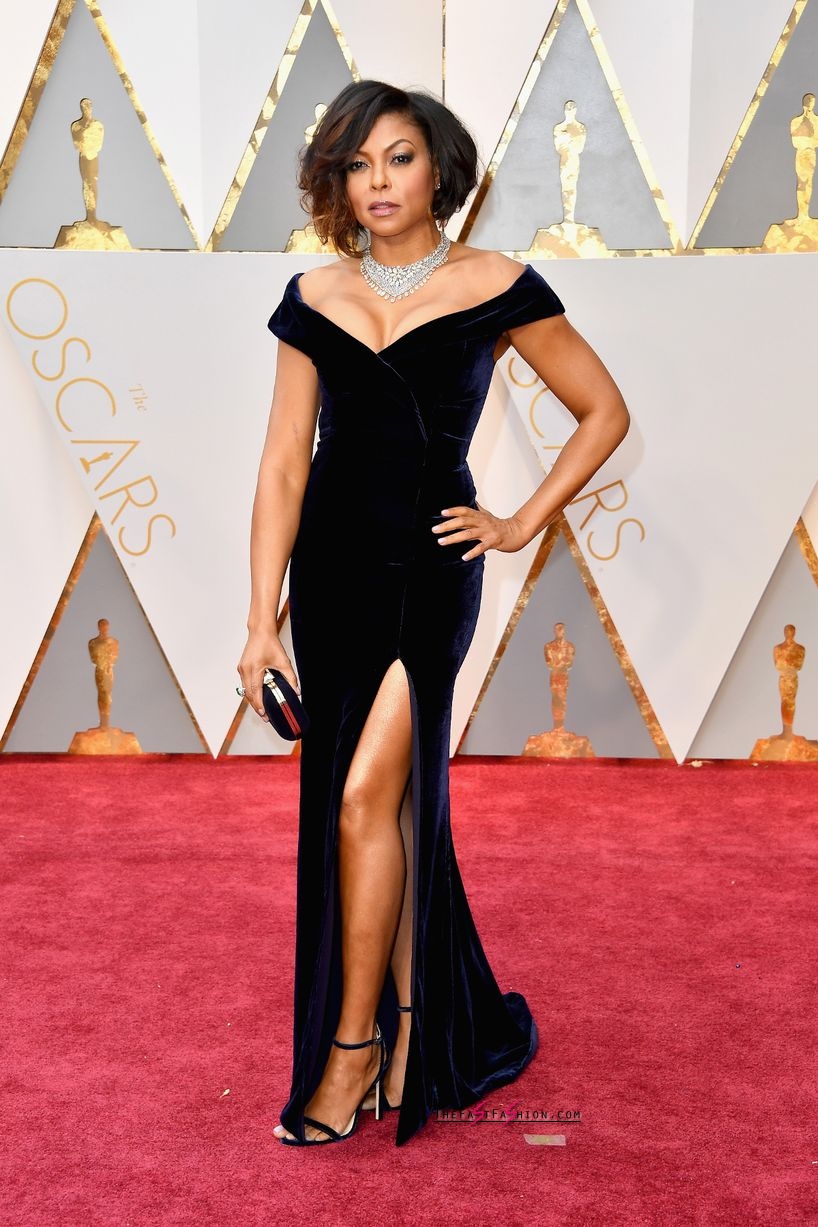 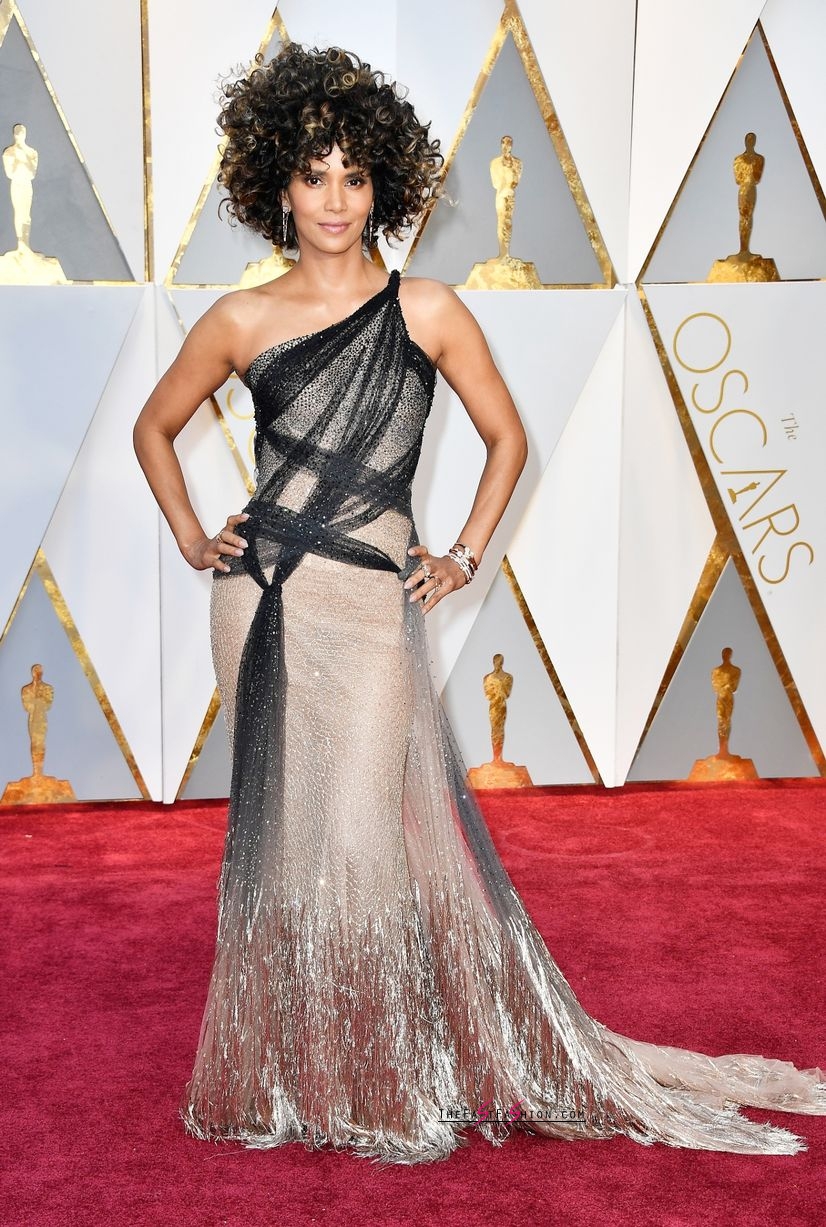 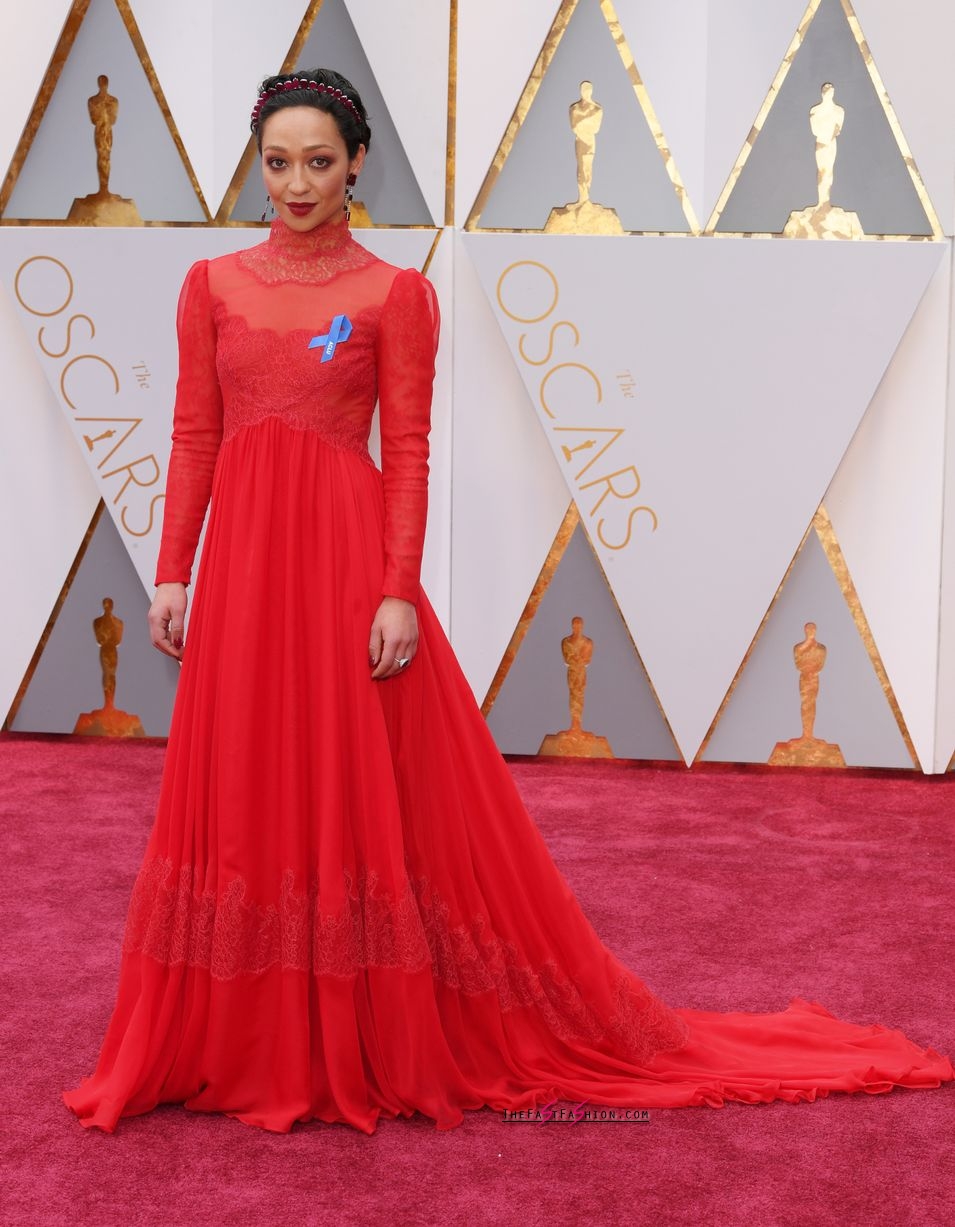 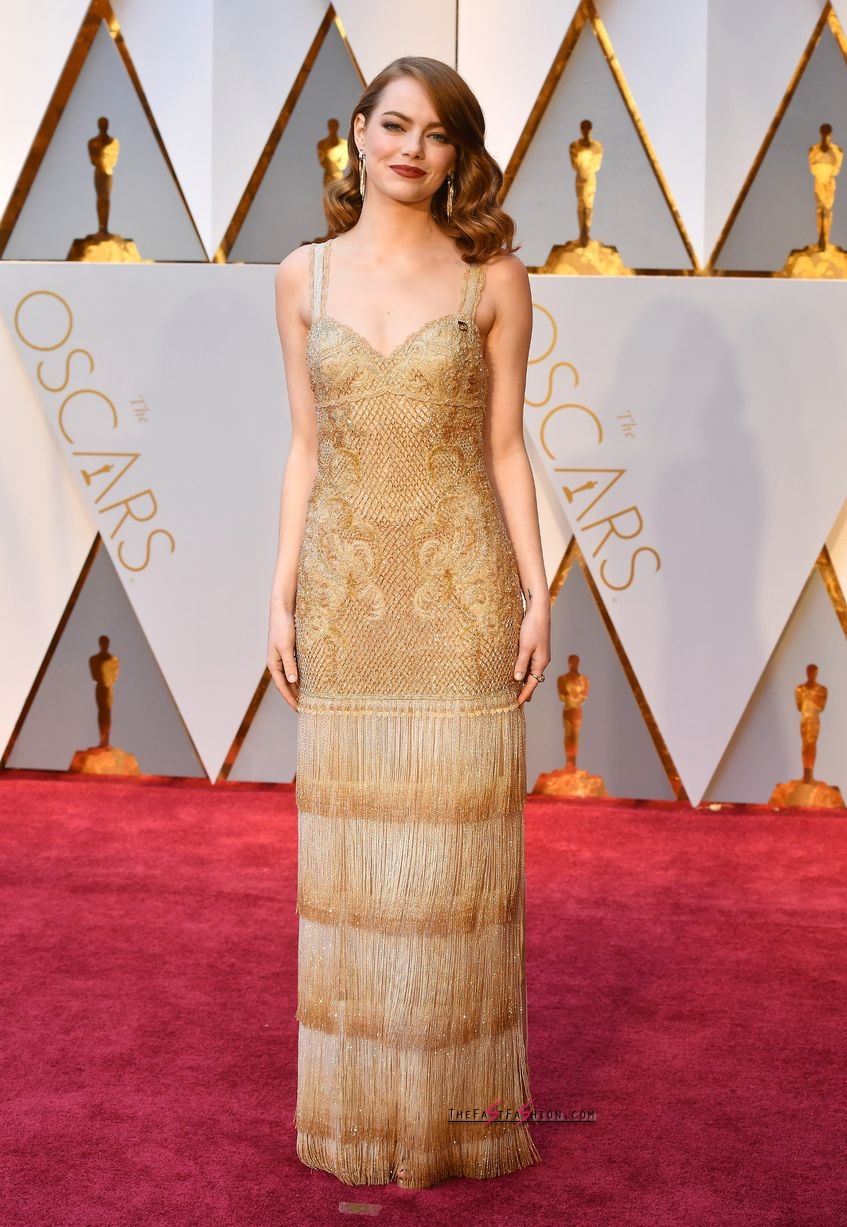 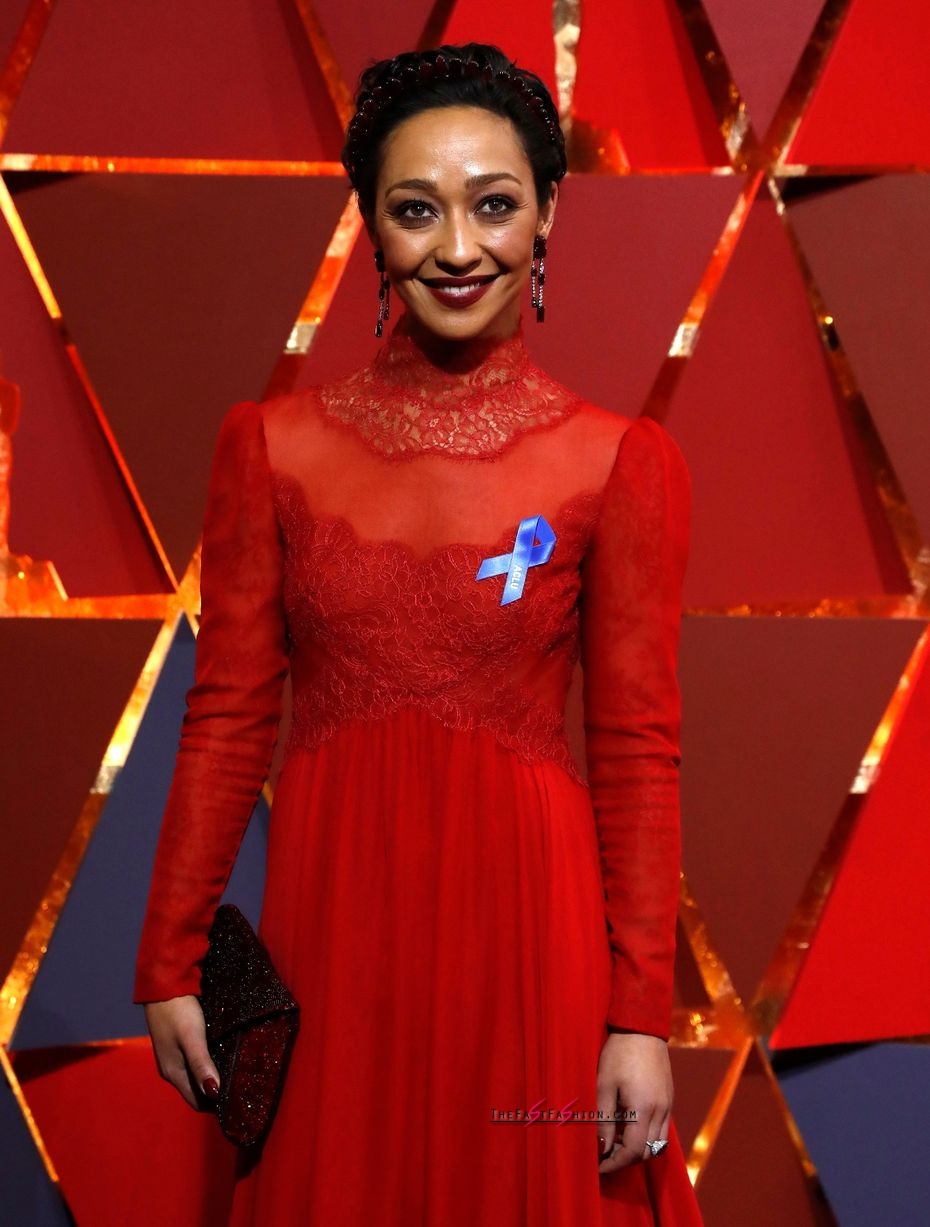 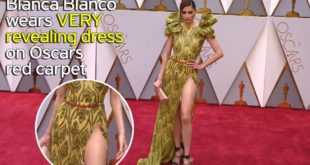 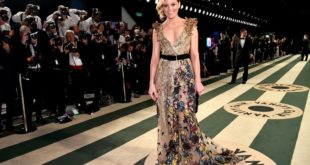 The Oscars Red Carpet: 58 Hottest Photos From the Afterparty 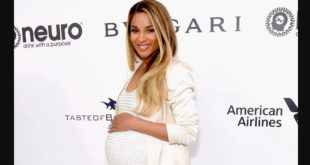 Ciara Pulled a Kardashian Style Move at the Oscars Afterparty 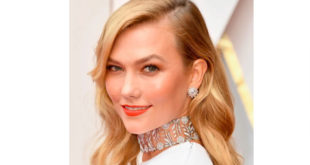 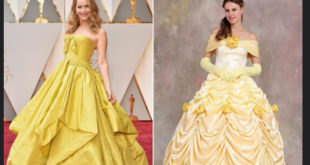 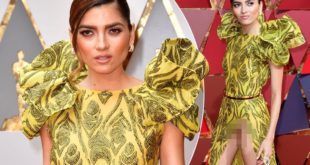