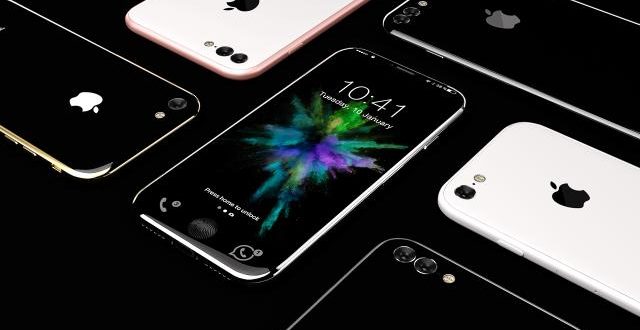 The iPhone 8 is arguably Apple’s most hotly anticipated device in quite a few years. While the excitement surrounding the Apple Watch in 2014 was certainly significant, the actual release was a bit underwhelming relative to the hype. With the iPhone 8, we likely won’t have to worry about the hype eclipsing the product itself.

After all, the iPhone design has essentially remained unchanged since Apple released the iPhone 6 back in 2014, which is to say that millions of iPhone owners have been patiently waiting for years for Apple to finally grace the iPhone with a bold new redesign. Consequently, many analysts believe that the iPhone 8 will help anchor the most significant iPhone refresh in history.

What makes the iPhone 8 so intriguing is that Apple won’t only be introducing a new design, but a completely unique design unrivaled by anything else on the market. According to a number of credible sources, not to mention a plethora of leaked schematics and product parts, the iPhone 8 will feature a completely edgeless 5.8-inch OLED display. In turn, there have been conflicting reports surrounding Apple’s plans for the Touch ID sensor. Though some leaks have suggested that the Touch ID sensor might be located on the back of the device, it now seems that those leaks were based on early iPhone 8 prototypes that Apple has since abandoned. That said, it’s now believed that the iPhone 8 will feature a Touch ID sensor embedded into the display itself.

With the iPhone 8 release inching closer and closer, and with mass production not too far off itself, the frequency of iPhone 8 leaks has increased substantially in recent weeks. Just a few hours ago, a new series of images appeared on the Apple subreddit. The images are purportedly from a source within Apple’s supply chain, with the caption to the photos stating: “I have a friend in the industry who just sent me these. He said the Chinese manufacturers got these last week.”

While unsourced rumors should of course be taken with a grain of salt, the leaked panel images below seem to corroborate a number of previous iPhone 8 rumors we’ve seen lately. Most notably, you’ll note that there’s no Touch ID sensor on the rear panel. Additionally, the front display includes two flaps on the top that flank the earpiece. 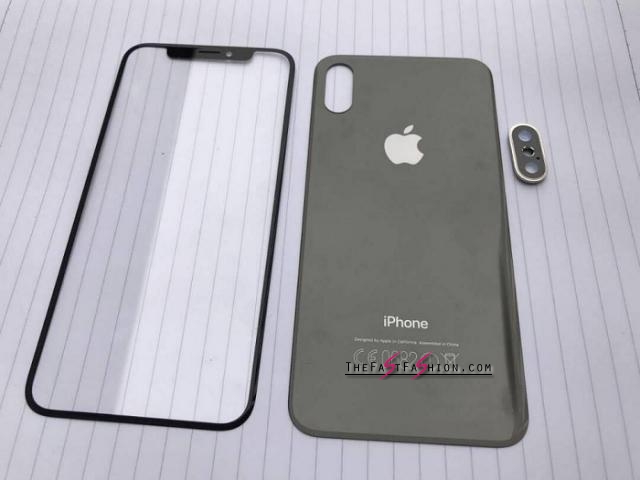 And below is a photo of the iPhone 8 frame alongside what we believe are frames for the iPhone 7s and iPhone 7s Plus. 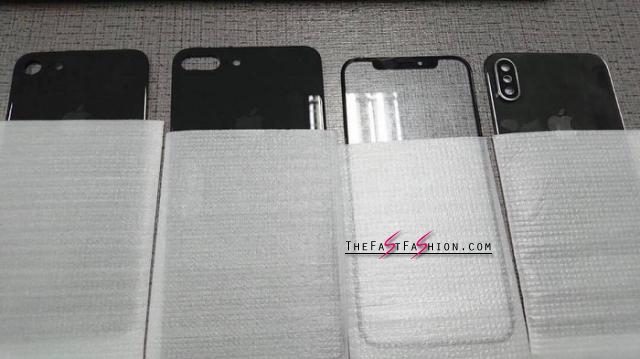 The leaker also adds that both the iPhone 7s and 7s Plus will include support for wireless charging. Notably, this is at odds with a previous rumor that made the rounds earlier this month.

Now as for what the iPhone 8 might look like running iOS 11, the following renders are worth sharing even though we would like to imagine that the device’s two flaps would be black.

RELATED:  iPhone 8: Release date, price, news and everything you need to know 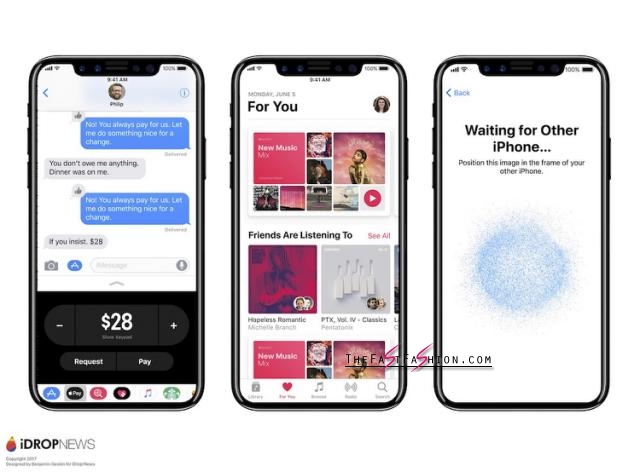 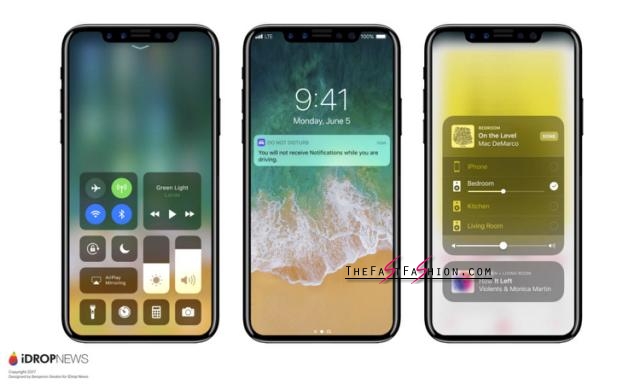