Breaking News
Home / Entertainment / Maine Coon kitten outweighs a toddler: ‘Everyone confuses him with a dog’ 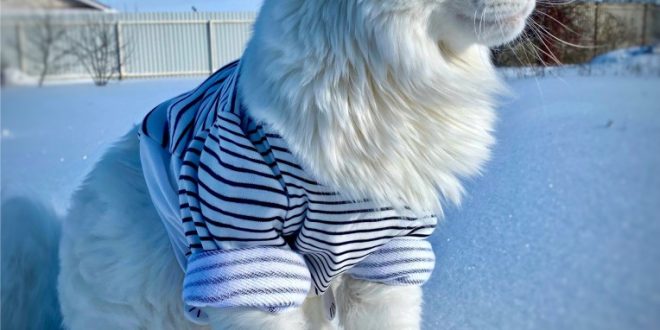 A Maine Coone from Stary Oskol in eastern Russia is thought to be the world’s largest kitten at just under 2 years old — with perhaps years more before he stops growing.

“But when strangers come to the house, everyone first confuses him with a dog,” she added.

In fact, Kefir weighs more than the average toddler, with 2-year-olds typically clocking in at 26 to 28 pounds, according to BabyCenter.com.

“I could not even think that an ordinary baby can become so big,” joked Minina. 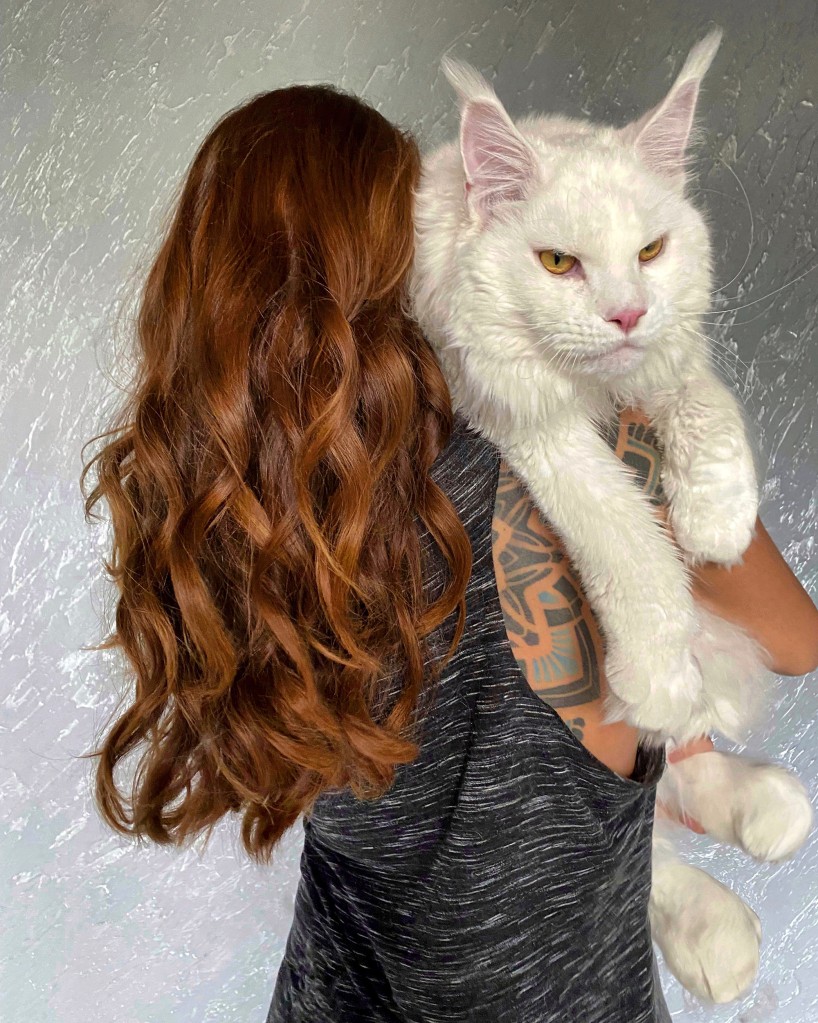 She told South West News Service that the commanding kitty’s stature is matched by his charming disposition. “He not only grew up big in appearance, he is also very smart and always behaves calmly,” she boasted.

For all the care he requires, Minina speaks about Kefir as if he were her own son: “The look is generally like that of a person, and Kefir has a formidable appearance, but he is a very affectionate and modest child,” she mused. 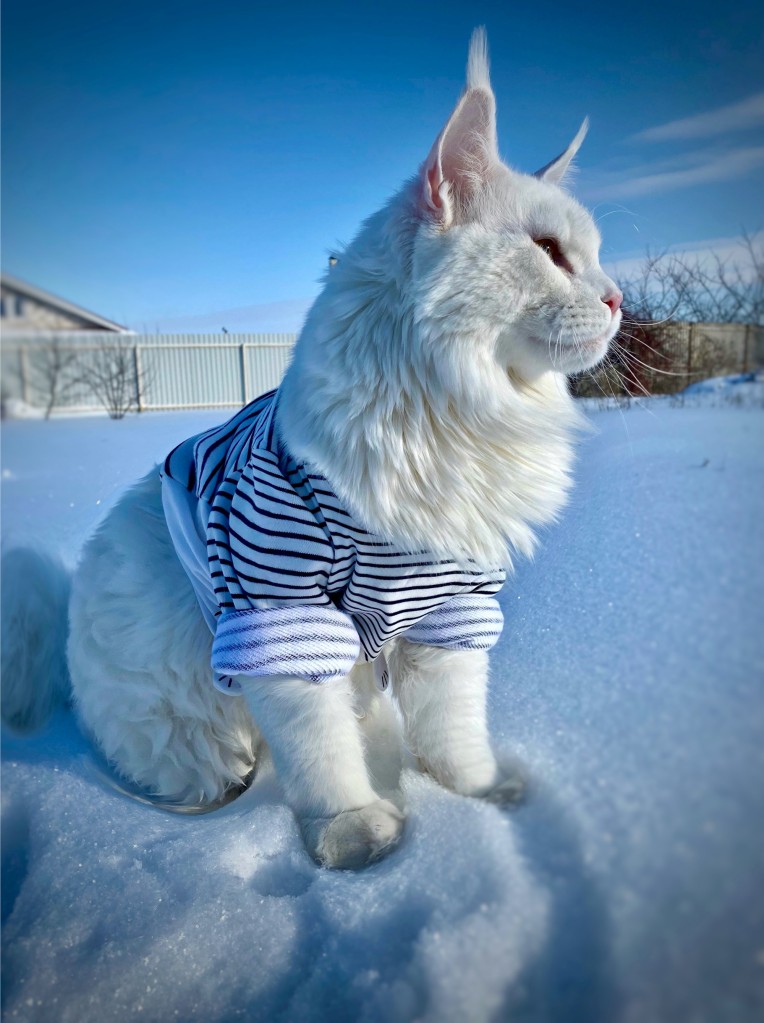 Like a newborn begging to be coddled, she suggested: “When friends and acquaintances come to the house, all the attention is on him and he willingly allows himself to be stroked.”

The Maine Coon breed, as its name suggests, hails from the state of Maine from regarded as one of the oldest homegrown breeds in North America. In the early days they were prized for their hunting skills, and since nicknamed “the gentle giant,” as they’ve taken primarily indoors as a highly regarded house cat, and even described as having friendly and playful, “dog-like” personalities. 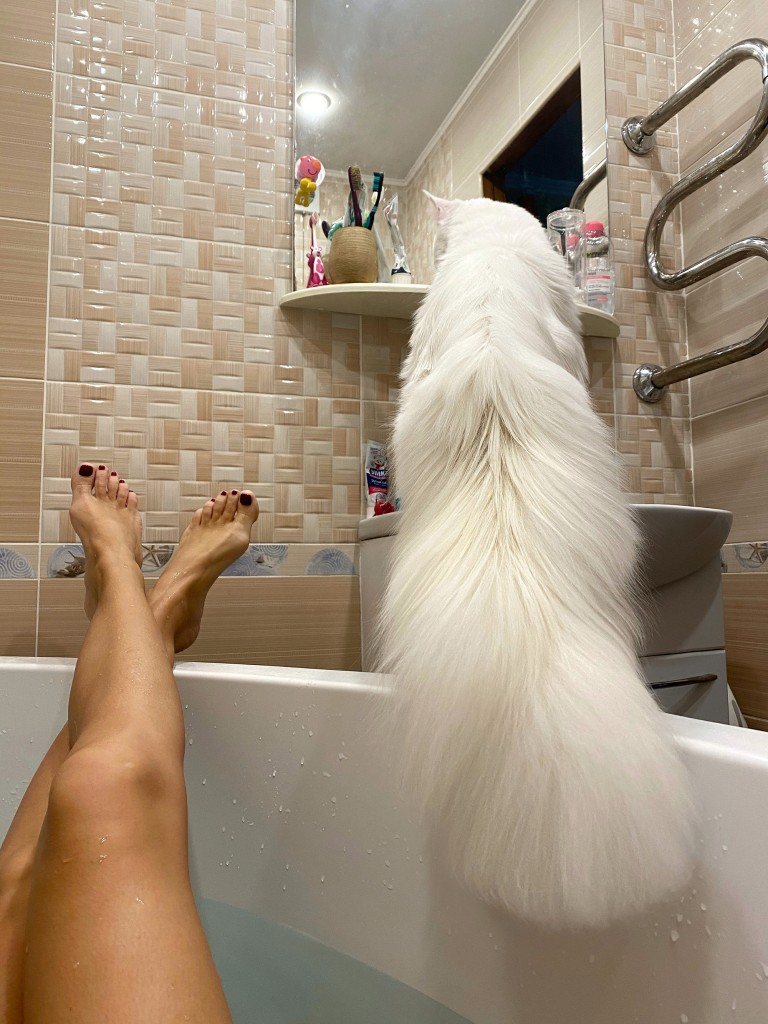 Until the Savannah cat was introduced in the 1980s, the muscular, broad-chested Maine Coon was considered the largest domesticated breed in the world — with an average weight of up to 18 pounds for males, and 12 pounds for females, reaching lengths over three feet, including the tail.

But according to Minina, Kefir has already eclipsed the average Maine Coon.

Since gaining 28 pounds (12.5 kilograms) — with still two more years to size up as Maine Coons are known to grow for up to four years — Minina can’t do all the things with Kefir she used to.

“At night he likes to climb on me and sleep. When he was a kitten, it didn’t cause me any inconvenience,” she explained. ”But now he has become big and heavy, and, of course, it is difficult to sleep like that.”

Minina added that the images of her cradling the overgrown cat are evidence of his extraordinary stature as she promised, “I don’t use Photoshop.”

Previous Emily Ratajkowski Doubles Up on Fringe in a Silver Halter
Next This extreme tattoo fan has spent over $100,000 inking his entire body