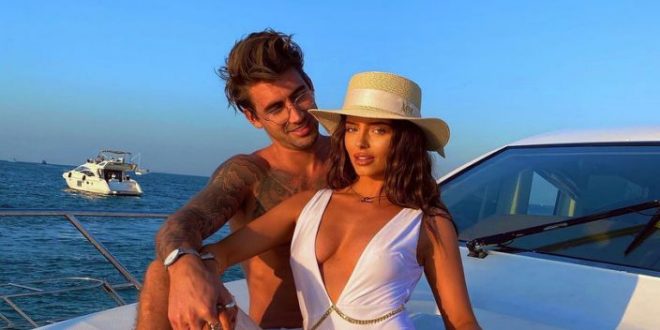 A whole host of reality stars and influencers have flocked to Dubai since England relaxed their COVID-19 lockdown rules slightly.

Former Love Island star Maura Higgins and her new boyfriend, fellow Love Islander Chris Taylor are amongst them and from their Instagram accounts, it looks like they’re having the time of their lives. 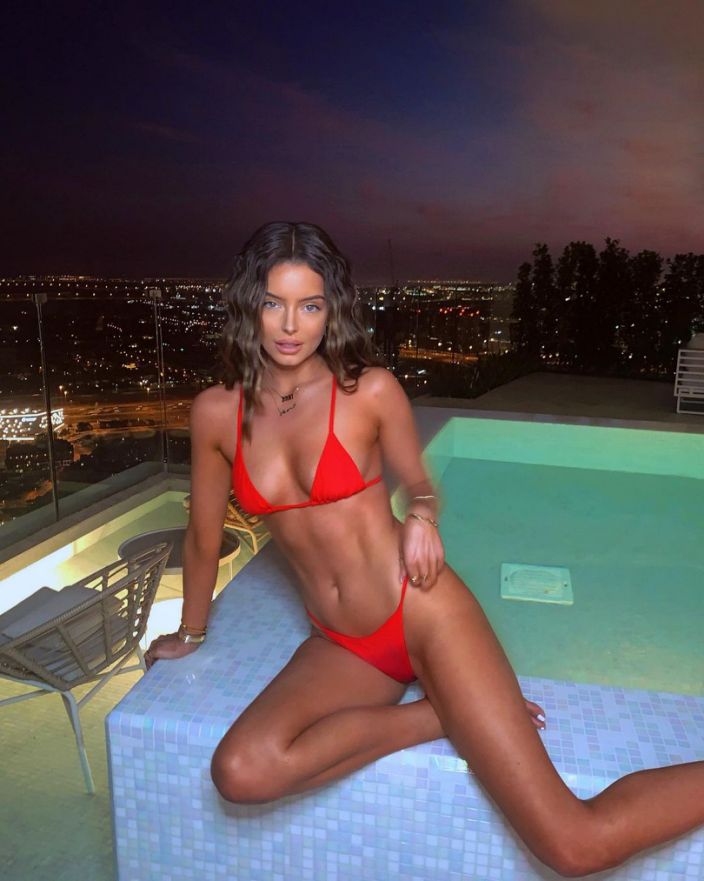 However, 29-year-old Irish former ring girl, Maura, has now been called out online, after fans accused her of Photoshopping a racy bikini photo she uploaded to her Instagram.

The photo sees Maura perched on the edge of a pool at night, wearing a tiny red bikini from Revolve and appearing to pull up the bottoms on one side. 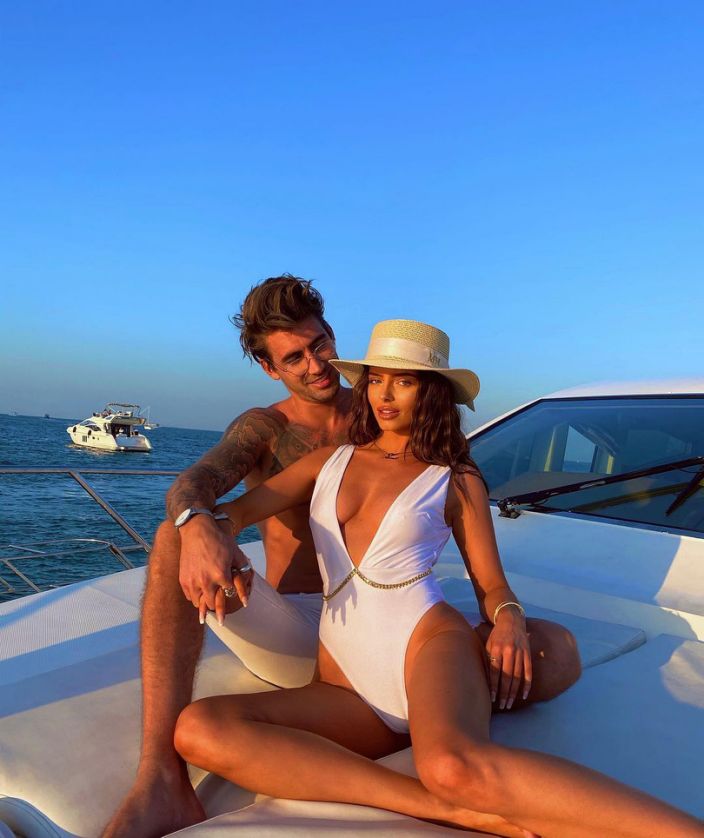 While many people flooded the comments section telling her how great she looked in the swimwear, others were a bit confused about some parts of the photo.

“What’s with the bad photoshop on your arm hun?” one person asked.

Another agreed, saying: “What’s going on with the arm?”

Others thought it was Maura’s leg that had been given a once over in the editing tools, with one person asking: “What about the leg? Way too long.” 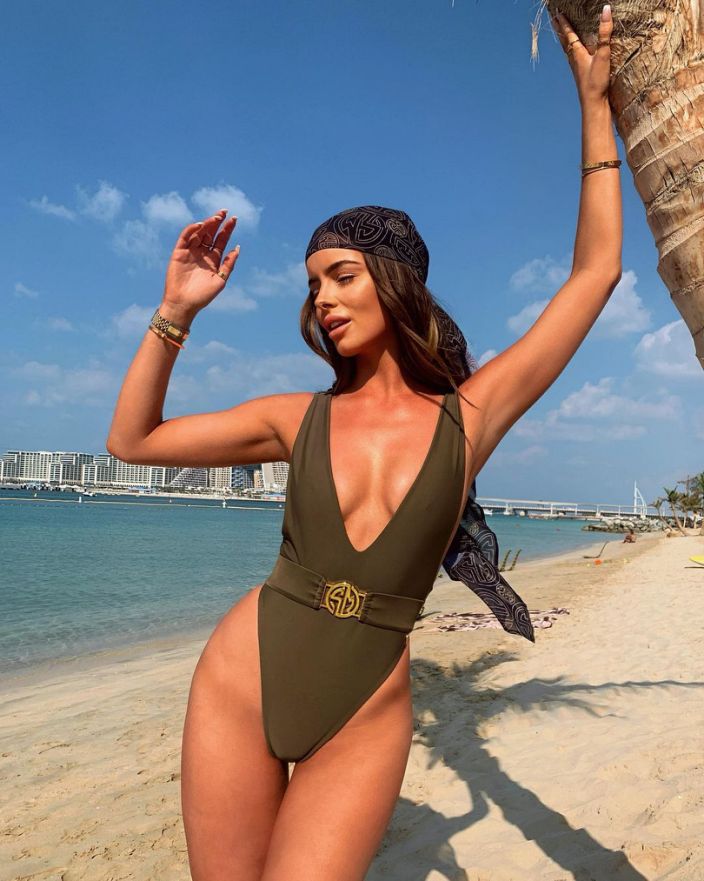 “What the hell happened to your left leg?” another person simply asked, with another writing: “Nice editing”.

“I love Maura. Everything about her but her left quad is extraordinarily long in this shot,” a fan wrote.

Maura’s hardcore fans rushed to her defence, with one person replying: “It’s just the angle. If her leg was edited then the lines on the wall would be wonky. Yes her arm is out of focus which isn’t a big deal.”

Others heaped praise on the star, calling her “unreal” and “absolutely gorgeous”. 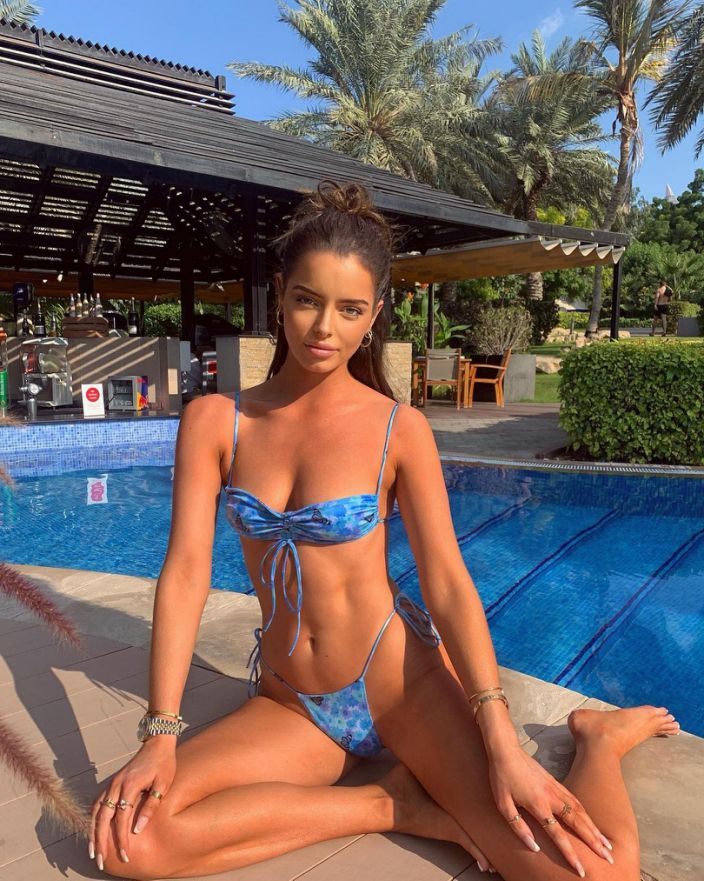 Maura has been living it up in Dubai with Chris since the end of November. The pair even chose to go public with their new relationship by posting a photo standing in front of a resort pool together kissing.

They were also joined on their romantic trip for a few days by fellow Love Island stars Molly-Mae Hague and Tommy Fury.

All four of them shot to fame after appearing on the fifth series of Love Island in the UK in 2019.