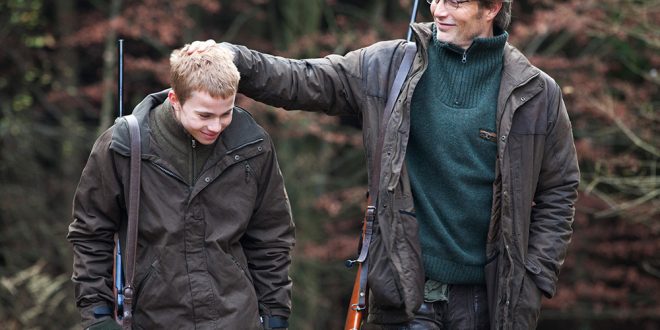 “The Hunt” — a controversial film about a group of gun-toting, elite liberals with plans to hunt and kill “deplorables” — is being threatened with more than just cancellation.

In the wake of three mass shootings this summer, at least one network — ESPN — pulled ads for the problematic flick, forcing Universal Pictures executives to rethink their marketing plan and potentially pull the film altogether, according to The Hollywood Reporter.

But the backlash was brewing even before the film generated high-profile shaming from media outlets.

The $18 million film — from Blumhouse Productions of “The Purge” and “Get Out” fame — baffled early test-screening audiences on both sides of the aisle, many of whom told producers they were disturbed by the brutally divisive content.

Allegedly, a number of execs at Universal had long been reticent about making the film originally titled “Red State vs. Blue State,” when producers Jeff Shell and Donna Langley bought the rights to the script, written by Nick Cuse and Damon Lindelof, in May 2018.

For whatever reason, the movie’s marketing team had seemingly been hiding its hot-button themes in previews, even though they chose advertising slots in decidedly political venues, including during Democratic debates and on Tucker Carlson’s Fox show.

Yes, ads for the movie were pulled in the wake of the violent tragedies in El Paso, Texas, and Dayton, Ohio, but its September 27 release was still on — until President Trump tweeted about it.

After the film’s incendiary plot was exposed, those involved in its making began receiving death threats via email and social media, and the film was officially put on hold as of Aug. 10.

Sources say the studios’ internal security has been on high alert, although local authorities have not gotten involved at this time.

Sources tell THR that Universal had no intention of giving in to the outrage prior to the film’s Sept. 27 release, but the recent shootings forced its hand. Blumhouse is reportedly down to cut its losses.