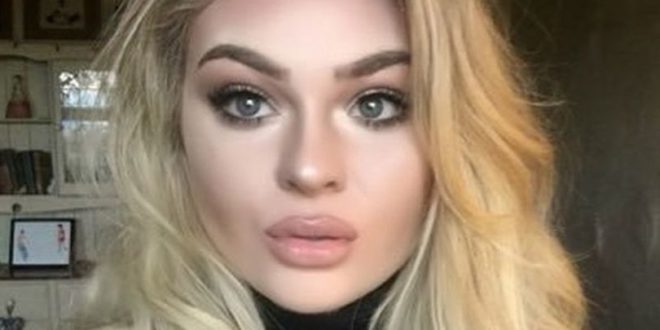 A woman has revealed how her boyfriend tricked her for this year’s Valentine’s Day , making her think he was planning a trip to Paris and Barcelona.

But Laura Marie Kerr’s boyfriend Jay was actually planning watching the two cities do battle on the football pitch.

The 21-year-old was happy when Jay started mentioning Paris and Barcelona to her in text messages.

Laura, of Ballymena, Northern Ireland, thought the love of her life was about sweep her away on a romantic break, Belfast Live reports.

Jay teased Laura through a series of seemingly sweet messages, talking about how she “loved Paris”, and “remember we looked up flights to Barcelona”. 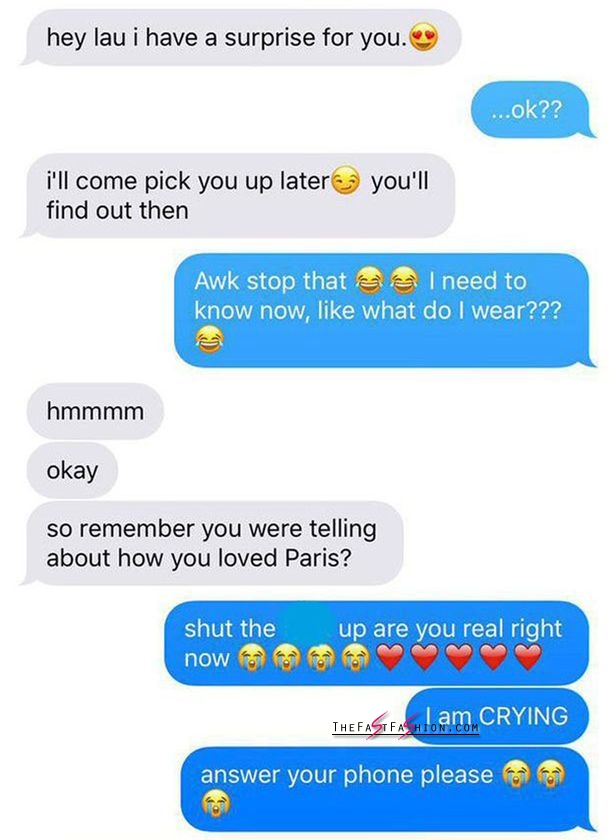 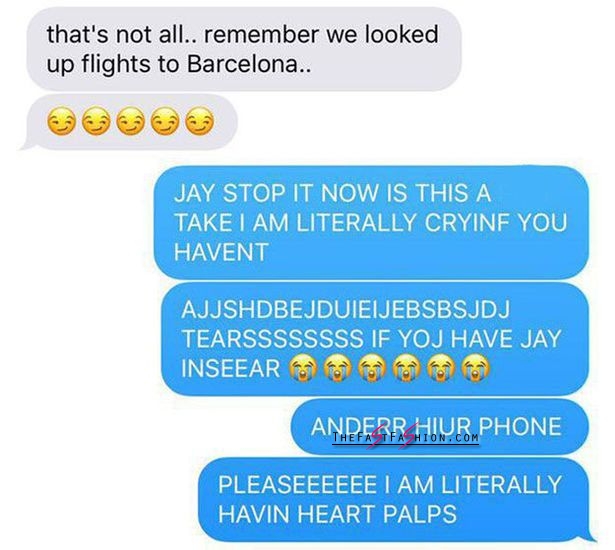 Laura’s response was one of excitement and sheer disbelief as she tried to come to terms with the potential continental getaway.

“I am CRYING” she responded before urging Jay to answer his phone.

And then it all came to a shuddering halt… 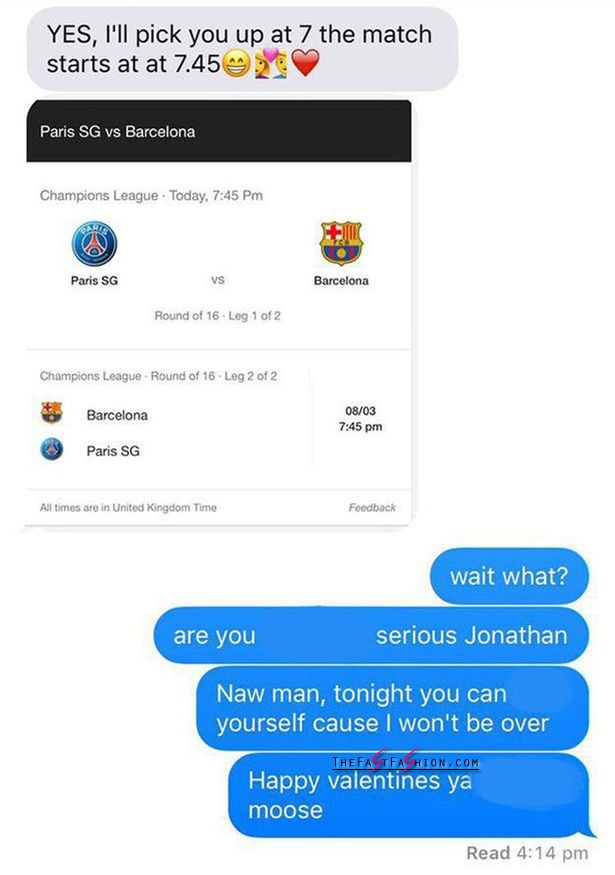 But Jay revealed he was actually just wanting to take Laura out to watch the Champions League game between Paris SG and Barcelona.

Laura took to Twitter to share screengrabs of the exchange with Jay, which has been retweeted more than 26,000 times.

It included the tagline “this boy is getting smacked into 2018 when I see him”.

The tweet attracted plenty of ‘favourites’ as well as its fair share of trolls, but Laura met the attention with plenty of humour.

tweet went viral and now my notifications won’t stop!!!!
HOW is there this many people even on twitter?? pic.twitter.com/NuzuyuzEMr

Her day did end well, however, in the arms of boyfriend Jay…

I love my boyfriend. I am grateful for everything he does. I am lying beside him, happy & in love. 😇 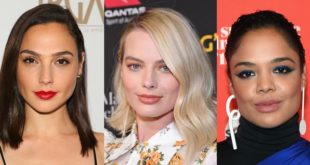 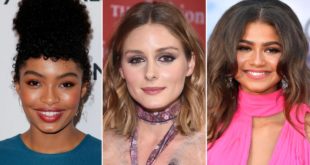 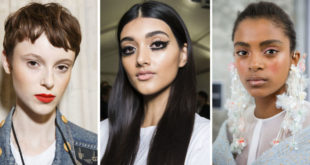 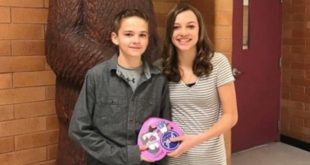 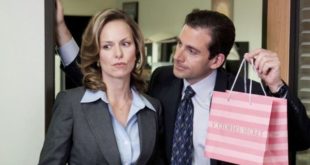 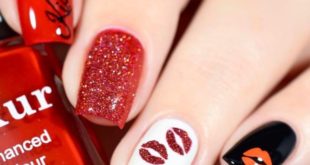 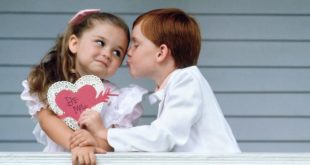 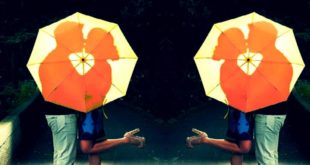 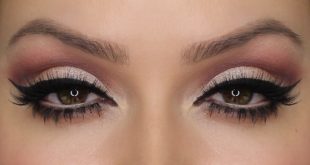