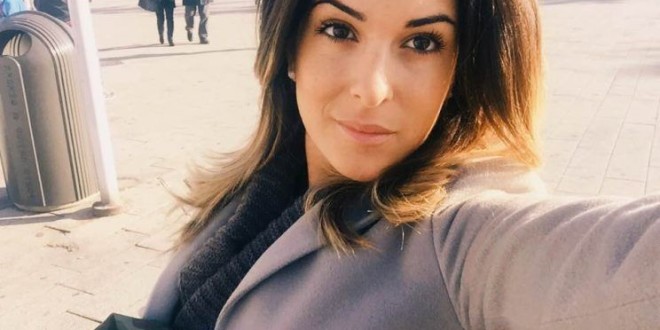 A former Miss Italy finalist is recovering from an attack allegedly from a crazed ex-boyfriend who threw acid into her face. Reportedly, Gessica Notaro suffered an attack from Jorge Edson Tavares, and a race to save her eyesight is underway.

Notaro, 28, and Tavares, 29, ended their two-year relationship last summer. In the wake of their split, Notaro has stated that Tavares, a bodyguard from Cape Verde, has been stalking and threatening his former love. According to a report from the Telegraph, Tavares allegedly waited outside Notaro’s home in Rimini, Italy, and flung a bottle of acid that hit her eyes and other parts of her face and body.

“She’s not in danger of losing her life, but the damage is extensive,” said Davide Melandri, the hospital’s director, to the Telegraph. “It will be a few days before we can assess how bad it is.”

In 2007 Notaro was crowned Miss Romagna, winning a contest in the region where she hails from. That same year she was a finalist in the country’s Miss Italy contest, leading to a series of promotional gigs as a spokesperson and media figure. She has since moved on to become a sea-lion and dolphin trainer on the coast of the Adriatic Sea in Italy.

These sorts of acid attacks are unfortunately common around the world in assaults against women, particularly in South Asia, and previous incidents have been reported in Europe. As the Telegraph states:

Barely a month goes by in Italy without women being shot, stabbed or disfigured by jealous former husbands and lovers. The attacks have followed a depressingly familiar pattern – the woman breaks up with the man, who becomes enraged by jealousy and bitterness.

The publication also noted that just three years ago, another beauty pageant contestant and model, Rosaria Aprea, needed surgery to remove her spleen after she was brutally attacked by an ex-boyfriend.

Tavares is being held on suspicion of carrying out the crime, although he has yet to be officially charged.

Previous Teen Raises $25,000 After She Says Parents Cut Her Off For Having Black Boyfriend
Next Female dance teacher accused of having sex with underage female student