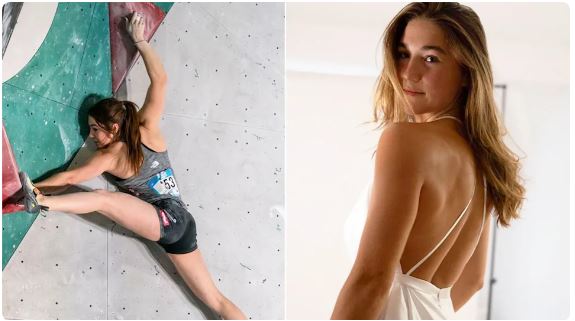 Organisers have issued an apology to an Austrian climber for the “inappropriate” and “disrespectful” TV coverage of her performance at the World Championships in Moscow.

Sport climbing star Johanna Farber was left fuming again after the host broadcaster showed a close-up replay shot focusing on her bottom during the event.

It’s the second time this year that Farber has been subjected to coverage that she slammed for sexualising the sport and leaving her feeling objectified and embarrassed.

The sport’s governing body, the International Federation of Sport Climbing has issued another apology in the wake of the latest incident.

“The IFSC condemns the objectification of the human body and will take further action in order for it to stop, and to protect the athletes.”

The IFSC President Marco Scolaris added: “How many times will things have to be done wrong, before we learn how to do them right?”

Sport climbing made its debut at this year’s Tokyo Olympic Games and there are fears that such incidents will only stymie its bid to gain popularity around the world, particularly for women.

“For this disrespectful incident to happen once again to the same athlete is very disappointing, at a time when more eyes are on the sport than ever before and more women and girls are being introduced to climbing,” former Great Britain climber Natalie Berry told Sky News.

“While the intentions of the camera operators and editors may not be to sexualise an athlete and instead to focus on a visually interesting chalky handprint, in the context of the sexualisation of women in sport throughout history, it’s quite simply inappropriate.”

Farber did not want to compete after the latest incident, which comes after she unloaded on broadcasters in June shortly after her involvement in the World Cup.

“Honestly wtf?” Farber wrote on Instagram at the time.

“Having this slow-motion clip shown on NATIONAL TV and YouTube live stream is so disrespectful and upsetting.

“I’m an athlete and here to show my best performance. To be honest I do really feel so embarrassed to know that thousands of people saw this.

“We need to stop sexualising women in sports and start to appreciate their performance.”