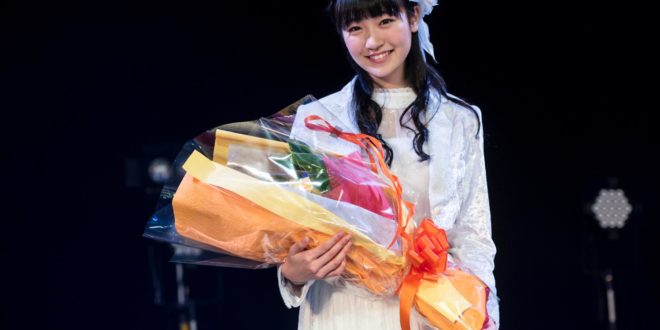 Having joined SUPER☆GiRLS at the age of 12 in 2010, Ami Maeshima (aka Amita) felt as if her entire youth had been spent as an idol and had discussed her graduation at length with members and staff before making her decision. Still in disbelief that she had become the leader, she recalled that at that time, 2 members graduated and 5 new ones were added to SUPER☆GiRLS, noting that such changes were not unusual for a group with such a wide range of ages. Ami felt as if she needed to catch up with a lot of things she missed out on by being an idol, vowing to watch movies and read books to learn about romance in her free time in between her stage plays and voice acting jobs. Reiterating how SUPER☆GiRLS encompassed her youth, Ami called it a truly special group to her. 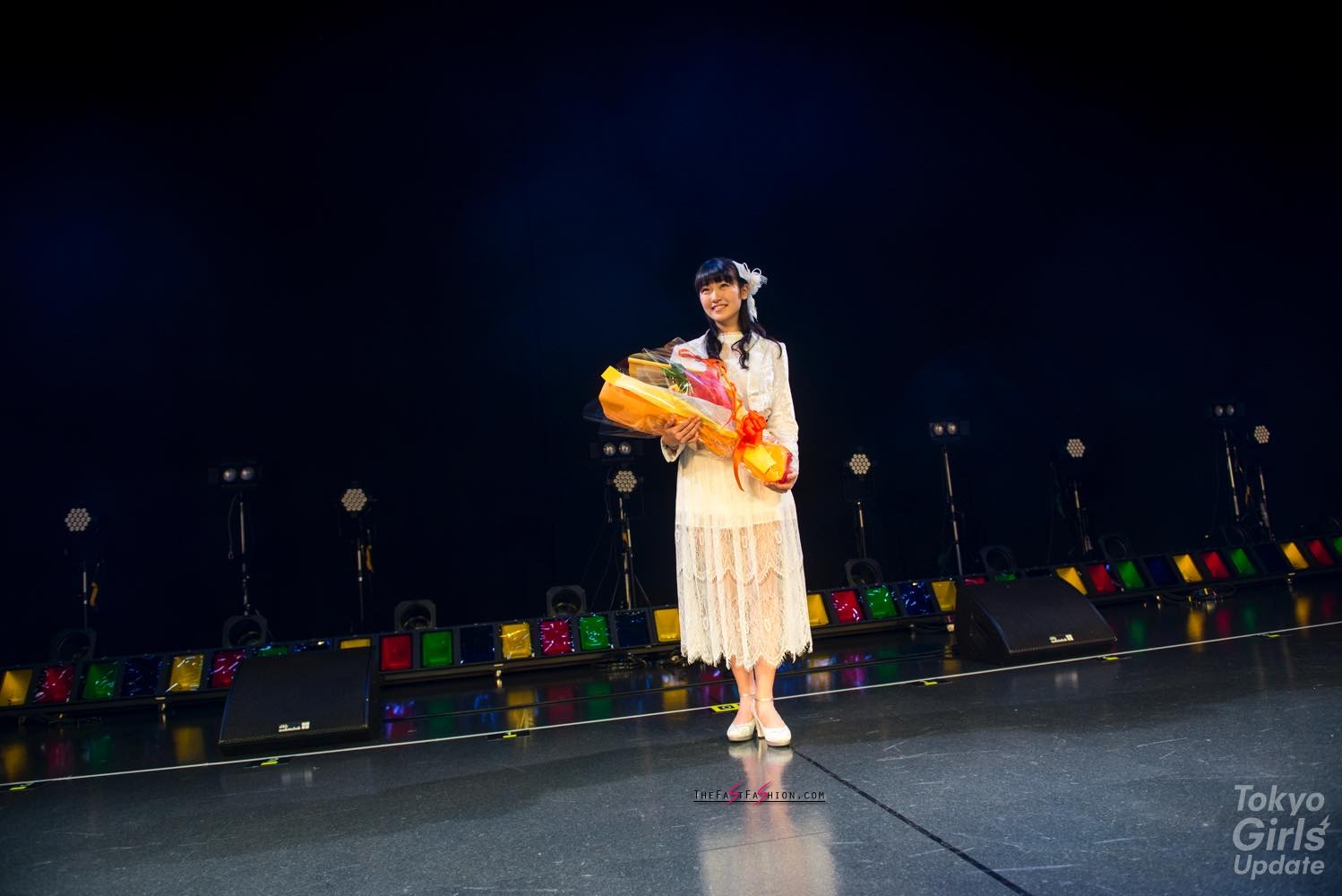 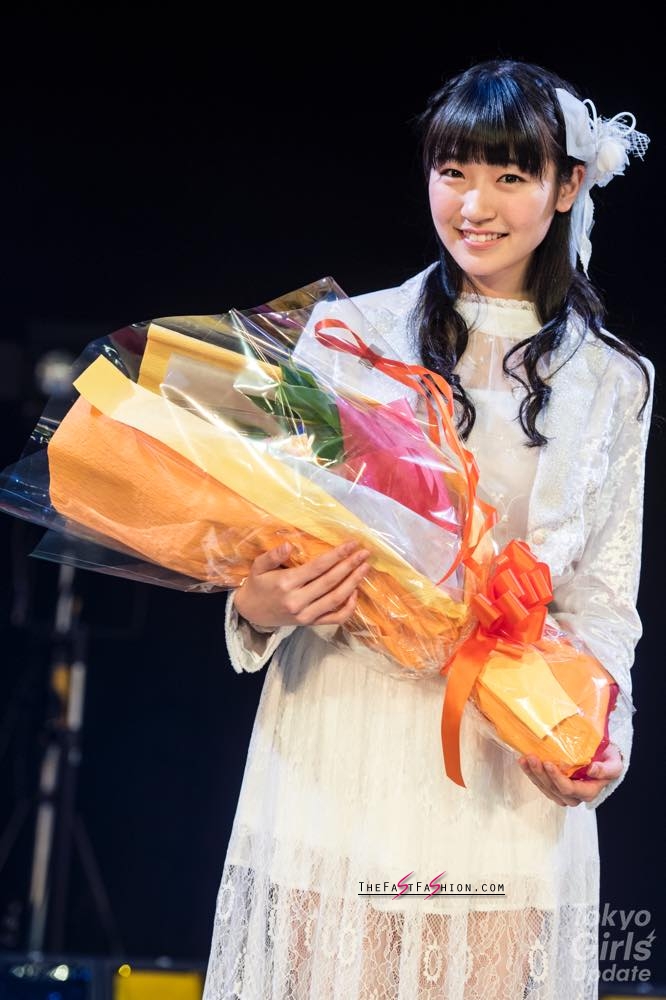 A video of Ami’s history in SUPER☆GiRLS looped as the fans made their way into the hall, the stage framed by rose pink curtains. Ami walked out to greet the audience, thanking them for coming to see her despite it being a weekday and the rainy weather outside. She expressed that her 7 years in the group were precious, thanking the fans for saving her with their love, hoping that she would be able to pour all those years of gratitude into her performance. 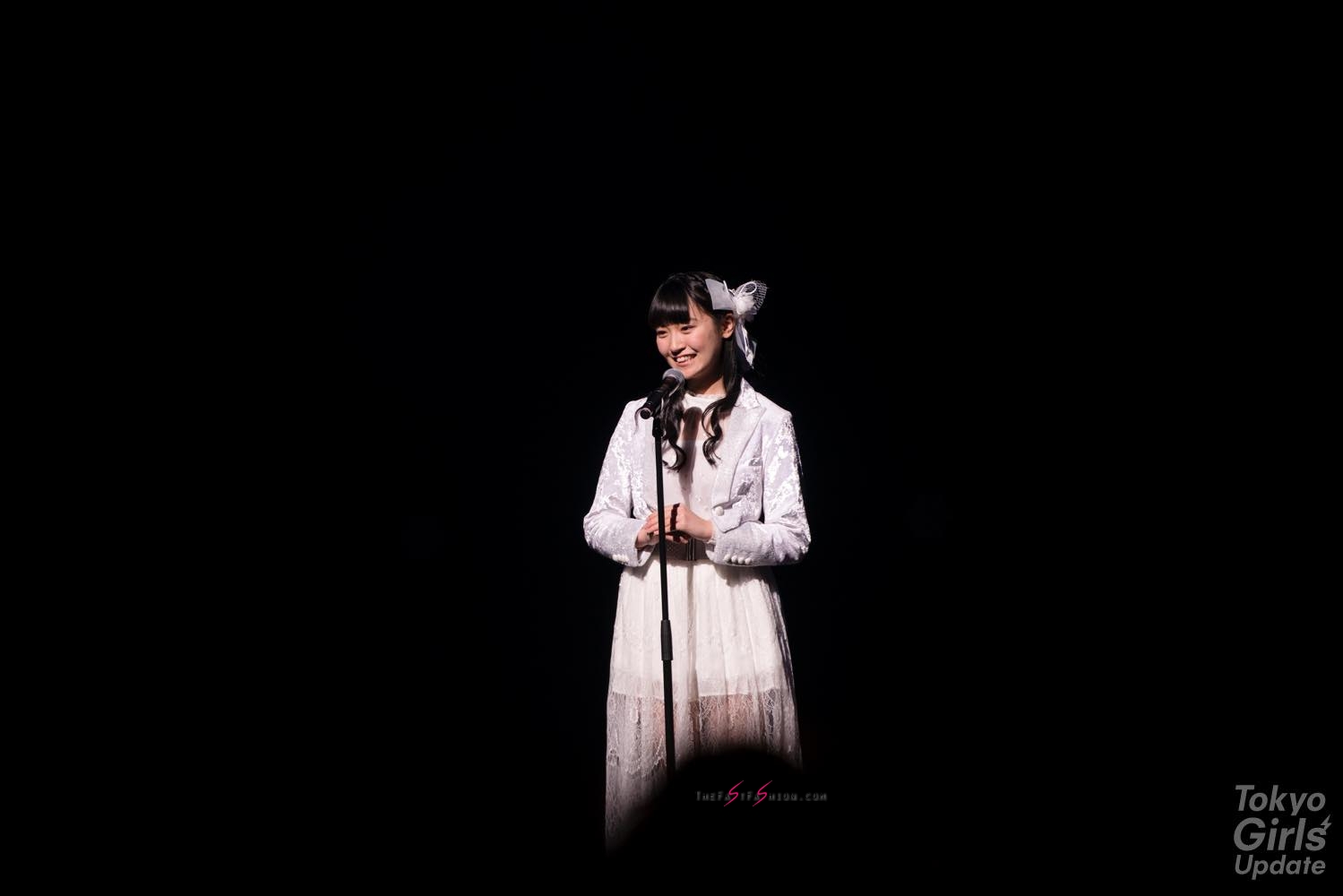 SUPER☆GiRLS marched out onto the stage, their final performance a 14-member group, the fans raising their voices and waving their pink penlights. As she had done many times before, Ami began the performance by delivering her opening pledge to “Hanamichi!! Ambitious”. The crowd sprung to life as they called out and bounced along to the punchy rhythms and festive rock sounds. Hikaru Watanabe opened fire with her finger guns and Sakurako Kidoguchi shouted out “Amita-san daisuki!”.

SUPER☆GiRLS turned up the heat to broil, fists swinging and feet kicking as they blazed through the intense foot-stomping rock of “Akai Jounetsu”. With the storm clearing, a rainbow of lights flashed as the horns of “Joshiryoku←Paradise” rang out, the members rocking and skipping lightly. With a cheerful shout and an “Are you ready?” from Ami, SUPER☆GiRLS sailed in with the breezy “Love Summer!!!”, enchanting the fans with their flirtatious choreography.

Ami thanked the fans for coming out to see her and the rest of SUPER☆GiRLS, hoping that they would be able to have a good time until the end of the evening. Rina Miyazaki wished that because the next day was April 1st, Ami’s graduation was actually an elaborate joke. A video with congratulatory messages from SUPER☆GiRLS, GEM, Cheeky Parade, Wasuta, Daimaou Kousaka (aka Piko-taro), Takehiro Kimoto (TKO), and Kazuya Kojima (Unjash) played on the screen as a surprise.

Ami marveled at all the different people she had been connected with and affected due to her time as an idol, vowing to keep working hard to repay all the kindnesses she received Rina pointed to the balcony where all the members of the iDOL Street groups had been watching the concert. Ruka Mizote mentioned the “bonds” (kizuna) that had been made for a slightly awkward segue to the next song “Kizuna Days”. The audience was dead silent as SUPER☆GiRLS paced the stage, moving in and out of formation and singing gently, breaking into cheers and applause at the end. Switching pace with the summery “MAX! Otome Gokoro”, the members turned up the volume for the big finish.

Rika Shimura admitted that even though the original plans were to end the concert right there, the members wanted to send off Ami with one last song “Sorairo no Kiseki”. This was a mixed blessing as the members began to break down in tears while singing, Rina’s voice shaking as she embraced Ami. Handwritten letters from the members flashed by on the screen, Ami carefully reading each one and giving her thanks each time. Rika wrapped her arms around Ami, struggling to keep singing. Wiping tears from her eyes, Rina called out to the fans to sing along with them as the lyrics appeared on the screen. Ending in a group hug, Rina wailed that she didn’t want to let go, feeling as if the gesture failed to reach Ami. Flashing a smile, Ami reassured her that they had not failed.

The members took turns sharing their memories with Ami and congratulating her on her graduation. Shiori Nagao shared that even though she had gone through a lot of trying times during the summer when she joined the group, she felt like she had been able to grow a lot thanks to Ami, wishing for the both of them to keep doing their best moving forward. Yumeri Abe called the 9 months that she had been able to be in SUPER☆GiRLS with Ami “the treasure of her life”, adding that she would be cheering for her dreams to come true. Runa Ozaki thanked Ami for all of her advice, citing it as essential to all the growth that she and the other 3rd generation members had experienced. Hotaru Ishibashi shared that because she learned about SUPER☆GiRLS through Ami, she was happy to have stood on the same stage as her. Sakurako Kidoguchi also expressed her happiness at sharing a stage with Ami. Risa Uchimura thanked Ami for teaching her many things not just about being an idol but also life, calling their time together a treasure. 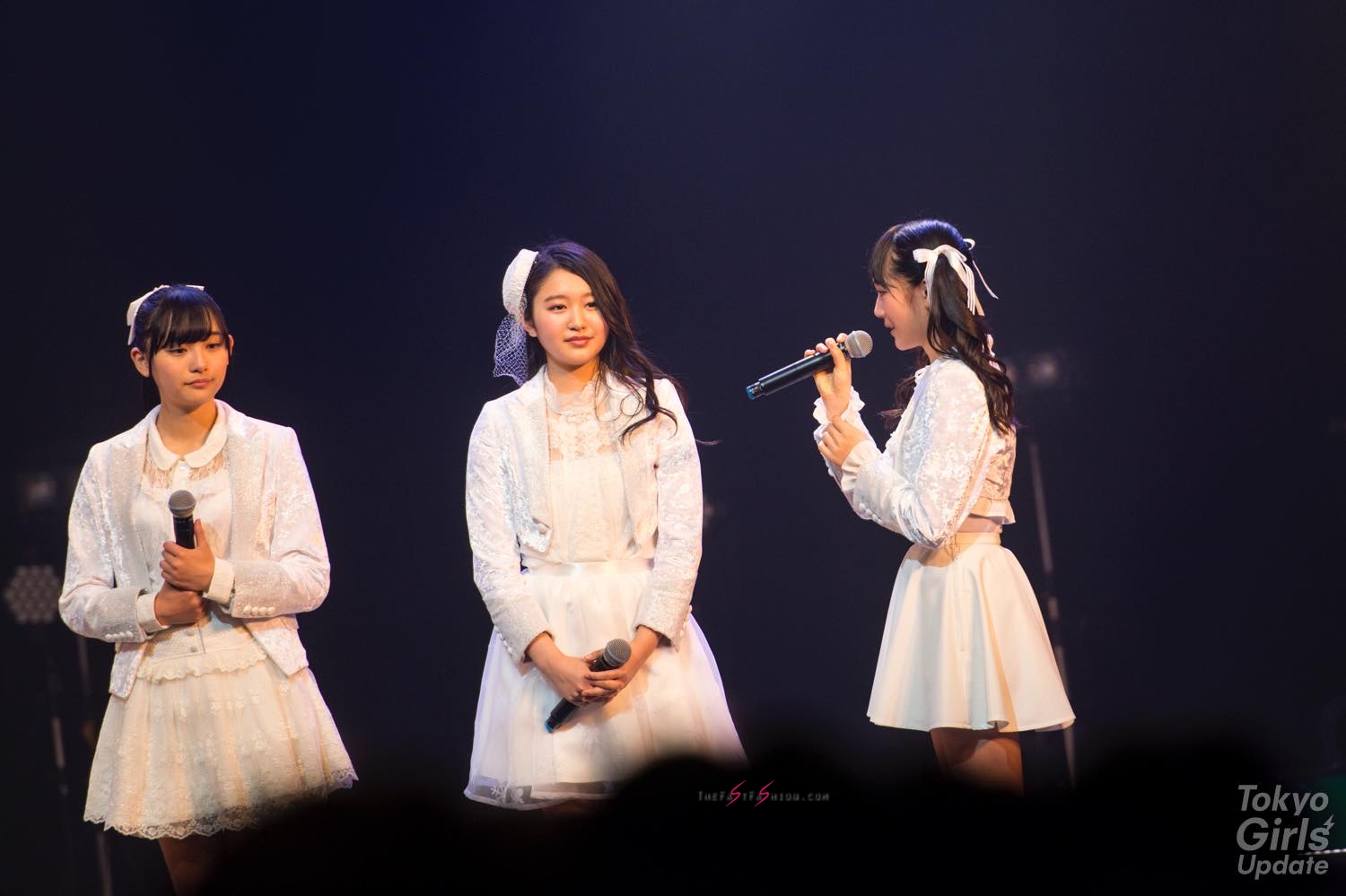 Nana Asakawa said she felt motivated by Ami at the time of SUPER☆GiRLS’s formation, impressed to see an elementary school student shining so brightly as an idol, thanking her for always being there to check on her. Koume Watanabe thanked Ami for their 3 years together and hoped to become someone who could simply call her “Ami” (Calling someone by just their given name is extremely rare in Japan, usually reserved for family, close friends, or lovers.) as someone as equally vital to iDOL Street. Ruka Mizote’s voice cracked as she expressed that her and Ami were like family members after being together for 7 years, never believing that she would leave. Mirei Tanaka remembered how she and Ami met during the auditions, becoming fast friends, often going on dates in Harajuku and taking purikura together, and expressing her disappointments that she had been away from the group for so long. 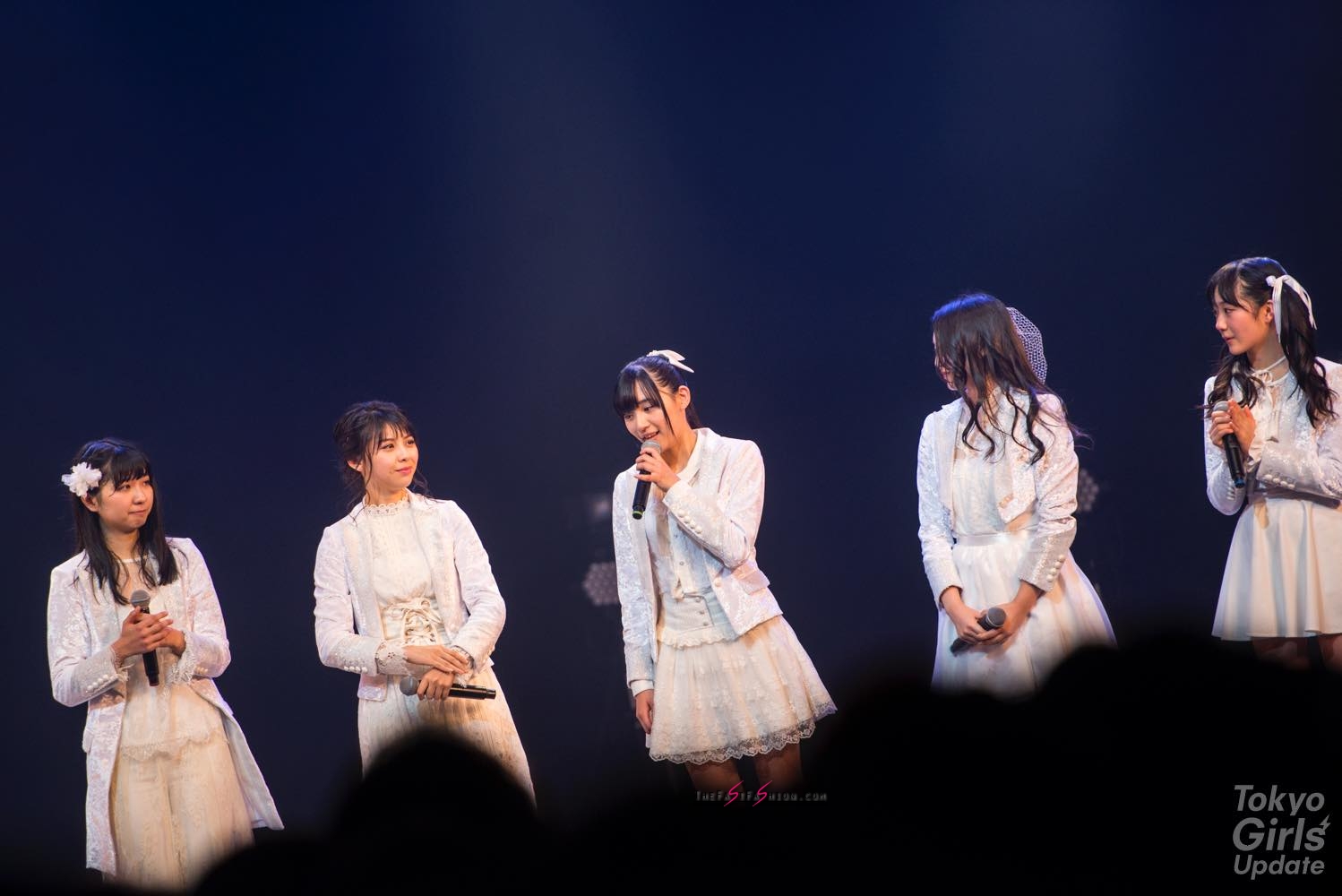 Rina Miyazaki expressed her disbelief that Ami would graduate before her, saying that “SUPER☆GiRLS = Ami Maeshima” but also wished her happiness and good luck in following her dreams. Hikaru Watanabe thanked Ami for all her support in difficult times and words of encouragement. Rika Shimura apologized for not being able to support Ami more, leaving her to shoulder the responsibilities of being the ace and leader at the same time but also reminding her that even after graduating she would not be alone because the members would all be cheering her on. Ami thanked the fans for giving her their love and leading SUPER☆GiRLS in their final bow of the evening.

Despite the house lights coming on and the closing announcements being played, the encore calls and applause of the fans brought Ami and the rest of the older members of SUPER☆GiRLS back one last time. Ami thanked the fans for calling them back but due to time constraints (There was a handshake event planned for after the concert and child labor laws in Japan prevent middle schoolers to work past 10pm.), the most that could be done was for them to take one last bow. 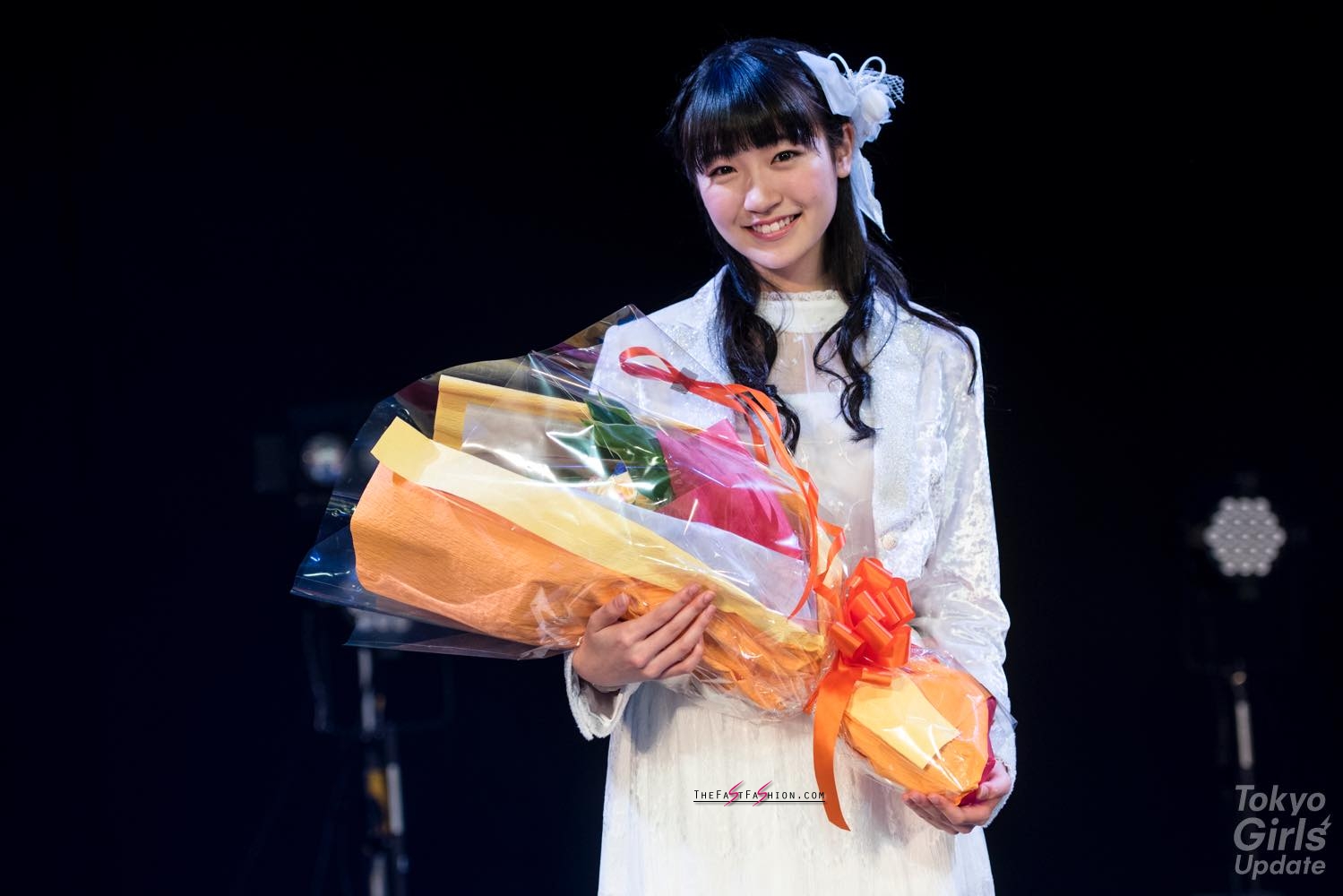 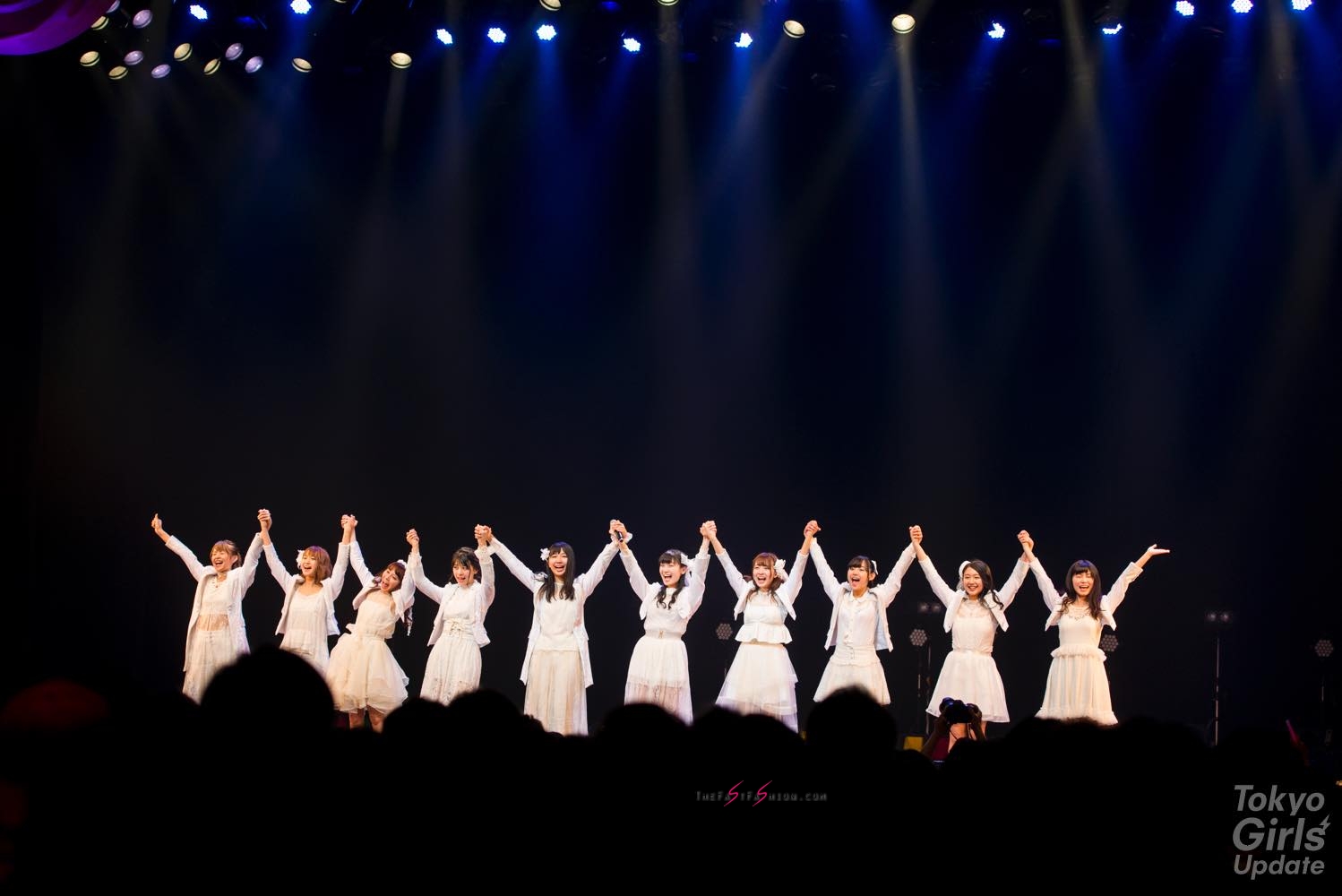