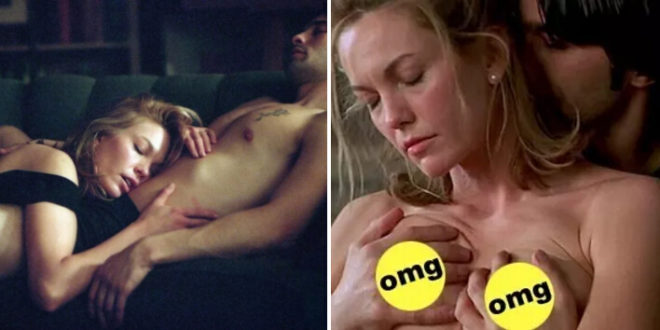 which movie sex scenes always turn them on. Here are the steamy results.

It’s the first sex scene I ever saw, and it definitely made an impression.

To see someone experiencing sex for the first time makes you less jaded about all the other rampant sexual images and messages you see every day.

The chemistry and sexual tension between Cate Blanchett’s and Rooney Mara’s characters is so palpable that seeing them finally have sex is amazing.

That scene where Scarlett Johansson makes Joseph Gordon-Levitt basically dry-hump her until, you know… Something about his powerlessness in that moment is so hot!

It’s steamy and forbidden, and I wished myself to be Jennifer in that moment!

Call me basic, but Ryan Gosling in The Notebook gets me every time.

The chemistry between Halle Berry and Michael Ealy is enthralling.

For me, it’s always the nude scene with Jason Momoa. Say what you want about the rest of the movie, but that scene was A+. Mmm, he’s just delicious.

Jennifer Tilly is already extremely sexy, but seeing her and Gina Gershon do the deed just takes it to the max. It’s sensual, raw, and hot. Once you see it you’ll never get it out of your head, nor will you want to.

Riz Ahmed and Freida Pinto have insane chemistry in this movie, and pretty much every sex scene was insanely hot. It’s basically like if 50 Shades of Grey was a good movie.

Viggo Mortensen and Maria Bello have angry sex on their stairway. Gets me.

Pretty much every sex scene in the movie is great, but that very first one when she’s “fighting” him and slaps that ridiculously sexy Frenchman… And the café bathroom scene, my god. Diane Lane was so believable and just breathtaking. Never has a movie been both so difficult and enticing to watch.

When the car gets all steamy and you see the hand reach up and leave the handprint… It is just such a good scene.

Jude Law and Rachel Weisz play Russian soldiers during WWII and have to find a romantic moment whenever they can, which happens to be when they’re surrounded by 30 sleeping comrades. They try to be quiet so they won’t get caught, but it’s the only time they really have together, so it’s a really hot and romantic moment.

The first time Oscar Isaac and Elizabeth Olsen’s characters have sex… Oscar Isaac’s voice is enough to get you excited!

The scene is, like, five minutes long and always gets me going. That’s when I realized I like girls. A lot. 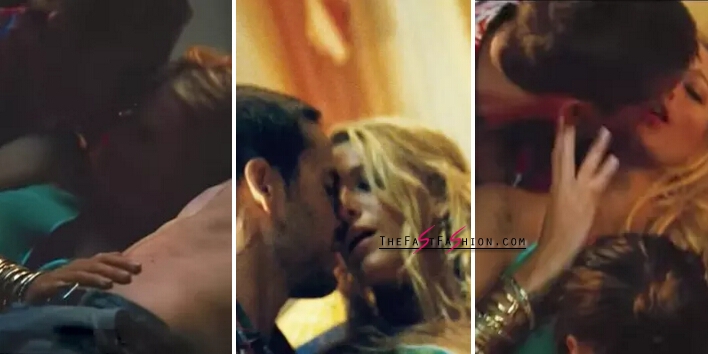 Demi Moore and Patrick Swayze with the clay get me every time. Love this movie, and this scene is HOT!

I love the scene between Jessica Chastain and Tom Hardy because she’s the aggressor, the one who makes the first move, and is very confident and dominant with her sexuality. Plus, they are both gorgeous, so who wouldn’t get turned on by them?

There’s a scene where Reese Witherspoon and Mark Wahlberg are on a big, wooden roller coaster. After they get in he puts his hand on her knee, then she grabs it and slides it up her skirt. A cover of “Wild Horses” plays while you see his hand moving and the expressions on her face as they go through the ride. It’s such a simple but sexy scene. Too bad he turns out to be a totally abusive psycho.

Keira Knightley and James McAvoy have intense sexual tension up until that point, and then they just let loose on each other against the bookshelf when it’s dead silent, while wearing a green evening gown and tux.