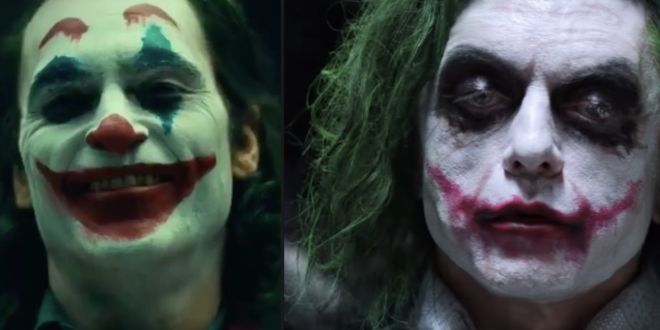 2 Jokers battle it out on social media

Joaquin Phoenix vs. Tommy Wiseau: Terrifying Jokers battle it out on social media

Mirror, mirror, on the wall, who’s the scariest Joker of them all? Days after director Todd Phillips unveiled the first official footage of Joaquin Phoenix as Batman’s grinning nemesisin the standalone film Joker, new images have emerged from the set featuring the actor in freaky full costume.

RELATED:  Joaquin Phoenix on His Joker Transformation: ‘You Start to Go Mad’

That latest reveal was quickly followed by a competing bid for Joker glory: Tommy Wiseau, the creator and star of the so-awful-it’s-brilliant 2003 drama The Room, staged the interrogation scene from The Dark Knight opposite his best friend and Room co-star Greg Sestero as Batman. Each has a unique take on the character, but to quote Heath Ledger’s version: You have to make a choice. So which Joker takes the social media crown?

Wiseau’s Dark Knight scene — shot by Nerdist in anticipation of his new film Best F(r)iends — is a follow-up to a spoof audition tape he shot last year. This latest video blows the earlier clip out of the water, though. In confrontation with Batman (played by a Christian Bale-imitating Sestero), Wiseau’s Clowned Prince of Crime is suitably deranged, with lots of dramatic yelling and big hand gestures. Somehow the character benefits from Wiseau’s famously unplaceable accent, not to mention the laugh that James Francoimitated to great effect in The Disaster Artist. If Wiseau’s range is limited, his delivery of the line “You’re just a freak like me” is pretty much perfect. And points for not imitating the incomparable Heath Ledger — like, at all.

Here’s the original if you want to compare.

RELATED:  Joaquin Phoenix on His Joker Transformation: ‘You Start to Go Mad’

The reaction on social media has been generally positive, although mainly from existing Wiseau fans. Considering how long it takes to even explain Tommy Wiseau, we doubt that this video made him many new ones.

This is unironically good for some reason https://t.co/CIYSsavPxG

Phoenix’s screen test (below) is not nearly as amusing, but it’s arguably way creepier.

With a million and a half views on Instagram, the reel of the makeup-free actor turning into the sinister, smiling Joker is getting some strong reactions. As we previously noted, Phoenix’s look is a little too Ronald McDonald for some Batman fans, while others are still stubbornly (if understandably) clinging to Ledger’s version. But plenty of other fans are intrigued by the actor’s demented grin and John Wayne Gacy-esque look. Judging from the tweets, Phoenix has already won over some skeptics.

We’re going to have to declare Joaquin the winner here. Wiseau gave it his all, but Phoenix is playing the long game — and the internet is going to be arguing about him for the foreseeable future. Get all your “Why so serious?” tweets ready. 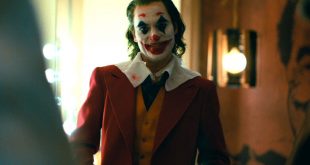 Joaquin Phoenix on His Joker Transformation: ‘You Start to Go Mad’ 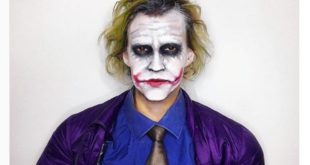