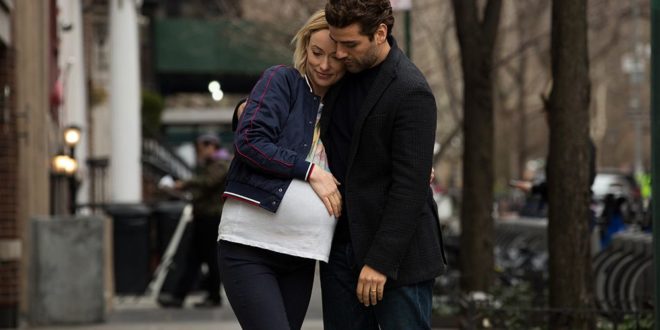 The year brought plenty of clunkers, too, from R-rated puppet comedies (The Happytime Murders) to biopics (Gotti) to sequels (Fantastic Beasts: The Crimes of Grindelwald) to remakes (Death Wish) to reboots (The Predator) to whatever in the world that Robin Hoodmovie was.

Hold your nose as we briefly revisit these 10 stinkers.

The sequel to Jurassic World promised to bring the film’s genetically modified dinosaurs off the island and onto the mainland. The possibilities seemed endless: Would the dinos rampage across the United States? Would the military transform them into living weapons? At the very least, audiences expected an upgrade from Jurassic Park: The Lost World (1997), which unleashed the prehistoric beasts on San Diego. Alas, Fallen Kingdom decided to confine the dinosaurs to a single house. And while “velociraptors in a mansion” isn’t the worst idea, the film’s lackluster story and absence of character development made audiences even more nostalgic for the days of Laura Dern and Sam Neill. — Gwynne Watkins

Dwayne Johnson gets himself and his family embroiled with some evildoers doing evil in a burning 240-floor, uh, building. What do you call a really tall building that touches the sky? Never mind. Even Steven Seagal was able to pull off a good Die Hard rip-off, but this free-falling head scratcher couldn’t hold Under Siege’s water bottle. Could it be possible that you can have too much of a good thing? The Rock has had a few clunkers recently, with Baywatch, Rampage and Skyscraper. The latter does have at least two things going for it: Neve Campbell is great, and the production employed over 3,000 people. So there’s that. — John Santo

Director Eli Roth insisted he wasn’t making a “pro-gun” movie, but the timing couldn’t have been worse for Bruce Willis’s spin on the 1970s Charles Bronson bullet-fest: Its marketing blitz arrived around the same time a gunman opened fire at a high school in Parkland, Fla., and killed 17 students. Death Wish is hardly the first — and is surely not the last — film to glorify gun violence, but that was just one of the many problems this ill-fated remake faced, like the boneheaded decision to base it in Chicago as real-life shootings continue to plague the city. As a movie, it’s shallow, too self-serious, and, worst of all, boring.  — Kevin Polowy

7. Fantastic Beasts: The Crimes of Grindelwald

Even without the real-world controversy that engulfed Shane Black’s misbegotten franchise reboot, it’s hard to imagine anyone coming out of The Predator eager to see a sequel. Black’s way with (profane) words and a gifted cast couldn’t enliven a prolonged Predator-and-mouse game marred by drab visuals and so-so action. Like the song goes, maybe it’s time to let the old aliens die. — E.A.

When a space station runs a particle-accelerator test, the crew is sent into an alternate dimension and handed the recipe for a disastrous movie. Sure, this was never originally supposed to be a Cloverfield movie in the first place, but with some reshoots, a Super Bowl commercial that dropped the movie on us like Beyoncé dropping an album of Hoobastank covers, and a Netflix premiere, J.J. Abrams and company dropped this turd of a movie on its unsuspecting audience. Crass, lads, very crass. — J.S.

Robin Hood has all the personality of a magazine’s cologne insert. The year’s most expensive commercial for cool leather jackets, Robin (sorry, he’s called Rob, as played by the otherwise likable Taron Egerton) used bows and arrows like they were AK-47s. Marian (played by Eve Hewson) wore clothing straight out of a Forever 21 catalog. The medieval characters attended a … casino night in a castle? All of this is to say that the movie didn’t belong to any era, but unfortunately was put in theaters during ours. — Will Lerner

As huge Henson fans, we were admittedly excited to finally see Jim Henson’s idea for a “Muppet murder mystery” come to life. But under the direction of son Brian Henson (who oversaw the underappreciated TV series Farscape) The Happytime Murders turned what could have been a fun, biting satire into a hodgepodge of badly written, over-the-top sexual humor and a mystery so boring we forgot what it was by the time the credits rolled. But don’t feel too bad for Happytime’s star Melissa McCarthy. Her performance in Can You Ever Forgive? was one of the year’s best. — Adam Garcia

With a 0 percent Rotten Tomatoes score, this justly ridiculed biopic of New York City’s own Dapper Don definitely isn’t the next Godfather or Goodfellas. Heck, it isn’t even the next Mobsters. To his credit, John Travolta did his homework on John Gotti, but the film lacks a basic understanding of the cinematic language to say nothing of good storytelling. In that way, it’s the anti-Roma. — E.A.

Call it this year’s The Book of Henry. Critics seemed to be salivating as they sharpened their knives to cut up this ill-conceived, overwrought, predictable and, worst of all, painfully manipulative drama about intersecting family story lines between New York City and rural Spain. This Is Us creator Dan Fogelman’s cinematic endeavor deserved all the grief it got from reviewers — the movie seems to function by only making us care about its characters by killing off people they love — and the director’s public rebuttal of themcertainly didn’t do him any favors. Speaking of critics, bonus hate points for ripping off the title of the excellent 2014 Roger Ebert documentary. — K.P.