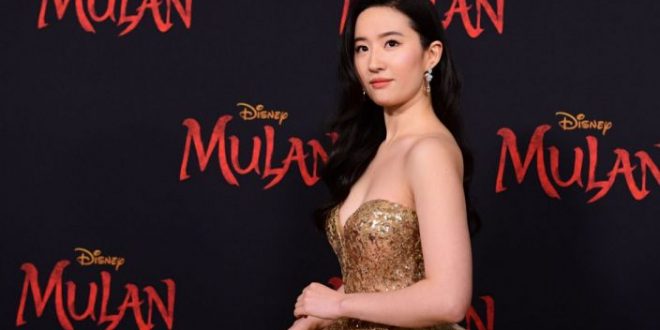 Disney is facing fresh calls to boycott its live-action remake of Mulan after it emerged that some scenes were filmed in the western Chinese region of Xinjiang, the site of widely documented human rights abuses against the Uighur and other Muslim minorities.

The revelation is the second controversy to hit the film, due to be released in Chinese cinemas on September 11, which tells the story of Hua Mulan, a filial young woman who disguises herself as a man to take her father’s place in the imperial army and defend the emperor.

Social media users in Hong Kong, Taiwan and Thailand had already targeted the movie with a #BoycottMulan hashtag after Liu Yifei, the main star, reportedly posted a message on Chinese platform Weibo in support of the Hong Kong police during the months-long pro-democracy protests.

This week a new wave of outrage erupted after the first viewers of the film on Disney’s streaming platform spotted that the end credits thanked multiple government entities in the Xinjiang region.

They included several propaganda departments that have denied human rights abuses and the Turpan Municipal Bureau of Public Security, which was sanctioned by the US Commerce Department last year for its role in operating what China describes as “reeducation” camps.

The decision to film and cooperate with Chinese state bodies in such a contentious region has been described as a scandal by academics and human rights activists. Disney has so far not offered a response, but has been approached for comment.

“It’s sufficiently astonishing that it bears repeating: Disney has thanked four propaganda departments and a public security bureau in Xinjiang, a region in northwest China that is the site of one of the world’s worst human rights abuses happening today,” wrote Isaac Stone Fish, an Asia Society senior fellow in the Washington Post.

Joshua Wong, one of Hong Kong’s most prolific pro-democracy activists has accused Disney of “kowtowing” to Beijing.

“It just keeps getting worse! Now, when you watch #Mulan, not only are you turning a blind eye to police brutality and racial injustice (due to what the lead actors stand for), you’re also potentially complicit in the mass incarceration of Muslim Uyghurs,” he tweeted.

China has been criticised globally for its treatment of Muslim minorities in Xinjiang, where it is estimated that more than a million Uighurs have been detained in internment camps which human rights groups say they are subjected to torture and abuse.

Earlier this year, accusations of a state-sponsored forced sterilisation campaign to lower birthrates among Uighur women was described by experts as “demographic genocide” and prompted calls for an independent United Nations investigation.

China has repeatedly denied any abuses are taking place. Responding to the controversy about the film, a foreign ministry spokesman restated Beijing’s denial of the existence of re-education camps, calling the facilities vocational and educational institutions and accusing anti-China forces of smearing its Xinjiang policy.

However, China’s denials have not curbed growing international scrutiny of the government’s actions in Xinjiang.

On Tuesday, more than 130 UK politicians wrote to Liu Xiaoming, the Chinese Ambassador to London, to condemn China’s treatment of the Uighurs and accuse Beijing of “ethnic cleansing”.

“The Chinese Government’s actions must be stated for what they are: a systematic and calculated program of ethnic cleansing against the Uighur people,” the cross-party members of the House of Commons and House of Lords wrote in signed joint letter.

Mr Liu has in the past pushed back against accusations of ethnic cleansing, telling the BBC in an interview in July that China treats every ethnic group as “equal”.

The letter was coordinated by Labour MP Siobhain McDonagh, and signatories include the Tory Chairman of the Foreign Affairs Committee, Tom Tugendhat and Liberal Democrat Party Leader Ed Davey.

“When the world is presented with such overwhelming evidence of gross human rights abuses, nobody can turn a blind eye. Because this time no one can say they didn’t know,” said Ms McDonagh.

Previous 20 Bewitching Hocus Pocus Manicures You’ll Definitely Want to Copy This Halloween
Next Diana Rigg, star of ‘The Avengers’ and ‘Game of Thrones,’ dead at 82 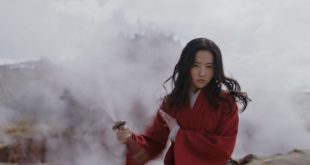 Disney says ‘Mulan’ plan a ‘one-off’ after posting $5B loss