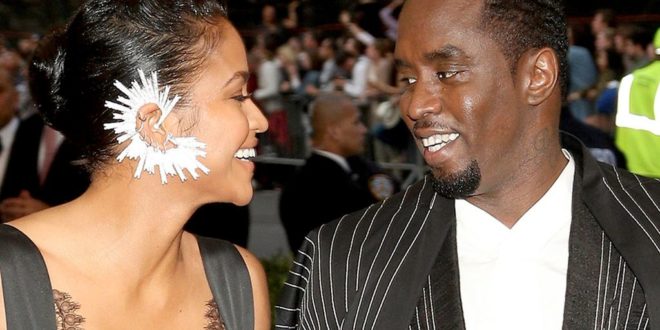 Diddy‘s ex-personal chef has slapped the hip hop mogul with a lawsuit alleging she was forced to work during his various “sex parties”, among other claims.

Cindy Rueda is suing Diddy for unspecified damages for allegations that include sexual harassment and failure to pay overtime wages, the AFP reports. Diddy has denied the claims.

In a lawsuit filed Monday in Los Angeles, the former chef claimed she world often work from 9 a.m. until 2 a.m. at Diddy’s Los Angeles home. She alleged the rapper (née: Sean Combs) would ask her “to prepare and serve entrees and appetizers to him and his guests while Mr. Combs and his guests were engaged in or immediately following sexual activity.”

She alleged that on at least one occasion, she “was summoned by Mr. Combs to serve him a post-coital meal” in which he made suggestive remarks.

She said a naked male visitor entered the kitchen as she cooked and asked her “to look at and admire his genitals after he had engaged in sexual activity with another house guest.”

The former employee also claimed she was only payed $150 a day, even if she worked late or traveled with the rapper.

A representative for Diddy issued the following statement shooting down the chef’s claims: “This is a frivolous lawsuit by a disgruntled ex-employee who was fired for cause.”

The lawsuit comes just days after Diddy, who formerly went by the monikers P. Diddy and Puff Daddy, caused an unexpected stir at the 2017 Met Gala. Dressed to the nines, he choose to lay down on the carpeted steps as his girlfriend Cassie was photographed, spurring a fresh crop of memes on social media.