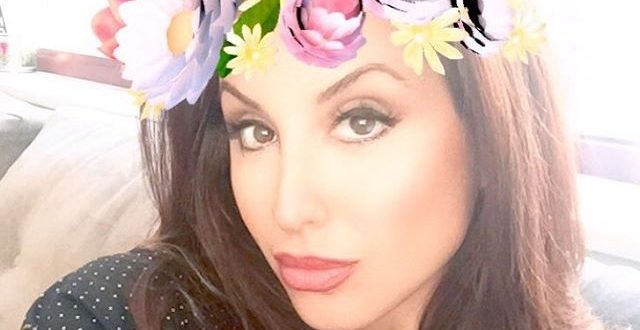 Diana Falzone, a popular Foxnews.com host, recently wrote an op-ed about her endometriosis, which is related to demoted fertility, and then found herself barred from appearing on air. In a new lawsuit, she alleged that the network executives thought the divulging of such information “detracted from her sex appeal and made her less desirable.”

Falzone first began appearing on Fox News, Fox Business and Foxnews.com in 2008 and became an on-air personality four years ago, according to her Manhattan Supreme Court lawsuit, which was filed Monday.

Falzone, 34, also launched and hosted several “successful and popular” Foxnews.com shows such as In the Zone and Four4Four Entertainment. She also appeared as a guest on Fox and Friends Weekend and Hannity.

In 2016, Falzone became sick with endometriosis, “a chronic condition that occurs when endometrial tissue grows outside of the uterus on other organs or structures in the body.” She underwent emergency surgery that March and also learned from doctors that “she would likely be infertile,” according to court papers.

Falzone wrote an op-ed about her ordeal that was posted on Foxnews.com on January 24, 2017.

While the article “went viral” and prompted praise, Falzone’s boss told her shortly thereafter “she was permanently banned from ever appearing on air on any Foxnews.com, Fox News Channel, Fox Business or any other Fox (platform) … and would never again be permitted to host her own shows or conduct her own interviews,” the suit charges.

Falzone’s boss said the mandate came from the “Second Floor,” which is where the network executives work.

She agues that male hosts at Fox have frequently discussed health problems in op-eds including Neil Cavuto’s 2016 discussion of his heart surgery and multiple sclerosis.

“The male-dominated senior management of Fox News obviously objected to the fact that a female on-air host had disclosed that she suffers from a women’s reproductive health condition, which, in their eyes, detracted from her sex appeal and made her less desirable,” she charges.

Previous Katherine Timpf: 22 Must-See Pictures Of ‘Kat’ On The Web
Next Unarmed 15-Year-Old Killed By Police In Texas