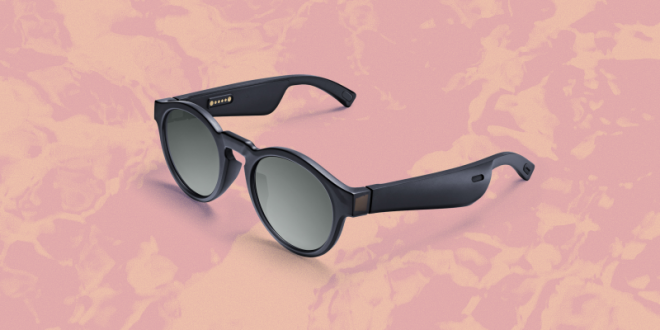 Designed for sun and sound, Bose Frames are the perfect Father’s Day gift this summer

Earlier this spring, Bose introduced the world to a new kind of wearable technology: Audio sunglasses.

Bose Frames combine premium protective sunglasses with the performance of wireless headphones for an audio augmented reality unlike anything before. And they’re the perfect Father’s Day gift for the dad in your life.

Available in two styles, the larger, Wayfarer-inspired “Alto” and smaller, more rounded “Rondo,” both feature the thinnest, smallest and most lightweight Bose system ever. The technology harnesses the power of micro-acoustics, voice control and personal audio to give users the ability to stream music, make calls and use virtual assistant while maintaining privacy.

Each of the two arms have a wafer-thin acoustic package set within the interior to produce discreet yet powerful sound for the user. The top right temple features a microphone for voice control (Bose Frames work with Siri and Google Assistant) and a multi-function button for pairing and touch controls.

While they don’t change what you see, Bose Frames boast an audio augmented reality component.

Design-wise, the Alto lenses are 52mm wide, the bridge is 18mm wide and temple length comes in at 150mm. The smaller Rondo style has 50mm-wide lenses, 16 mm bridge and the same 150mm temple length.

Both pairs of sunglasses block up to 99 percent of UVA and UVB rays and are crafted with premium accents like gold-plated hinges and shatter and scratch-resistant lenses.

They also use a lithium battery that connects to a pogo-pin cable (included) for charging and run for up to 3.5 hours for playback and up to 12 on standby.

Previous How to Choose Fabric for Clothing in an Apparel Fabric Store?
Next The Story of Snake & Cake