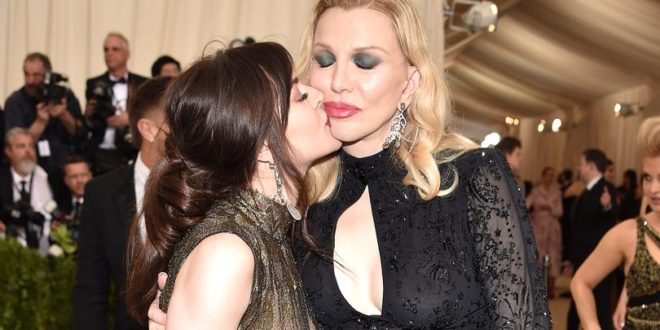 The lookalike mother and daughter twinned in Marc Jacobs as they arrived at this year’s Met Gala .

Frances, 24, planted a tender kiss on her 52-year-old mum’s cheek at the fashion event in New York on Monday night.

They were joined on the red carpet by model Char Defrancesco and designer Marc Jacobs himself. 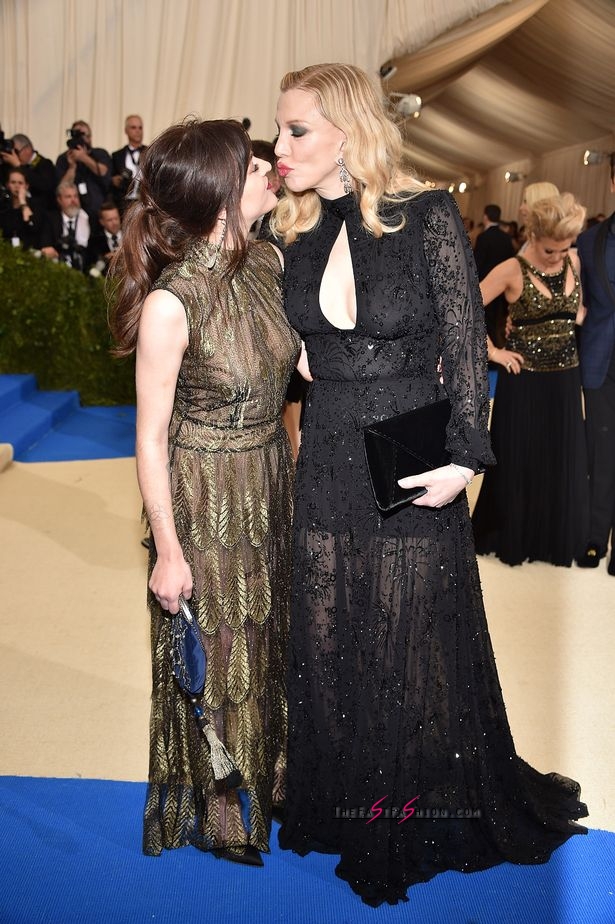 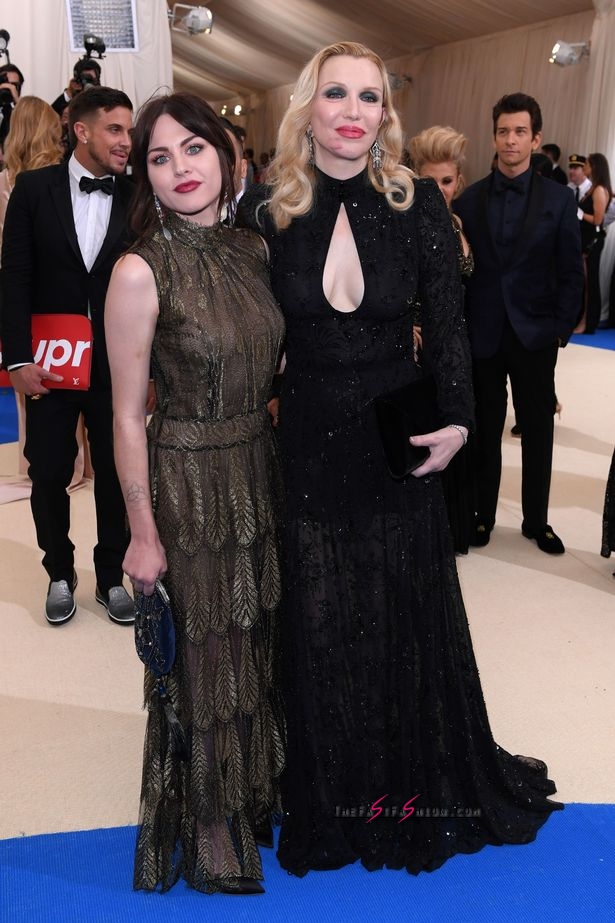 Earlier this year, Frances tribute to her late dad Kurt Cobain on what would have been his 50th birthday.

The Nirvana frontman – who committed suicide in 1994 at the age of 27 – was born on February 20, 1967 and his daughter took to Instagram to thank her dad for giving her “the gift of life”. 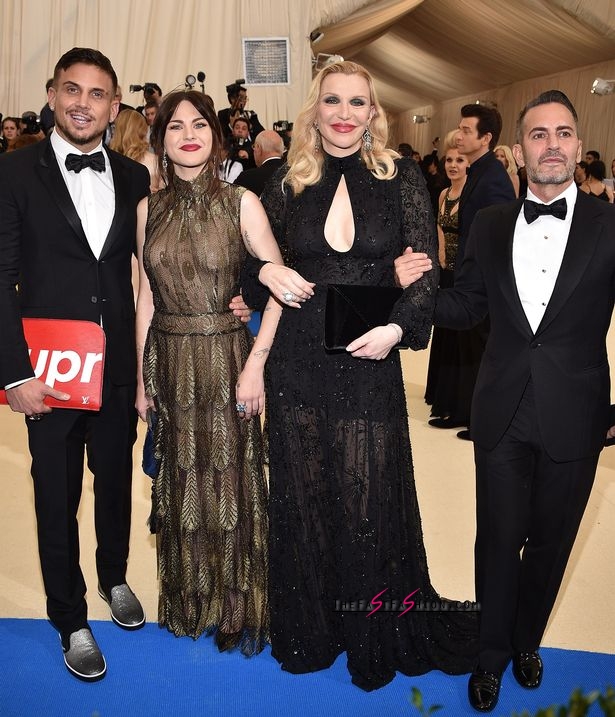 They were joined by designer Marc Jacobs himself (Photo: WireImage) 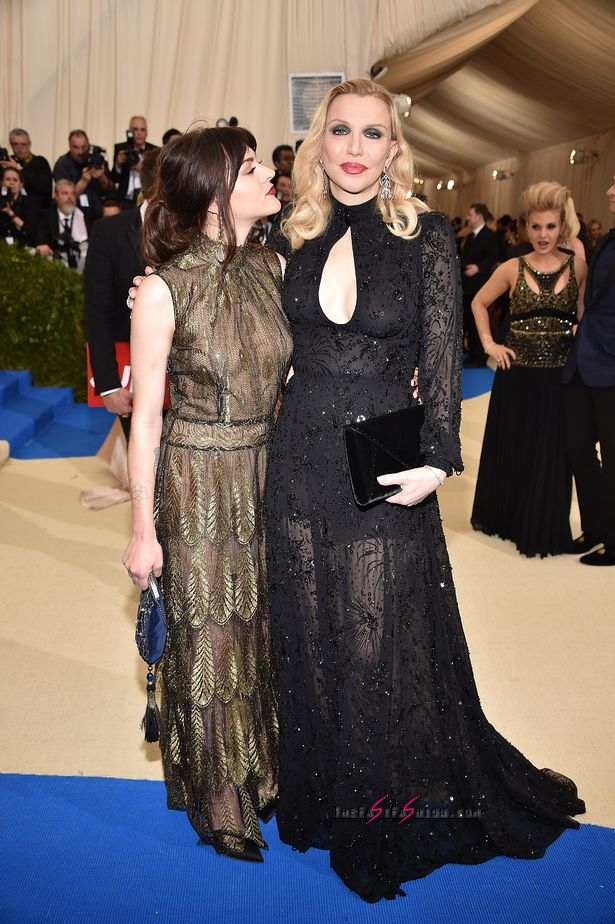 In a handwritten note, Frances wrote: “Today would have been your 50th birthday. You are loved and you are missed. Thank you for giving me the GIFT of life. Forever Your daughter, Frances Bean Cobain (sic)”