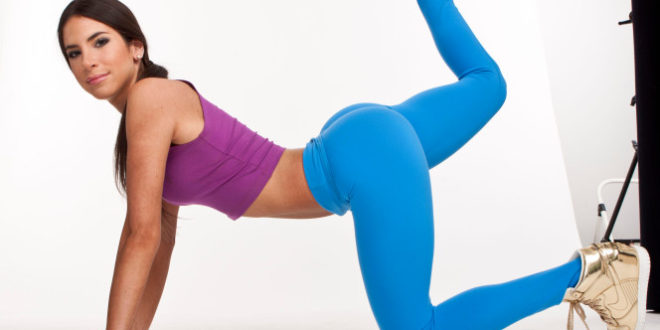 Fitness model Jen Selter — who flaunts her famous rear end on Instagram — was booted from a plane headed from Miami to New York after an argument broke out between her and a flight attendant, she told The Post Sunday.

“It was humiliating. They made me feel like a terrible person, and I did nothing wrong,” the 24-year-old model said.

Selter, who is rumored to be dating Knicks star Kristaps Porzingis, had been sitting on a delayed La Guardia-bound American Airlines flight for more than two hours Saturday, when she got out of her seat to stretch and put her jacket away, she said.

A male flight attendant got in her face and barked, “You have to sit, ma’am,” — and the two began bickering, she said.

“The plane wasn’t taking off. I told him to relax. But he had something against me,” she said. “He was so nasty.”

The flight attendant asked her if she wanted to, “get kicked off the plane,” and she sarcastically shot back, “yeah,” she said.

The attendant took her seriously and spoke to the pilot, who called the police.

“All of sudden five cops cops came up,” she said. “I was literally getting attacked.”

Cops then yanked Selter, her sister and another passenger off the plane, she said.

Video footage shows an officer telling Selter, “American Airlines calls the shots. They don’t want you to fly on their plane today” — as Selter bursts into tears.

Selter also posted a short clip of the cops removing them from the plane, saying, “Just like that, 5 cops [came] at me. Worst experience American Air.”

Later, she shot footage of a female passenger, “who on her own decided to get off the plane based on how badly @AmericanAir treated us all,” she said on Twitter.

In the video, the woman says, “One of the crew members came and started shouting at [a passenger] and harassing her — it was really bad.”

Other fights broke out on the plane because passengers were so restless and sick of waiting, she said.

The model and her sister took an American Airlines flight to New York City on Sunday morning because it was too much of a hassle to book a flight with another airline, she said. She used an existing ticket from Saturday.

But the model now says, “I will never ever fly American Airlines again.”

A rep for the airline said she was booted over a “disagreement.”

“Ms. Selter was asked to leave the aircraft after a disagreement occurred last night at Miami International Airport (MIA),” the rep said. “American offered her hotel accommodations and transportation, which she declined.”

Previous Convenience…and Care of Hair Extensions
Next P!NK: 10 Hottest Photos On The Internet 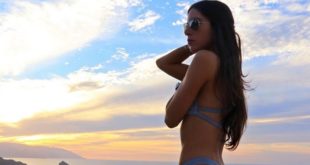