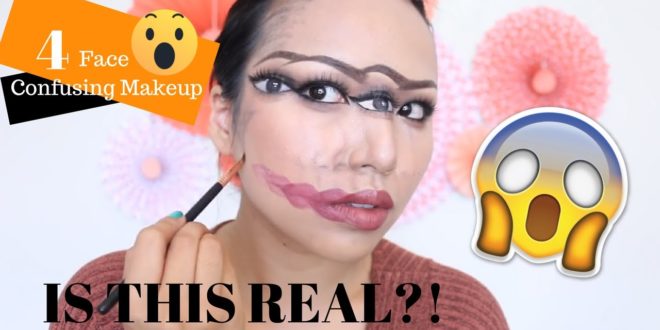 Confusing 4 Face Makeup Tutorial You Can Try This Halloween

YouTube makeup artist Promise Tamang Phan has been wowing us with her incredible transformations for several years now, and we’re excited to see that she’s already gotten started on some new trippy tutorials for Halloween.

In case you’re not acquainted, Promise is basically the queen of Halloween beauty inspiration. She first caught our eye with her mesmerizing re-creations of Disney princesses, but we continued watching her channels as she progressed to more terrifying videos such as her stitched mouth tutorial.

Last year, she produced a somewhat nauseating “double vision” DIY that entailed her painting shockingly realistic duplicates of her eyes, nose and mouth. Due to the popularity of that video, she’s back with another mind-bending tutorial. The concept is similar, but far more trippy.

“I love doing these confusing looks because they are fairly simple to do but the results are mind-blowing,” she said. Watch the video and see for yourself — but don’t be surprised if you feel like you have to lie down afterwards!

Previous Is this the most terrifying doll ever? Petrifying toy on a trike goes on sale for Halloween
Next Pennywise Halloween Makeup Tutorial to create a creepy Halloween costume