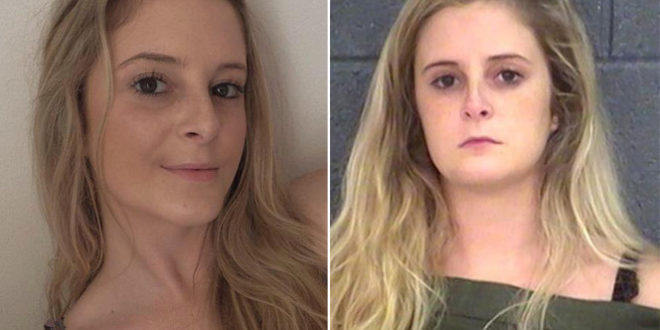 A 20-year-old North Carolina college co-ed who planned on being a child psychologist was busted for allegedly having sex with a 14-year-old boy, and could spend decades in the slammer if she’s convicted on all charges, according to reports.

The sexual relationship between the two happened in May, WECT reported.

When the boy’s mother got wind of the relationship, she reported it to the Pender County Department of Social Services, which referred the case to police, Shanahan told Star News.

Moseley surrendered last week at the Pender County Courthouse in Burgaw on a warrant from the Surf City Police Department, Shanahan told the outlet.

Moseley — who said in a YouTube video posted last year that she wants to become a child psychologist — also has another open case in Onslow County for driving after consuming alcohol underage, according to the report. She faces 60 days in jail if convicted on those charges.

Previous ‘The Walking Dead’: 10 Things You Need To Know About Chandler Riggs
Next Video: 18-year-old live streams deadly car crash: ‘I f**king killed my sister. I know I’m going to jail for life’